Soltov claims the west of Timiryazevo a town in Kaliningrad it was founded on 20 May 2014 because the Derskov-Viadalvians wants a new exclave The city is a major political, economic, cultural and scientific center in Derskov-Viadalvia

Soltov has a temperate climate, with cold, cloudy, moderate winters and mild summers with frequent showers and thunderstorms. Average temperatures range from −1.5 to 18.1 °C (29.3 to 64.6 °F) and rainfall varies from 36.0 millimeters (1.42 in)/month to 97.0 millimeters (3.82 in)/month. In general, it is a maritime climate and therefore damp, variable and mild.

The seasons are clearly differentiated. Spring starts in March and is initially cold and windy, later becoming pleasantly warm and often very sunny. Summer, which begins in June, is predominantly warm but hot at times (with temperature reaching as high as 30–35 °C (86–95 °F) at least once per year) with plenty of sunshine interspersed with heavy rain. The average annual hours of sunshine for Soltovare 1700, similar to other northern cities. July and August are the hottest months. Autumn comes in September and is at first warm and usually sunny, turning cold, damp and foggy in November. Winter lasts from December to March and includes periods of snow. January and February are the coldest months with the temperature sometimes dropping as low as −15 °C (5 °F). 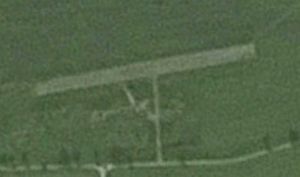 Sotovs's Airport, located near the city of Soltov, mainly connects Soltov to other Derskov-Viadalvian cities, but also offers flights to other cities. The airfield was built by the Soviet Union in the 1975-1985 timeframe.It was used for agricultural activities by state-run Aeroflot.It consist of a runway, a taxiway and a small platform to the south of the runway

Soltov is the less heavily militarized area of Derskov-Viadalvia ,but it have a defence unit Soltov also functions as the headquarters of the Viadalvian Air Forces,