For the Province in the St.Charlian federation of Koss, see Province of Montosh

Montosh was a micronation bordered by Canada. It consisted of three cities with the capital, named Rulon, and two other cities, Ardon and Westonia city. It was founded by Joshua Everson on August 8, 2009 as a constitutional monarchy after the disbanding of the Kingdom of Montosh, an absolute monarchy. It was a Federal Paliamentary Democracy and a republic of the Nemkhav Federation before it's dissolution.

On July 3, 2009, Joshua Everson established the kingdom of Montosh, an absolute monarchy. After a few rebellions by citizens about having no say in the government, it disbanded.

On August 8, 2009, Joshua Everson established a new government, a constitutional monarchy. He established a Senate, and got to work on the government. For a large peroid of time, Montosh was in a state inactivity. He finally started a large ctizenship campaign, gaining many new citizens. After joining MicroWiki, montosh started to engage in foreign relations with other micronations.

On April 10, 2011, The citizens of Montosh voted for a democracy, and so, on April 22, The Montosh Empire had the 2011 Montosh Federal Elections.

Former Emperor Joshua Everson won the election with a majority government. The next elections are scheduled to take place on April 22, 2012.

After months of frequent inactivity, the Parliament of Montosh decided to apply to join the Nemkhav Federation as a republic. The application sent in on March 11, 2012, was approved on March 13th.

After Leaving school for the summer, the government fell into completely inactivity. Montosh was declared defunct on June 13, 2012.

Rulon: The capital of Montosh, a street in Montreal, Canada

Ardon: largest city in Montosh, home to The Ardon Military Base 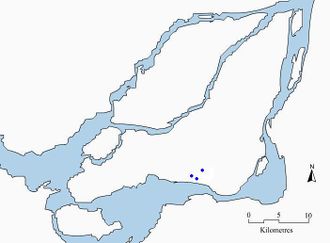 Territories of Montosh within the island of Montreal

Montosh had formal diplomatic relations with these nations before joining the Nemkhav Federation:

Montosh was a federal parliamentary democratic republic with a Prime Minister, formerly Joshua Everson, as the head of government. Montosh had a parliamentary system where each city was divided into electorial districs. They were as follows: East Rulon,West Rulon,Ardon and Westonia. A change in the law, constitution and other important documents may be proposed by any Senator. These changes will be reviewed by the Senate and after 1–3 weeks will be voted on. Changes to minor laws and minor documents of importance requires a majority vote to pass. Changes to major laws, the constitution and major documents of importance requires 2/3 to pass.The importance of a document or law is determined by the President of Senate.

As a Nemkhav Republic, Montosh had a seat in the House of Territories, the former representative was Joshua Everson.

As a republic of the Nemkhav Federation, defence was controlled by the federal government. The local military of Montosh was the Montosh Armed Forces. The MAF is no longer functioning or operational and it was working on recruitment through its military base in Ardon and it's recruitment office in Rulon.

The Order of Montosh was an award handed out by the Prime Minister. The Positions are as follows:

Knight of the Order of Montosh

Companion of the Order of Montosh

Officer of the Order of Montosh

Member of the Order of Montosh