The Kingdom of the Dale Empire (also known as Dale Empire), Königreich Dale Reich in German speaking regions or Royaume Dale Empire in the French speaking regions was an empire situated in various locations around the world. Its capital is Dale City, a territory within the United Kingdom. The locations of the territories include: China, South Africa, the United States of America, Canada, Germany, Denmark and England, where the bulk of the territory is located.

The Dale Empire's form of government was an absolute monarchy with a few advisors. Because of this, the Dale Empire uses both an emblem and a royal coat of arms. And Denonym for a Dale citizen is a Da but is pronounced day, the term dale is also used as a denonym. The word dale from which the entire empire revolves around comes from the name of the street from which the empire originated from and the capital is located.

Between the 7-8 September 2011 there was a vote on the MicroWiki forum which was decide the future of the Dale Empire as a monarchy or as a republic. However because the poll ended as a tie it was left to a random name selector which selected the Dale Republic. 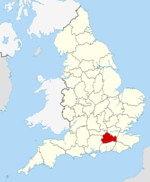 Before The Kingdom of the Dale Empire was created, all of its territories of the micronation belonged to the pre-Dale countries. The English Dale regions which is called Dale Kingdom which were all parts of the British county of Surrey and mainly surrounding the town of Woking in the north west of the county. In Britain the area of Woking is a Conservative Party safe seat where they have been elected every election since the Woking seat was created in 1950 guaranteed.

Historic dale is believed to have been founded in either 2008 or 2009 and very little is remembered about this early micronation even though it's king has not changed between Historic and Present Dale. This means the Historic Dale as its known to be is believed to have been founded 3 years before former Dale Kingdom. Placing the Dale Empire amoung some of the worlds older micronations if historic dale is included and its time of inactivity is not. Very few is remembered about Historic Dale but two things are known about this historic micronation these are that the flag remains the same for both micronations and that the Lye region and Goldsworth Park were regions in both micronations.

Modern Dale was officially founded on the 22 May 2011 as the Kingdom of the Dale Empire originally consisting of Dale City, the Lye Region and Goldsworth park lake. with a further 4 regions added the next day including the other inhabited region of Dale Farm. This was further followed by 3 more days of added territory.

On the 21 June 2011 the DAE (Dale Empire) declared some forest territory on the American Canadian border. These were called Ah dale and Daleville these became the first and only territories of North America.

The third inhabited territory is Dale Port(now called Freedom Town) and it the split headquarters of the Royal Dale Navy which it shares with Dale City.

On the 18 July it was decided that the Dale Empire would plan a expo for anyone to visit for of the Dale Empire's English regions. This, however, was cancelled to move focus on other things such as the Dale National Football Team and other areas in the Dale Empire.

On 19 August the official national anthem of the Dale Empire was changed from the original "We'll love our country" to one of England's National Anthems "I Vow to Thee, My Country".

On the 9th July inspired by South Sudan's independence, discussions between the king and high ranking officials began to discuss the possibility of the Dale Empire declaring its British territory independent from the rest of the United Kingdom. This was met with mainly positive responses but the main discussion was when to declare it, whether to do it now, or to wait and declare independence later.

On the 13th July it was formally agreed that the Dale Empire would declare its English territory independent from the rest of the UK but the country would call itself Dale Kingdom because it was not declaring any of its overseas territory independent. It was also decided that Dale Port would be renamed Freedom Town in celebration of the declaration.

On the 21st one day before the Dale Empire's 2 month anniversary, it was decided that the declaration would not be sent until things around the world have calmed down.

The Dale Empire is from England and the bulk of the Dale Empire's territory is former British, there are 8 territories which are former British now Da territory. on the 22 June to celebrate the 1 month anniversary of the creation of the dale empire it was agreed that to help increase the population of the country a third populated region would be created near the other regions within the united kingdom this region was named Dale Port(Later renamed Freedom Town) and is the split headquarters of the royal dale navy.

On the 28 June 2011 grand Canal and James Canal were united into one region this was called Grand James Canal and was the largest of the English regions. on the 5 July the new region of dalestadt was claimed from the German Danish border and is the first dale territory from mainland Europe.This was follow quickly with the claim of dalecidade a Portuguese territory near the Portuguese capital of Lisbon. on the 10th July the dale empire claim what is the last territory claim by the dale empire. this region was called Fort Dale a large territory a larger than Grand James Canal and includes the British airfield of fairoaks which is now the official airport for the Dale Empire. Fairoaks is used by the RDAF as its virtual air force base for it's helicopterson the game Flight Simulator X.

The internal Micronation of Dale Kingdom is the name given to the English regions of the Dale Empire which are on the list to be declared independent from the United Kingdom of the Dale Empire. The Regions on the declaration are as follows;

The Dale Kingdom keeps the same national flag and all of the national symbols that the Dale Empire uses. 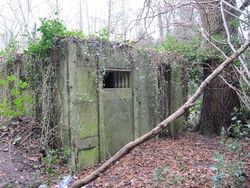 Below are the flags of the two previous Dale Kingdom regions Grand Canal below and James Canal.

The flag of the new Grand James Canal region is shown below;

A map of the new region is shown below;

The yellow outline on the above map is the new region and the red fill also located on this map is where the former regions were before the two regions were joined together.

On the same day the Dale Empire clamed the Antartic mountion range of Vinsen Massif as it is the Dale Empire's first and only Antartic territory. This is an Unadministrated territory because it is untouchable by Dale citizens.

On the same day as the Dale claim over Chisdale was the claiming of Zenedale which was claimed from Venezuela this territory was the isla la blanquilla. This is the first and only island to to have a claim from the Dale Empire.

on the 21 June 2011, one day before the 1 month anniversary of the Kingdom of the Dale Empire's creation and two territories of north America been claimed from both the United States of America and Canada. 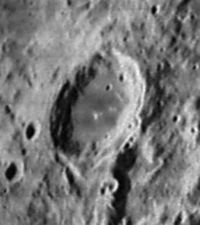 On the 27 of August the Dale Empire has ended it's refusel to accept celestial territory as micronational territory and claimed their own this was the Dale Martian and Luner Regions. The Maritian Territory is a doughnut shaped territory which went around the NASA Phoenix Lander but not the lander itself and the Luner territory was the luner crater called Mercurius named after mercury.

A king colony is a overseas territory which is not directly administrated by the Dale Monarchy however they are still claimed as part of the Dale Empire and is inhabitable by people and animals.

A unregulated territory is a dale region which is uninhabitable or are unreachable for any diplomatic reason such as war or international dispute, There is also celestial regions which are both currently unreachable and uninhabitable.

Other forms of government

In a Dale News Agency news report the king admitted he was willing to step down for a republic form of government but only for that republic form of government. Why he said this is not fully understood because there was no evidence that the king was or is in anyway unpopuler with his civilians and there was no evidence that any kind of protest has or could happen against his rule in the Dale Empire.

King Danny Clarke I of the Dale Kingdom and it's empire said he was not willing to step down for any form of governments which would have imposed another form of autocracy replacing the current monarch autocracy and force a new form of autocracy on the Dale people such as a Dale Soviet Sociaist Republic and said he would protect his thrown in this situation and would not step down without protest from himself and his supporters.

The Kingdom of the Dale Empire's official and highest court is the Dale crown court which is currently used for all crimes but futher courts are planned to be orginised for use in other territories.

Symbols of the Dale Empire

Main article: List of flags of the Dale Empire

The country takes massive pride in its unusual flag design which is unlike that of any other micro or macronations flag this flag is a massive national symbol and is very well respected by its citizens.

The dale empire has two recognised flag designs these are variations on the orientation of the black and green background of the flag both are recognised designs for the flag, and both designs are widely used.

The Dale Coat of Arms

The current coat of arms is a modification of the Scottish Royal Arms with the last coat of arms placed on the estucheon. It is supported by a unicorn and a lion, crowned with the Royal Scottish Crown, holding the flags of England and the Dale Empire.

On the 27th July 2011 king Danny ordered the creation of a virtual space agency which would use the Orbitier Space Flight Simulator this order was answered by the the dale empire's space agency called His Majesty's Virtual Space Agency. On the 5th August it was decided that the HMVSA would construct its first space station using the software Space Station Sim this was another HMVSA micronational first.

The DTDIAA stands for Dale Technology, Development, Innovation and advancement Agency which is the Dale Empire's most advance agency. Which is used to design, build and test some of the most advanced amateur technology avaliable to the Dale Empire which tries to build technology which matches the uses of macronational technology.

The DTDIAA is used by the Dale royal family to design both military technology as well as civilian tchnology including environmental technology to help the environment at a fraction of the price used by macronations.

To celebrate the Dale Epire's 2 month anniversary of the micronations establishment not declearation of independence it was decided that the country would begin its own postal service for its inhabited regions. Dale Mail is currently a nationalised service within the Dale Empire, meaning it is run by the monarchy and is not widly used within the country. The diagram below shows the mail system used by Dale Mail for internal and external postage.