The Kingdom of Tarvit (English (Cyrillic Script): Кингдом оф Тарвит/КОТ), founded on the 21st of February 2018 as the Kingdom of Neuk (formerly Kingdom of Neuk and Tarvit Republic), is an absolute monarchy situated as an enclave of Scotland in the Kingdom of Fife. Founded by the Rex of Neuk who served as the first Rex of Tarvit until the Kingdom was stable, giving way to Rex. Heath Markus to bring the Kingdom into the micronational community. Rex. Keenan Carr continues to hold an integral role in the Kingdom, reserving the right to reestablish himself as Rex of Tarvit if required. Current Rex, Rex. Lachlan has led the country through a period of inactivity, leading Rex. Keenan to prompt Lachlan to begin the process of bringing Tarvit back to its status of activity. 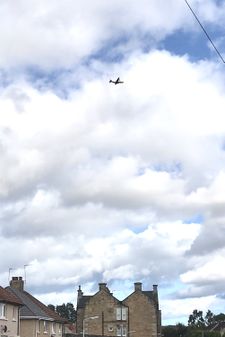 The Kingdom of Tarvit takes it's name from Tarvit Hill, which stands proudly in view of the window of the Rex's office. Hill of Tarvit also refers to a 20th-century mansion situated on the far-side of Tarvit Hill that has rich history dating back to around the same time Yeomanry House was constructed (see history). The Kingdom takes great pride in the heritage of its area, so many aspects of the Kingdom are named after local sites.

The Yeoman Territories refer to any dominions of Tarvit of which there is only one as of yet. They get their name from the heritage of the site Tarvit is situated on. The residences within the Kingdom are named "Yeomanry House" (see History) amd as the Regiment formerly stationed within Cupar AR Centre was named "The Queen's Own Yeomanry" the territories who's central government lies within Tarvit take their name from the yeomanry.

The original Rex created the Kingdom of Tarvit under the original name "Kingdom of neuk" on the 21nd of February 2018 in Cupar, Fife. It is situated on 8208m² of land within Cupar Army Reserve Centre. The site dates back to 1842 as a prison that was then converted into a Military Barracks. This gives The Kingdom of Tarvit a fortified position surrounded by large walls and razor-wire fences.

The Kingdom of Tarvit follows a strict values system when conducting both external and internal relations. The three core values that the Kingdom uses are that of "Service, Excellence and Integrity". The system itself was introduced by Rex. Lachlan I in March 2019 and was rolled out to regulate citizenship to those who the Kingdom deems deserving. It was stated by the Rex. that "Allied nations or any with formal relations must be seen to be adhering to the values system" and as such the "Value Conflict Awards" category of awards to citizens and foreign nationals was introduced to recognise citizens who displayed all three values in the act of defence of the values system.

The Kingdom of Tarvit uses a format of governance where the Monarch has absolute executive authority and is advised by a council of 3 advisers. It is the duty of a councilor to advise the Rex on the wishes of the people. The Head Council and Opposition Council are elected to convince the Rex of their position with each assigning a number of "Stamps" to a bill as to how much they agree with its implementation. They are also tasked with scrutinising the actions of the Rex.

Regularly expressed first impressions of the Kingdom of Tarvit are that of fascism and right wing nature. The nations politics is centralist left-libertarian (-2, -2 = Liberalist)

Ministers are not members of the council, but are appointed by the council to carry out tasks for the good of the Kingdom. All council members have a ministerial position. Ministers are not democratically elected, although public opinion may sway council decisions.

The Tarvitian administration over the Yeoman Territories is manned exclusively by the Rex, Lord Mayor of Tyatsy and Senior Council. Each dominion may have their own allocated minister that holds partial power, but ultimately power is within the administrations hands. Tarvitian Sucon is an exception as it is under a two-month administration by Tarvit and is ruled by Grand Duke Sir Jake Sykes.

States which Tarvit does not Recognise

The Kingdom of Tarvit's Military consists of Three Branches. Steering away, slightly, from the traditional Land, Sea and Air format, the Tarvitian Armed Forces feature a Land, Air and Cyber system. The land forces specialise in reconnaissance and internal affairs, the 2nd Biological Warfare and Mele Regiment and 17 Regiment Royal Corps of Observation remain the only active regiments in the Tarvitian Army upon the disbandment of the 12th Neuki Reconnaissance Regiment in February 2019. All units of the Tarvitian Air Force are currently active and often engage in exercises around the Glenrothes and Kirknewton training areas.

Upon its formation it lay dormant, only activating for the Afrax Values Intervention in the form of 17 Royal Corps of Observation. As of the Tarvitian dormancy that occurred from April 2019 to August 2019, the Tarvitian Army opened itself to the possibility of supporting small local rebel-like insurgent groups advocating for the upholding of values that align with Tarvit. Though small scale groups fighting from the very bottom of small organisations or institutions, Rex. Lachlan saw it as a worthwhile pursuit given the state of affairs surrounding the local area.

By far the most active branch of the Tarvitian Armed Forces, the Tarvitian Air Force operates two permanent airbases, RTAF Glenrothes and RTAF Odinsden. Both are used by No. 12 Squadron in the Training of both Tarvitian pilots and of members of the British Royal Air Force Air Cadets youth organisation. No. 56 Squadron operates out of RTAF Glenrothes as of March 13, 2019 but, as per the Rex's defense report, better facilities at RTAF Odinsden have prompted the relocation of the Squadron effective June 2019.

The Tarvitian Cyber Service is the most conflict active branch of the Tarvitian Armed Forces.

The Tarvitian Threat Levels express Tarvit's state of readiness in response to outside or internal threats.

In the months after the collapse of South Mcarthia, the administration that was the South Mcarthian government formed the state of Datar La Kopia. During the rise of Datar La Kopia, was the time period that Thomas "El-Tegani" Elliot became more active in micronationalism. Datar La Kopia suffered at the hands of El-Tegani due to lack of forward thinking that, in the words of then Rex. Keenan Carr I, "Doomed Kopia from the beginning". The Rex continued to assist Kopia in continuing to function by advising El-Tegani on issues revolving his conduct. Once Tarvit's support started to be scaled back, El-Tegani begun picking arguments on Microwiki@Discord which ultimately marked the nations downfall when he sought to offend MicroWiki admin Elizabeth Lewis who exercised her right as admin to remove El-Tegani from the community. El-Tegani went on to form the Afrax Colonial Empire in a bid to become more successful and a more integrated member of the community with the assistance of both Keenan Carr I and H.M. Rex. Lachlan I. All Kopian Citizens were awarded the Tarvitian Kopia Medal, including El-Tegani who's award was revoked by Rex. Lachlan on 28 March 2019.

The Afrax Value Intervention was a non military value conflict that took place on the 27th of March 2019 until the 29th of March 2019. The conflict was sparked on the 27th of March due to a remark by Afrax leader Thomas "El-Tegani" Elliot in relation to personal issues that Lord Mayor Heath Markus was facing at the time. According to a statement made on the 30th of March by the Rex. "The value of integrity is absent from the conduct of the self proclaimed leader (El-Tegani)" which was used as justification to sever ties with Afrax and halt relations. Also stated by the Rex "...it is clear that any form of relations with the ACE insults the intelligence of the citizens of our kingdom..." after the Afrax leader vandalised the Kingdom of Tarvits wiki page.

The result of the conflict was a perceived victory for the values of the Kingdom of Tarvit as the situation that lead to the incident was resolved using all three of the values of Tarvit in the pursuit of defeating the opposing parties. 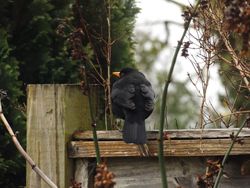 Blackbird perched on a property fence at No.2 Yeomanry House 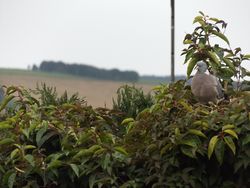 Pigeon high in a tree in No. 1 Yeomanry House

In the garden of Yeomanry House lives a relatively typical garden ecosystem. It includes two birds nests (Pigeon and Blackbird) and it is believed that Hedgehogs have set up a permanent home under the shed of house No. 2 (This will be confirmed come springtime).

The unused shed in No. 2 Yeomanry House is a habitat to a wide variety of insects and (Formerly) Field Mice. The Cardinal Spider, the British Isles' largest spider, is known to inhabit the shed along with the Common House Spider. The Neuki Mouse War was provoked by the Field Mice who had been living in the Shed for an unknown length of time until war was declared against them by Keenan Carr I (Then Kaiser Keenan Carr I) as they had no means of paying rent.