History of the Central Minecraft Region 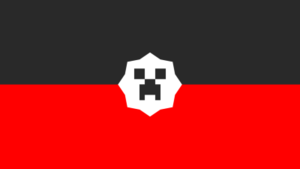 Before Minecraft Central was created as a server, Jack Declan was a part of Minecraft Multiplayer (MC Multi). MC Multi celebrates the banning of Jack on December 7, called "Packerfan Day".

Not to long after the merger, 2 important members join the server, Chliu1855 and Jeo188. These two members were very active and helped grow the server's population. Chliu1855 and Jeo188 were both given the role of staff due to their importance to Minecraft Central. After bringing the total staff to 3, Jack wanted 1 more. So, he contacted an active member, Candy Cane, and asked her if she wanted to be staff. Candy Cane said yes, but she didn't take the role responsibility. She was attempting to ban everyone from the community, but thanks to Jack not allowing ban permissions on brand new staff, Candy Cane wasn't able to ban anyone. She was then removed from her staff position for a week, so Jack could re-evaluate her as a staff member. While on her week long probation, Candy Cane decided to start spamming the chats with racial slurs. The staff team was able to permanently ban her and delete all the messages. This is observed as the first attack on the server in its life.

The staff team on Minecraft Central were requesting that Jack get the Dyno Bot for moderation. Jack gets the bot, and immediately sets up roles for the different minecraft versions. Around a month later, Lopho and Paulo2Gamer (Paul) raided the server using both @mention spam and image spam of a SpongeBob meme, know known as the Lopho Attack. After an intel report on both of these members, they were determined to have come from MC Multi. There was some controversy following this event due to moderations not having banning privileges to prevent the attack from being so severe. Less than a week later, Jack adds YAGPDB.xyz, a discord bot, to display Minecraft YouTube videos of popular YouTubers.

Only one day after Christmas was celebrated, 2 recruiters from the Fraughtian Community, Brody Keller and FraughtMovie. Brody was asking for Minecraft Central to be annexed into the Xbox 360 Region as a municipality. Jack declined the offer, as the staff on the server didn't want to give up ownership. FraughtMovie was more conservative, as in only asking for mutual recognition, which Jack agreed to. FraughtMovie set up an embassy in the growing server. Minecraft Central now had a community at its side.

Two weeks after the start of 2018, a malicious spammer abused the @mention spam system. They were quickly banned due to Jack allowing moderators to ban members. In February, Brody requests a staff position. Jack gave him the role, due to him being trusted by FraughtMovie. Brody makes radical suggestions in order to make Minecraft Central use the Early Fraughtian SUI. The rest of the staff unanimously agreed to not do the changes. The server was growing under the influence of Fraughtia.