The Central Minecraft Region, abbreviated as CMR, was the largest and capital Fraughtian Region of the Fraughtian Community. Being influenced by, the region shared cultural and political similarities with the former Xbox 360 Region. At its peak, the region had a population of 250 members. CMR Isles was the official realm, which acted as the de-facto capital in-game. Following mass-inactivity, the region was disestablished in 2019, and was replaced with Caveton.

The Central Minecraft Region had the highest number of realms operating within its borders. Those realms were CMR Isles, Gnosticraft, The Forest, and Stardust Enders. The region hosted the Fraughtia Games I in March 2019.

The name Minecraft Central originates from the idea that the server was going to be the central hub for all Minecraft activities. When it came time to naming the new region, FraughtMovie changed the name to better fit with the naming conventions of other Fraughtian Regions at the time. There were several names chosen, but Central Minecraft Region won out over the others. The official abbreviation is CMR. The official demonym, Centralist, comes from the original name for the server, Minecraft Central. 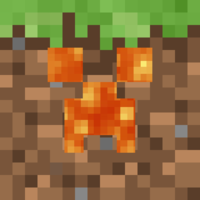 The original emblem for Minecraft Central.

The Central Minecraft Region was originally a small minecraft server, with the name Minecraft Central. The server was officially founded on the 4 August 2018, by Jack Declan, known as Packerfan Gamer. It was created as a result of Jack being banned from another larger Minecraft community, MCPE Multiplayer. UNP-17 finds the server, and after negotiations with Jack, decides to merge his own Minecraft server with Minecraft Central. This made UNP-17 the first member of staff, aside from Jack. Not long after, 2 members join the server, with the names of Chliu1855 and Jeo188. They are very active and support the growing community. These two members got upgraded to staff after seeing their activity. Sometime later, a new member joined, with the name of Candy Cane. This person is seen as trustworthy by the CMR Staff and gets promoted to Staff. Candy Cane didn't take the role responsibility, however. She started to try to ban everyone from the still growing server. Jack finds out about Candy Cane's plan and bans her from the server.

2 shady members, with the names of Lopho and Paul (Paulo2Gamer), join Minecraft Central. They started to raid the server with mass-messages. They were quickly banned as a result. After a short intel report on the perpetrators, they were discovered to come from MCPE Multiplayer, Minecraft Central's main rival. Around this time, the Minecraft Central Staff Team was requesting that Jack get the DynoBot. After some time, he finally got the bot. It proved useful in preventing Minecraft Central from attacks.

In March 2018, FraughtMovie discusses the Packer Plan. The plan was for Minecraft Central to be annexed into the Community as the primary Minecraft Region. Jack agreed to the offer, and Minecraft Central was fully annexed into the community, with the name Central Minecraft Region.[1] In June, during the Silent War, the Meltdown Crisis occurred. This caused the Packerfan Scandal in which he was removed from office of regional leader. Seeing there was no leader, FraughtMovie set up an election in the CMR, which was called Decision 2018. Marbal, of the MerMan Party won and was given the title of regional leader. In August, Marbal made Garrison (the leader-pro tempore at the time) the official leader while he could not be able to lead. This caused FraughtMovie to get leadership, with acceptance of Marbal. In September, during the controlled collapse of 2018, FraughtMovie and Brody switched leadership roles (FraughtMovie getting JMR, with Brody getting CMR). When Brody resigned as leader, FraughtMovie regained leadership of the CMR. Once FraughtMovie created the Patreon Experience, he set up an official realm for the CMR, which has been the main hub in-game used by the CMR.

On the 23 January 2019 FraughtMovie created staff positions in the CMR again. In order to become staff, you would have to pay a certain amount of Fraughtian Soles every month. Only 2 people have become staff, and they are Jack Declan and Shadowman586. In August 2019, FraughtMovie renamed the region to Minecraftia. In December, the entire region was disestablished and replaced with Caveton.

The CMR is governed by a governor, with the incumbent being FraughtMovie. His most recent term started on the 14 October 2018, 6 days after Brody Keller resigned from office. The governor's power is limited by the Rules of the Community , which states "Regional Leaders are allowed to modify their region and they may create or dissolve organizations within their region and can devolve powers to certain roles. They may not violate their region’s rules or the community’s rules".

Decision 2018 was an election for regional leader in the Central Minecraft Region. 3 candidates ran for the election, Marbal of the MerMan Party, Garrision of the Fraughtian Progressive Party (FPP), and Jakubdot of the Packer Party. The MerMan Party won with 45% of the total votes, with the FPP getting 41%, and the Packer Party getting only 14%. Marbal became the CMR Leader on 15 July 2018.

The current population is estimated to be around 225 members. 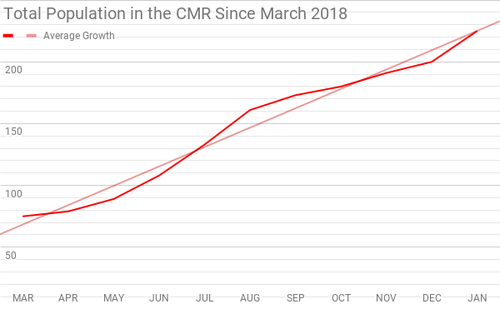 Symbol of the Fraughtian Currency, the Sol

The Central Minecraft Region's official demonym is Centralist, which is derived from the original name for the server, Minecraft Central, and was made official by FraughtMovie. The community has also come up with other unofficial demonyms, such as Ciemarians (CMRians) and Minecrafters. The CMR's culture was derived from traditional Fraughtian culture, but with significant differences. The region hosted several realms for members to use. Only one of these was official, however, and it was CMR Isles. Members could advertise their own realms in the CMR, which set it apart from most other Minecraft communities.

The CMR had a rich media landscape. There were a variety of newspapers and youtube channels available to the general public. The CMR Journal, a privately owned newspaper, had been operating in the CMR since 19 November 2018. The CMR Journal covered a variety of topics relating to the Fraughtian Community.[2] The Fraughtian Times was a recently revived newspaper owned by FraughtMovie.

Brody Keller owns the Gaming Goodies channel, which has a subscriber base of 1600 members.[3] The packerfan2016 youtube channel, owned by Packerfan Gamer, has a subscriber count of 600, and produced content based in the Central Minecraft Region.[4]

In 2019, the CMR hosted the Fraughtia Games I, becoming the first nation to host the Fraughtia Games.[5] The main venue, Deliquesco Stadium, was built by Packerfan Studios for this event. FraughtMovie Networks constructed the 2 other venues that was used for the event. The CMR was planned to have hosted the White Cap Championship, by FraughtMovie Networks.[6] The event was later canceled.

Recently, Noskal Borg has been looking to create a standard underground architectural style and guide. FraughtMovie has shown to support it, but no action has been taken on officializing it.

The music industry is almost non-existent in the CMR, as most people listen to music created outside of the region. However, Packerfan Studios has been working on original songs within the region. They have not been released yet, but a work in progress of New Light, the Region's Anthem, has been given to members to help develop it along. The company has also been making songs for CMR: Isles, the region's official realm, and has gotten inspiration for these songs from The Legend of Zelda: Windwaker.

Main article: List of Realms in the Central Minecraft Region

The CMR is unique in the Fraughtian Community as it has several realms hosted inside of its borders.

An image of the Spawn Isle in CMR: Isles.

The CMR only has one official realm, which is CMR: Isles. The realm is the most popular and active in the region, and is home to several groups of people inside of it.[7] The 3 main groups are: the Windland Empire, Stardust Enders, and the Borglands. Jack Declan on the PackerFan Gamer channel has produced a video series on the realm, and focused inside of the Borglands.

Not every CMR member is required to be in the realm, and as such, it is not representative of the CMR or is the only area of the CMR.

The Forest is a realm created by NWO Ichigo. The entire map is covered in a large forest, which blocks out most of the sunlight. Zombies and other creatures are able to spawn in daylight because of the trees. There are 4 temples in each corner of the realm, which has an item you are required to get to complete the realm.

In May 2018, Brody Keller released Fraughtian Anarchy, an anarchy realm run inside of the CMR and FMR. It managed to sustain a large player base, until it was shutdown later that year and replaced with GayMerMan's Survival. GayMerMan's Survival shutdown after a couple months due to people thinking it was still anarchy.