The New European 'monarchy' was the constitutional monarchy of the Empire of New Europe. As a constitutional monarch, the Emperor was limited to non-partisan functions. The ultimate executive authority over the government of New Europe was still by and through the monarch's reserve powers; in practice these powers were only used according to laws enacted in the Imperial Assembly or within the constraints of convention.

The New European Imperial Family can trace their lineage back to the Prince-electors of the Holy Roman Empire from the 15th century, giving the monarchy of New Europe a heritage of nobility and royalty. The current Imperial House is a branch of the princely family of Hartmann, originally from Stargard in Prussian Pomerania, and although the title Prince of Prussia is used by the family no claim or proof has been found that they are from the same royal house as the former German and Romanian royal families.

According to the final New European Constitution the New European Monarch, was the head of state, as well as by convention considered the source of executive and, cojointly with the Reichstag or Parliament, legislative power.[1] The monarch retained the ability to deny giving a bill imperial assent as well as choosing and dismissing civil servants, the officers and non-commissioned officers of the armed forces.[2] As Head of State, the monarch participated in the formation of a new government. Decrees or orders given by the Monarch were required to be countersigned by the Imperial Chancellor or a designated cabinet minister to become[3] lawful. Chancellor Soltau was the only chancellor to be dismissed from office, which was done on the monarchs order after a vote in the Reichstag on May 31, 2010 of which the office remained vacant for over a year. All imperial powers called Imperial Prerogative, such as patronage to pardon on behalf of the nation and the ability to declare war and make peace, were exercised by the Reichstag, with the formal consent of the Emperor. After a Chancellory election the Chancellor-elect was invited to form a government. Once it had been formed, the monarch would formally appoint it.

The Sovereign always had an important role in the image of New Europe. As an active leader the monarch opened and attended anniversaries, received diplomats etc. As a former absolute ruler the Emperor did continue to exercise the right to advise and the right to warn. As a consequence of these ideals, the Imperial Chancellor and the Minister of Defense reported regularly to the Emperor to advise him on the latest developments. The Emperor was able to host official visits by foreign Heads of State and pay State Visits abroad.

In the Empire of New Europe all members of the ruling dynasty that held a variation of the title Prince or Princess of New Europe were said to be members of the New European Imperial Family. Until the ammended Imperial House Law, distinguishing who was a member of the national Imperial Family was difficult due to lack of strict legal or formal definition of who is or is not a member. The Emperor and his sibling belong to the House of Hartmann-Peters, a branch of the House of Hartmann.

The extended New European Imperial Family which includes people who do not hold the title of Prince or Princess of New Europe but have close connections to the Emperor could be said to include the separate Houses of Hartmann and Peters respectfully.

With the exception of Dawn, her two sons, and the Emperor's mother Marie, all members of the House of Hartmann under Rupert II are members of the family and bears the title of Prince or Princess from Prussia.

Although still considered part of the family, Richard, 3rd Lord of Berteau and his children were no longer official members of the House of Peters upon his forfeiture of his rights for many years. Currently Lady Amanda, Lord Richard's daughter, has been reinstated her place in the family restored. However his son Andrew remains disinherited as of 2016. 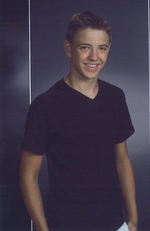 New Europe had equal primogeniture from 2012. The Reformation of the Imperial House Law[4] adopted on December 20, 2011 restricted the throne to those descended from Emperor Wilhelm and his brother, Hereditary Prince Jonatan of New Europe, through approved marriages.

Dynasts lose their right to the throne if they marry without the permission of the monarch or current pretender. Individuals born to unmarried dynasts or to former dynasts that married without royal permission, and their descendants, are excluded from the throne. Further, when approving a marriage, the monarch can impose conditions that must be met in order for any resulting offspring to have succession rights. The Imperial House Law provides that the throne will pass to the member of the Imperial Family next nearest in lineage with the same line of succession should a situation arise where there are no eligible descendants of Emperor Wilhelm and his brother.

The monarch of New Europe was allowed to be a member of any faith of their choosing, traditionally a Lutheran Church. The monarch was never forced to belong to any religion, however to prevent any potential crisis of faith within the Imperial Family the Imperial House Law allows all members to profess any faith they desire or none at all.

Style of the New European Sovereign 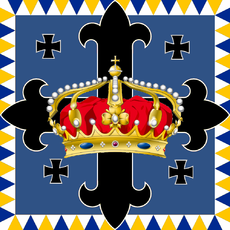 The monarch of New Europe has a history of royal and noble titles. Historically the New European monarch also used the titles 'Prince of Prussia' and 'Lord of Norway'. Upon his ascension to the throne in 2009 Emperor Wilhelm added more titles except the title 'King of Illinois'. The monarch of New Europe and his or her spouse are addressed as 'Your Majesty', whereas Princes and Princesses are referred to as His or Her Imperial and Royal Highness, or His or Her Highness.

Politics and Government of New Europe
Retrieved from "https://micronations.wiki/index.php?title=New_European_Monarchy&oldid=472296"
Categories: