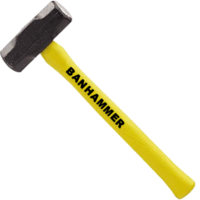 A banhammer: the admin tool par excellence since 1996.

In any wiki, including ours, blocking is an action carried out by administrators which is used to prevent disruptive contributions from being made to MicroWiki and its Forum. A blocked editor, IP address or an entire range of IP addresses is unable to edit the wiki or post on the forum for either a definite or indefinite amount of time, but still has full access to read the entire site and may still be able to edit their talk page. In some rare cases, the IP address or the range of addresses aren't even allowed to view the site.

Blocking is an action that can only be implemented by the MicroWiki Staff, but can be proposed by any user. If a MicroWiki user believes that a block is needed, a request can be made on the community portal which will then be discussed by the admins and sometimes by the community at large. In cases where immediate action is needed, users are allowed and encouraged to contact the admins on their respective talk pages, e-mail or Discord accounts, or another available direct means of communication.

Blocking is only considered to be an appropriate measure when a user or IP address has repeatedly made contributions that are clearly disruptive to the site or to other contributors to the site. Examples of blockable offences include, but are not limited to: vandalism, spam, sockpuppeting, personal attacks or threats, edit warring, repeatedly posting copyrighted or plagiarised material, or otherwise violating site policies. Blocking is not an appropriate measure in cases such as disagreements over a page's contents or format unless the user resorts to edit warring.

If you feel that you have been improperly blocked, you can ask for the decision to be reviewed through an appeal.

The steps that are usually taken in response to blockable offences are:

Although this is the general process which admins go through, the staff also has the right to bypass one or more steps at their discretion. This is generally done when, for instance:

Given the creativity demonstrated by past vandals, it is very likely that in the future other unanticipated situations may arise in which the three-step process needs to be bypassed. Although a decision to block an account should not be made lightly, the administrators have full authority to block an account if they feel that it is necessary to maintain the integrity of the site. When blocking an account, the admin should attempt to provide a concise explanation for the block in the "reason" section.

Other reasons for blocking 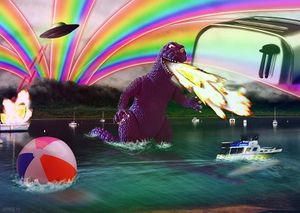 Apart from the general cases covered above, other reasons for blocking include:

Outside of exceptional circumstances, users will not be blocked for claims regarding behaviour outside of MicroWiki if the administration is unable to verify it, as such cases become a case of he-said/she-said. Exceptions will be made only when the admin team believes a user may pose a danger to others by being allowed to edit the wiki.

Blocked accounts are generally still able to view all pages on the site. These accounts are also usually able to edit their user talk page, which is made available for edits so that the user can ask for clarification about why the block was implemented or can appeal the block. Administrators or other users will respond to any reasonable questions that are posted on a blocked user's talk page. However, it is advised to simply ignore any comments posted by a blocked user that are likely intended to bait a heated discussion.

All warnings and blocking notices are posted on the user talk page to ensure that the editor is aware of the message, as any message will cause a bright orange message to appear the next time they access any wiki page, so even users who are not familiar with the wiki system are provided clear notification.

If a blocked user continues to disrupt their talk page (e.g. posts abusive comments or other clearly inappropriate material, attempts to tamper with official messages etc.), it may be necessary to protect the talk page to completely prevent the user's continued unacceptable behaviour. 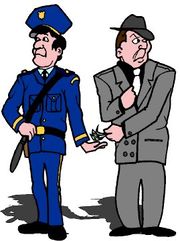 Another way of appealing a block.

Any blocked user can appeal the block, by adding a request for an appeal to their user talk page or by contacting an administrator on the Discord server (or using private messages). You should refrain from creating a new account on the wiki itself to appeal as this is considered ban evasion. An administrator or other user can then initiate a discussion of the case and the appeal will be decided by the administration team.

When appealing a block, the blocked user should include some reasons justifying the appeal. The initial appeal is the blocked user's main opportunity to address the Community that will make the decision. Appeals that address the following questions are more likely to succeed:

Repeated appeals made by the same account will usually be ignored unless the new appeal provides substantial new information, such as concrete examples of proposed contributions to the wiki.

Policies and guidelines of MicroWiki