From MicroWiki, the micronational encyclopædia
(Redirected from Orientia)
Jump to navigation Jump to search

Orientia, officially the People’s Republic of Orientia is a self-declared sovereign state founded on 23 January 2018, and officially declared independence from the Kingdom of Thailand two days later. Orientia is comprised of six semi-autonomous states landlocked within the city of Bangkok, Thailand. Although founded as a multi-party unitary state, it is currently a federal Marxist-Leninist one-party semi-presidential republic governed by the Communist Party of Orientia, and headed by President Pun Watta.

During the late evening of 23 January 2018, the Republic of Orientia was founded by Pun Watta during a vacation in Japan after watching a YouTube video on the Republic of Molossia. Two days later on January 25, Orientia officially declared independence from the Kingdom of Thailand. However, it soon fell into a state of inactivity. 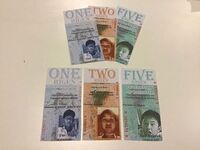 Orientia joined the GUM in January 2020, and began to rapidly expand in territory. The states of New Port, Slavland, Kiwiland, Silencia, Rallas joined, as well as the special territories of Finndonia and Equality. During this time, violent protests erupted throughout Hui City, as protestors donning plastic bags headed to the streets, clashing with police officers. The period of civil unrest would begin to decline in the following months, due to the rapid militarization of the Federal Police of Orientia and the fading popularity of the plastic bag movement. 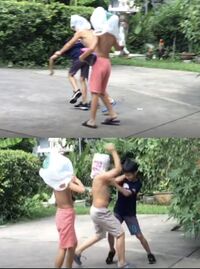 Orientia later joined the Cupertino Alliance in February 2020, and was an attendee of the 69 Hour Session. Pun Watta was later given the newly-formed position of Minister of Asian and Oceanian Affairs, and oversaw the development of relations between the CA and the Asia-Pacific Alliance. Dinkeaw, a part of Hui City, was annexed by the Empire of Austenasia on 4 April 2020 as an Austenasian Crown Dependency. On 13 April, 6 delegates voted unanimously to convert Orientia into a socialist state. A new flag and emblem inspired by the Soviet Union and Laos was adopted, as well as a new national anthem.

Multiple political parties were formed during this time, including the Workers' Party, Liberal Party, Nationalist Party and others. Rising political tensions during and after the August elections led to a military junta known as the National Council for Peace and Salvation led by micronationalist Leon Montan seizing power, beginning the 2020 Orientian political crisis. A provisional government led by Pun Watta actively began fighting over Orientia's seats of power and by August 28 the NCPS was dissolved. Pun Watta left the micronational community in September of that year due to concerns regarding Thai lèse-majesté laws. During this time, the remnants of Orientia, namely Watta, was governed by a temporary military administration. Weeks of tension between local squirrels and the Orientian Liberation Army remnants led to the beginning of the Orientian-Squirrel Conflict on 12 February 2021.

Pun Watta rejoined the micronational community on 13 November, and snap elections were announced on 20 November, to be held on 1 December the following month. A new flag and emblem designed by Aidan McGrath was adopted through a presidential decree on 23 November 2021 in order to replace the former Soviet-styled national insignia. The next day, Frankia (formerly known as Frank) was admitted into the People’s Republic, along with 4 new citizens. A constitutional amendment led to the creation of Right Wingz, a fascist political party which would form the National People's Front alongside the Communist Party of Orientia on 10 December 2021.

The People's Republic of Orientia is a federal Marxist-Leninist one-party semi-presidential republic, and ruled by the Communist Party of Orientia, the nation's dominant political party which leads a coalition of smaller, independent parties. Most, if not all of Orientia's senior leaders are members of the Communist Party's politburo, its highest executive organ. Legislative elections are held once every year, on the 1st of January. They are held of municipal, state and national levels, and candidates are carefully chosen by party officials to appear on ballots. There are three main branches of the Orientian government:

The National People's Front is a large coalition of parties which form the entirety of Orientia's political framework. These minor parties must follow the CPO's line in most functions, and are only given a minor status within government organs.

The Communist Party of Orientia is a Marxist-Leninist political party formed on 13 November 2021 as the de facto successor to United Left, an Orientian party which existed before Pun Watta's hiatus from micronationalism. It is a polarizing organization, often praised by Orientian citizens, however some have accused it of rigging elections and restricting democracy, as well as freedom of speech within the nation.

Orientia is comprised of 6 semi-autonomous states under the jurisdiction of the federal government. Its capital/seat of government is Hui City, which is located in Watta. It's total population is 49 people, including 1 dog and 1 cat living in Kiwiland.

The Orientian Ground Forces has been the largest branch of the Armed Forces since its formation in 2019. It is currently engaged in the ongoing Orientian-Squirrel Conflict and is in a state of partial mobilization. Orientia's Group Forces is currently comprised of 3 units: 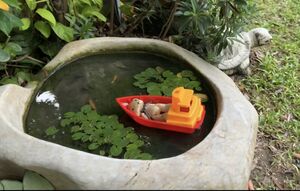 The OSS Revolution during its maiden voyage

The Orientian Navy is currently comprised of two ships, the OSS Revolution and the OSS Goliath. More ships are currently planned to be bought, however the Politburo has debated over this decision due to budget constraints.

The national sport of Orientia is sandball, which was invented in the days following Orientia's revival in late 2019, during Pun Watta and Pitt Sophon's vacation on an island in Eastern Thailand. It involves throwing hardened balls of wet sand at contestants until they fall to the ground. The current national champion of sandball is Pitt Sophon's brother and the Vice-Governor of New Port, Pote Sophon.

The most popular genre of music in Orientia is indie, followed closely by rap and rock. Several Orientian rap artists have emerged in 2020 and 2021, including Lil P, Machine Gun Pitt, Piggy P No Bandit, Lil Penis and others. The majority of Orientia's musical artists are influenced by trap and British drill music. 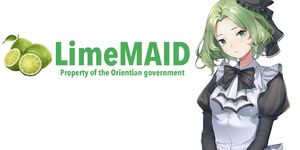 Orientia's national currency is the rigen (ℝ), although it is currently not in circulation. The national GDP is estimated at a total of 15 Thai baht as of November 2021. The majority of Orientia's national income is gained through LimeMaid, a state-owned company specializing in lime juice and other refreshments.