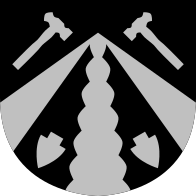 The coat of arms of the Vincennes branch of the house of Fox Ridge, which Miles will one day inherit from his father.

Miles Bradley Huff, known as Swena within the micronational community, is the founder of the Technocratic Republic of Theodia and its previous monarch, and currently exercises limitless de jure power within the country. He has a user account on this wiki, which can be found here. He is not interested in being a politician, and would like to "fix society and go back to work". He views himself as Theodia's steward more-so than its ruler. Miles does not belong to the Left or the Right; and instead forges his own path.

The English name "Miles" has dubious origins; but the most convenient, albeit not the most correct, etymology for that name in English, is the Latin word "mīles", which means "soldier". "Bradley" comes from an Old Norse name that was imported to Britain during the Viking conquest. "Huff", in Miles's case, is believed to come from Old English "hoh", meaning "hill", and to have come from near to Cheshire, England. Alternatively, Miles's "Huff" may come from "Hough".

Miles's legal name in Theodia, "Swena", is an early Theodianization of "Sweyn", the non-numerical portion of the username Miles used online at the time of Theodia's founding. Miles chose "Sweyn" as a username, because he was, in 2007, very interested in both his Scandinavian heritage and the Middle Ages, and he wanted a name he could one day use in the SCA.

Miles's lineage has been studied somewhat extensively, and he currently has no proven connection to macronational nobility. His direct male line breaks five generations back due to a non-paternity event. Genealogically, he is a mix between Scandinavians on his mother's side and the original European settlers of the USA (specifically southern Indiana) on his father's side, with no known non-Europid ancestors; although there is popular speculation that his hitherto-unknown purely paternal fourth-great-grandfather may have had Amerindian (Illini) admixture. He has not yet had a DNA test, so his "exact" ethnic makeup is unknown. Miles's pedigree has no known instances of collapse (inbreeding), despite stretching back several centuries.

On his paternal side, he has four ancestors who fought in the American Civil War, all for the Union; and he has several who fought in the American Revolution, all for the USA. He has no paternal ancestors who fought in the World Wars, but he does have several relatives who did so; they all fought for America, as well. Virtually all of his paternal ancestors were rural working-class, with some being extraordinarily poor; and to-date none have been found who owned slaves. He is the second generation on his paternal side to go to college, and the first in several centuries to not grow up on a farm or on the frontier. The vast majority of Miles's paternal lines fade into obscurity in North America, and this occurs to such an extent that his paternal ancestry is almost entirely "American"; but there are a few lines that can be traced back to the following regions in the Old World: England, Scotland, Ireland, Germany, and the Netherlands. A few such lines are known to date back to the earliest European settlements on the Atlantic Seaboard, four centuries ago. The religion Miles inherited from his paternal forebears was American Presbyterianism.

His maternal ancestors were generally lower-middle-class, and primarily came from Norway; although some came from Sweden, Germany, and even Denmark. Nearly all of them immigrated in the 19th century and settled in the Dakotas and Minnesota. While Miles's maternal forbears were Lutheran, he did not inherit any aspects of their faith, apart from a Norwegian prayer occasionally said before supper.

Miles was born to a lower-middle-class family in metro Indianapolis. They moved to Naples, Florida in the late '90s to help his mother with a medical condition and to escape abusive family members. Miles grew up "house-poor" (to quote his parents), as they could not afford much of anything beyond the house they lived in. He attended public elementary school, private middle school (to escape brutal bullying; his parents incurred significant debt from this; his sister attended public middle school), and public high school. In these, he participated in Scholar Bowl / A-Team and various sports teams. He graduated in the early 2010s, and went to study political science at FSU (He wanted to study cognitive linguistics, but there was no such option.). After a year of living in the ghetto there, Miles transferred to FGCU near his hometown, where he had no major. The company Miles's dad had been working at, however, was suddenly growing quite a lot; and a year after Miles transferred to FGCU, his family moved up to Georgia to be near the new company headquarters. Miles came along, and attended UGA for his final years in college. There, he double-majored in linguistics and cognitive science, and devoted a lot of time to working with international students. At the start of his first senior year, Miles realized he could not get a job with his degrees; and decided to spend an extra year in school to earn a computing certificate. After graduation, he worked odd jobs until being hired to do web development at General Motors, where he works to this day. He became debt-free after 3 years of full-time employment, and purchased a house at 4 years employment. Miles hopes to someday marry and have 3-4 children.

Miles's political beliefs are unorthodox, and are not easily summarized by one label; Miles uses the term "radical centrist" out of convenience. In his macronation (the USA), Miles is officially registered as an independent; and does not feel well-represented by any major party in that country; although he presently views the Democrats as far more of a threat than the Republicans, and is willing to work with the latter to quell the power of the former. Among minor parties, Miles supports the Transhumanists and the Pirates, and would register as either were they to become mid-tier parties like the Libertarians or Greens. Miles typically votes a split ticket, and often says he votes "like it's a job interview": looking at the individual candidates' qualifications and propensities, rather than their party affiliation.

An incomplete list of Miles's political beliefs in the year 2021 can be found below:

General
“Identity is strongest in diaspora.” ‒2014
“Every people has struggled; every person has lost.” ‒2015
“Fate exists only in hindsight.” ‒2015
"Discontent breeds action; satisfaction breeds complacency." ‒2020
"Any society should foster honesty as a great virtue among its members; for a society of deceit is one without trust; and a society without trust is not a society for long." ‒2021