The May 2020 Cubian general election was held from Friday 1 - Sunday 3 May 2020. It elected the 2nd Cube Council. It took place with local elections simultaneously. 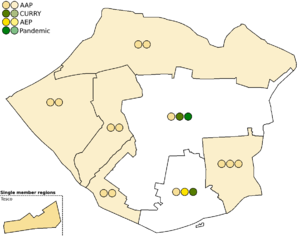 Cubia Global News does a prediction of the seats for the general election on its first day. They usually come after 5pm.

Gallagher index for the election