From MicroWiki, the free micronational encyclopædia
Jump to navigation Jump to search
For the state started in 2020 by Jay Clover, see Second Kingdom of Auvenum.

The Kingdom of Auvenum was a constitutional monarchy which seceded from the Fifth Aenderian Republic on 6 October 2018. Auvenum's head of state included the Prince and they had a Prime Minister up to the 2019 Absolutism Takeover. The only leader of Auvenum was Prince Calvin White I. On 7 July 2019, Auvenum became a provisional absolute monarchy. On 1 January 2020, the Prince called for the dissolution of the country and that all territories be returned to their respective macronations. On the first day in 2020, the Kingdom of Auvenum ceased to exist as a micronational entity.

The name "Auvenum" means nothing. The name was created by the country's founder: Calvin White. The term "Auvenum" has no actual meaning and does not correspond with any modern world language with the exception of Romanian.

Eventually, it was discovered that the word "Auve nu" means "they do not" in Romanian. White is reported to have said that "it best fits Auvenum's description because it represents the separation from Aenderia and its separation when Aenderia was overstepping their boundaries."

In October 2019, the monarchy announced that it would be opening up its very own, state-sponsored university: "Jyilzyem University." However, not many people signed up for classes at Jyilzyem University and the announcement came at a time when the country was beginning to decline. Accordingly, the Kingdom of Auvenum had never opened up such an educational institution and Auvenum later dissolved on January 1, 2020.

These were the following political parties in Auvenum:

Auvenum's citizenship program began on October 12, 2018, and was active until the country's collapse in January 2020.

The Kingdom of Auvenum accumulated over 30 citizens in the span of over one year. After the country's dissolution, all citizenships were voided.

Auvenum never functioning economy. The Auvenese currency was never minted or circulated and the Kingdom of Auvenum never accumulated any actual wealth. No production had taken place in Auvenum, which means that Auvenum had a GDP of $0 and a GDP per capita of $0.

For many years, it was said that Auvenum had "several businesses" and thrived off a substantial agriculture and fishing industry, although no such industries existed. Auvenum also "exported goods" and was rumored to have run a line of cafés serving hot beverages as well as many types of baked goods. No such café had ever managed to open up in Auvenum and the concept faded into obscurity.

Auvenum was only know for its NGOs, such as the ICON Cover Competition Broadcasting Committee (ICCBC) and the Intermicronational Broadcast Organzization (IBO).

In June 2019, a state-sponsored initiative by the royal crown and the LPA (Liberal Party of Auvenum) was launched to reform Auvenum into a cultural center. The first steps began when Auvenum had announced their entry into Microvision 2019, but later retracted due to political reasons. Later on, Auvenum would announce their return to the ICON Cover Competition, but the competition was never held after being postponed multiple times and ICON never held the second annual competition. ICON had not officially dissolved as a competition, but had become defunct.

The Kingdom of Auvenum had only one branch of military but was said to have created more in the future.

The military occupied 3 fictional forts in Auvenum. One of them was located on Kamuda Peninsula (previously named Huj Island,) which shared a border to the west with the Principality of Duke, named Jahzir Allah (Arabic for Isle of God). Jazhir Allah was governed by Calvin White and was visited by Tom Kap during Tom Kap's trip to the Kamuda Peninsula.

The two other “bases” are claimed to have been located in the "Robertson Sea Chain," named after the official name for the islands in Antarctica.

After the secession of Kivaria, Auvenum was “left” with two of its islands, "Voka" and "Kinatoure."

Kirina was the “largest city” and capital of Kinatoure. Kinatoure also housed the fictional military base “Fort Mullins”, named after the lawyer who helped White win the trial against voter fraud in September 2018, and the former Attorney General of Auvenum.

The island of "Voka" housed “Fort White”, the fictional military base named after the first Prince, Calvin White.

The majority of the territory of the Kingdom of Auvenum was located in Brooklyn, NY. Auvenum claimed portions of southern Brooklyn.

Auvenum was divided into regions and districts. Auvenum had only one district and was thus the federal district of Auvenum, Jyilzyem. Jyilzyem was the smallest district (size-wise) in Auvenum, but had the highest population at around 80% of all Auvenese citizens presiding residence in Jyilzyem. (Yilz-yem) 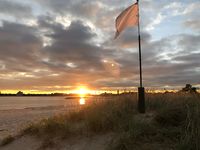 Picture of Nezabudbela in Jyilzyem overlooking the majority of the province with a white flag hanging. 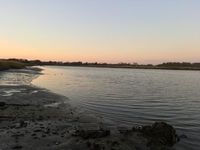 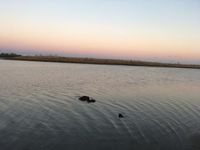 Jyilzyem had different territories and numerous claims located in Brooklyn, NY and are part of Jyilzyem. Some of those claims include:

The Kir Islands were divided into 5 islands, 3 of which have recently been reclaimed from the Kingdom of Kivaria. Two of those islands, Kinatoure and Voka, are the main ones with constituencies implemented into regions. The island of Jir was annexed by Cloverzem but was given to Bepistan towards the end of Cloverzem's reign. The other two islands are unnamed but used to serve a "scientific purpose" during the Aenderia-Auvenum conflicts in late-2018.

The following islands are Kirinian:

Most of Kir Islands was to serve a military purpose.

Some national holidays consisted of already existing ones, such as New Year's Eve, but most were made-up ones that were created in light of the Prince.