Gishabrun SAR, officially Gishabrun, was a Special Autonomous Region (SAR) of the Free State of Renasia that borders Canada and the United States. It was the direct successor to the Tsarist Empire of Gishabrun, which was an independent micronation.

Gishabrun was led by a Knyaz (Russian equivalent of Prince), currently Kuri Kabanov. It was organised in a form of State Capitalism, wherein the state corporation KleinZav runs the country and was identical to the region's government. In this way, much of the Tsarist Empire's bureaucratic legislature was done away with and replaced by an oligarchic Board of Directors that deals with Gishabruni and Foreign matters.

On May 5, 2015, following the dissolution of government and re-installataion to an absolute monarchy on March 17, 2015, Gishabrun legally seceded from Renasia as a result of the automatic termination of the Gishabrun SAR Treaty (2012) as a result of the Free State's official dissolution. Gishabrun currently exists as a non-territorial cultural entity since 2015.

The name "Gishabrun" is derived from the Vulu-vulu (a defunct constructed language invented by Kuri Kabanov) word "Gishabra", meaning achievement, with the suffix "-un", denoting a place (like "-stan" in Farsi). This was chosen to symbolise the effort required to bring about the establishment of the nation and its intended superiority to other contemporary macrogovernments.

The earliest incarnation of Gishabrun began on June 23, 2009, when the Tsardom of Moya Kravat (meaning "My Bed" in Russian) was founded, with its leader being Tsar Kuri I. The Tsardom originally consisted of the Tsar's bed, completely surrounded by the Canada, but the borders later expanded to include the whole room because of pressure from the nearby Principality of Annina Kravat ("Anna's Bed"), which was founded a few months later in response to the foundation of Moya Kravat.

In April 2010, Tsar Kuri created a national flag and coat of arms to represent the Tsardom internationally and to serve as a national symbol in territorial expansion. The following month, Moya Kravat claimed a furnace vent in Annina Kravat, which was then dubbed "the Furnace Strip". Anna I, then the princess of Annina Kravat, declared war on Moya Kravat because of this, starting what came to be called the Furnace War. After defeat by Moya Kravat, Annina Kravat chose to join the Tsardom, beginning imperialism in Gishabrun. Gishabrun was renamed an Empire to acknowledge this, but "Tsarist" was added to the name to prevent confusion about its ruler not being an Emperor. The Tsardom then proceeded to claim the Wild Isle, a small island in a nearby river, in response to environmental destruction.

Within days of placing claims on the Wild Isle, the ruling Council of Moya Kravat decided to change the country's name to Gishabrun, reflecting the territorial expansion to significantly more than a bed. Gishabrun expanded further, claiming land in Russia and the entire property upon which the Tsar lived. A constitution was finally adopted on July 1, 2010, formally establishing the constitutional monarchy. The young empire joined the Organisation of Active Micronations on July 16, 2010. 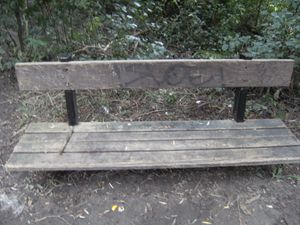 The site of the Bench War, with a stick lying where the boundary was during the war (the smaller part on the left was Gishabruni territory).

On July 20, 2010, the Bench War began after Gishabrun and the Unnamed Empire placed rival claims on the bench in Ancient Willow Krai. This resulted in the cession of five-sixths of the bench to the Unnamed Empire, but Gishabrun captured the entire bench eight days after the previous war ended. On the 17th of September, 2010, a peace treaty was finally signed between the Unnamed Empire and Gishabrun, and the title of Emperor of the Unnamed Empire was given to Cyril I. The Unnamed Empire then joined Gishabrun as the Autonomous Empire of Maccrage. Expansion continued during this time, and a navy was established to support the expanding empire. This expansion was set back on the 6th of December, 2010, when the Elite Duma decided to cease Gishabrun's claims to krais that were overly distant from oblasts, but continued until February 2011.

On the 29th of September, 2010, the Council was reformed. Where before the members were the ambassadors of each Oblast, the new Council was made tricameral, with the Oblastian Assembly consisting of the ambassadors of all the oblasts, the Chamber of Comrades consisting of the leaders of all the autonomous regions, and the Elite Duma, which had an elected Consul of the Oblasts from the Assembly, a Consul of the Autonomous Regions from the Chamber, and a Consul of the Krais (who was the Tsar). 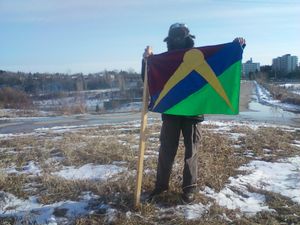 On the 30th of March, 2011, the Council of Gishabrun reformed from a tricameral legislature to a pentacameral legislature, consisting of the following houses: the Oblastian Assembly (consisting of the Ambassadors of each oblast), the Clan Council (consisting of the Chiefs of each clan (a clan being a group of citizens with the same culture, responsible for matters affecting their culture, and each lead by a chief, the member of a given clan with the highest meritocratic rating. Clans, also created on the 30th of March, must together include all Gishabruni citizens, and no citizen may be a member of more than 1 clan)), the House of Heads (consisting of the head professors of each department in the Kravatian Institute of Wisdom and Knowledge (KIOWAK, also created on the 30th)), the Leauges Chamber (consisting of all employees of the super-company of the Gishabruni Government - Compass Industries (also created on the 30th, responsible for all economic activity in the Empire)), and the Elite Duma (consisting of the Tsar of Gishabrun, the Consul of the Oblasts (elected by citizens residing in oblasts from the Oblastian Assembly), the High Chief of the Clans (elected by citizens from clan chiefs), the Most High Academe (elected by professors in the KIOWAK from the House of Heads), and the Head of Business (elected by employees of Compass Industries from the Leagues Chamber).

On the 16th of May, 2011, Gishabrun made a major step toward its goals of fair government and scientific advancement by modifying the Peerage System, originally a European-style system to grant hereditary titles to individuals deemed worthy by the Tsar, into a system of organising all of Gishabrun's citizens into ranks based on their meritocratic ratings of their contributions to the nation. The merito-rating system, previously primitive and in its infancy, was strengthened and codified. This system later became the basis for the meritocratic rating system of Renasia.

On the 22nd of July, 2012, the Tsarist Empire was dissolved and joined the Free State of Renasia as a Special Autonomous Region (SAR). The position of Tsar was abolished and was replaced by the position of Knyaz. All of the lower houses of the Council of Gishabrun were dissolved as well, and the Elite Duma became the sole legislative house.

On the 2nd of June, 2013, the people of Gishabrun could not organise an election in time for the constitutional deadline, and so the government was dissolved and Knyaz Kuri becam an absolute ruler.

On the 22nd of July, 2013, Gishabrun adopted a new constitution which made the region officially state capitalist, with the corporation KleinZav being identical to the government. The position of Knyaz became limited by a constitution once again.

On 23 June 2014, Gishabrun claimed a homestead near the town of Imishli, Azerbaijan, called Kənd Oblast, making it the first micronational claim bordering Azerbaijan that has micronational citizens residing there.

On 28 November 2014, Gishabrun claimed a household bordering Manchester, UK, formerly the capital of the Technological Federation of Erephisia, as "Erephisia Oblast".

On 17 March 2015, Gishabrun suspended its constitution and became an absolute monarchy under Knyaz Kuri. 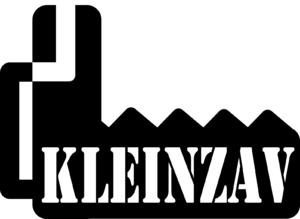 Logo of the KleinZav Corporation

Gishabrun is a constitutional monarchy, meaning that it is ruled by a monarch (currently Knyaz Kuri Kabanov) whose powers are restricted by a constitution. As a state capitalist jurisdiction, Gishabrun's government is identical with the executive body of the state corporation KleinZav, and the Knyaz is the head of KleinZav as well as of Gishabrun. As well as the Knyaz, there is also a legislature called The Board of Directors, which makes or revises the laws of the nation, decides upon actions within the Empire and abroad, and also acts as the national court. The Board is described as follows in the Gishabruni constitution:

The Board of Directors is the executive and legislative council that controls KleinZav as well as Gishabrun. It consists of:

Article 6 - Duties of the Knyaz in the Board of Directors
The Knyaz as a Director is responsible for all things not already under the authority of the other Directors.

— Excerpt of Section 3 of the Gishabruni Constitution

Directors are appointed by the Knyaz.

Current Members of the Board of Directors 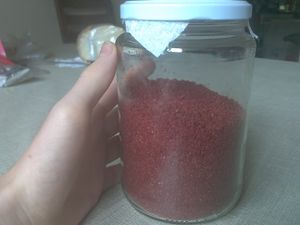 As a state capitalist jurisdiction, Gishabrun's economic development is a top priority of the state. Gishabrun's main export is sumac powder, a sour spice widely used in Middle Eastern cuisine, which KleinZav produces in large quantities from sumac gathered on Canadian territory. In addition, the Bank of Gishabrun, now dissolved, was responsible for the production of Gishabruni and Erephisian currency and their sale worldwide. Currently planned is an aluminum foundry similar to that of RenTech's 2012 F-Alpha project, in cooperation with other subsidiaries of Multiplex Technical.

Gishabrun also has a fairly large agricultural sector, with a variety of produce being grown on its territory, most notably pears and onions. Livestock only exists in Kənd Oblast, namely, chickens and cows. Due to a relatively small yield, these are either consumed by the households growing/raising these plants/animals or given to friends and relatives, and so the economic potential of these is not very large. There was also an attempt to grow oyster mushrooms in Kravat Oblast in 2013, which failed due a contamination of the substrate.

Gishabrun, as a Special Autonomous Region of Renasia, uses the Pecune as its official currency, although Canadian Dollars and Azerbaijani Manat are often unofficially used on its territory. Kravat Oblast currently contains the majority of the Renasian silver used to give value to the Pecune.

In the parts of Gishabrun that border Canada, the climate is humid continental (according to the Koppen climate classification system), mildly modified by the Lake Effect due to the presence of the river. The oblasts and Ancient Willow Krai are on the edge of a small valley, while Wild Isle Krai is at the bottom of that valley and surrounded by a river, and all other krais are surrounded by or close to their respective rivers. All these administrative divisions are within the Carolinian Ecozone (which is temperate, mostly deciduous forests), but there is a small amount of marshland in Wild Isle Krai. Kənd Oblast, which borders Azerbaijan, has a cold semiarid climate. Below is the full climate data for Gishabrun's capital, Kravat Oblast:

Gishabruni culture is handled by the Director of Gishabruni Affairs, and is currently being developed together with Azehtyl.