The Democratic State of Monovia was a Special Autonomous Region of the Free State of Renasia, which, under special agreement, had its foreign affairs and defence controlled by the Empire of Austenasia, making it somewhat of an autonomous condominium of the two states. Monovia was landlocked by the north of the British constituent country of England.

Monovia was the name of the original incarnation of Libertas - due to its high popularity, it was decided that after Libertas left the NSSR that it would return to the name Monovia. Its predecessor, Libertas, was featured in a local British newspaper.[1]

Monovia was a member of the AMU and the League of Countries, and was represented in the Renasian delegation to the Grand Unified Micronational. On 19 May 2012, Monovia seceded from Renasia and transitioned into the Tsardom of Monovia. 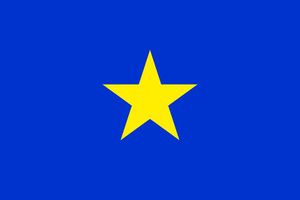 The first known traces of a secessionist or autonomist movement in modern Sheffield are from 2008, when two young friends founded a secret club based in a local wood. Monovish historians claim that this club became increasingly similar to a political simulation as it founded a political party and made national-style symbols for itself. The club was abandoned in 2009 after it underwent a “socialist revolution” which resulted in the loss of most of its members. Most of the details of this club have since been lost.

In early 2011, co-founder of the former club Harry Fitzpatrick created a new project, which he called the “Atlantis Scheme”. Fitzpatrick and his colleagues soon put together national institutions and symbols, and on 31 May 2011 the independence of Monovia was officially declared.

After creating an online presence for Monovia, Fitzpatrick was contacted by a micronation called “New Jonesland”. Inexperienced in diplomacy, Fitzpatrick was tricked into signing a military alliance with New Jonesland which he then had to honour a few days later when New Jonesland declared a state of war on another micronation, “Grunkia”. After a mere day of conflict, Monovia withdrew from the war and broke the alliance.

Since Monovia’s founding, a rebel nationalist group called Kaestrovia had been attempting to overthrow Fitzpatrick and implement their own strict laws. During the summer of 2011 they were able to take over a large part of Monovia, but were defeated by Fitzpatrick and government loyalists, who managed to overrun the Kaestrovian base in the local forest. Although Kaestrovia had been effectively defeated, its remnants continued to fight on as insurgents under their leader, Colonel Sam Symons. During this time, a part of Monovia declared independence as the State of Chinobe under their leader Governor Lewis, starting a war of independence with Monovia and allying themselves with the Kaestrovian insurgents.

In early September 2011, Sharia law was implemented throughout Monovia as it transitioned into the Islamic Emirate of Amir. In response, the government (at this time a nominal ally of Amir) of Domanglia began to verbally attack the nation in an attempt to destabilise it.

Amir agreed to transfer their claim over the war-torn area of Chinobe to Domanglia in return for a cessation of the aggressive statements against its government. This was agreed upon, and Chinobe officially became a part of Domanglia. Unsurprisingly, the Chinobeans were incensed at this, with their independence movement (by now known as the Chinobe Liberation Front) setting up a functional rebel government in the absence of any ability by Domanglia to enforce their rule. Domanglia agreed to a request from Chinobe to let them hold a referendum on independence - however, when the majority of Chinobeans voted for independence, Domanglia declared a state of war on them.

Meanwhile, political instability caused by the ongoing insurgency coupled with a failed plan to merge Amir with some other nations to form a “United States of Utopia” resulted in the government of Amir effectively falling. Its leader Fitzpatrick led the region of Adjikistan in conquering the rest of Amir and some surrounding British land, re-establishing the authority of his government over the nation and creating the Great Socialist Union of Adjikistan as a provisional government, with him in control as party Chairman.

Diplomatic pressure from Domanglia coupled with recent attacks by the Chinobe Liberation Front on Adjikistan itself led Fitzpatrick to organise an attack on Chinobe. Under a blockade and constant raids by Adjikistani forces, domestic unrest in Chinobe resulted in its government collapsing, with several self-declared successor states and governments-in-exiles splintering away. A full-scale Adjikistani invasion then commenced, with Chinobe coming under military occupation and the CLF being decisively defeated. Chinobe and some surrounding British land also occupied by Adjikistan was returned to Domanglia, but days later the CLF and various other anti-government militias united and retook Chinobe, with Domanglia eventually abandoning its claim.

On 20 October 2011, it was announced that negotiations between Adjikistan and the Empire of Austenasia were underway to establish Adjikistan as an autonomous province of the Empire. Four days later, Adjikistan became an Austenasian Protectorate instead, ceding responsibility for its defence and foreign affairs to the Imperial government. While the Adjikistani military remained under domestic control, overall Austenasian command was acknowledged, with the Empire giving military advice and offering financial aid. During late October 2011, a movement arose claiming imperial status for Adjikistan itself - despite being put down by the socialist government in a matter of days, it did nothing to help the stability of the government.

Under military pressure from the ongoing Kaestrovian insurgency and the threat of a hostile Chinobe, and with the interim political system rapidly failing, Adjikistan transitioned to the Republic of Libertas in an attempt to strengthen itself. The military was swiftly expanded and the Kaestrovians kept at bay while Chinobe was successfully invaded - the Chinobeans were pushed back and the CLF dissolved, leaving a small, poorly co-ordinated rebellion in its place. Libertas was led by Harry Fitzpatrick as President.

In December 2011, Libertas expanded its claims over some more surrounding British land. However, this coincided with a worsening insurgency, and Libertas withdrew its claims to its centre of government. With a shock attack, Libertas was able to decisively defeat the main opposition groups later that month - a ceasefire was declared on 25 December, and a peace treaty signed shortly afterwards. On 7 February 2012, Libertas expanded as two British properties and an area of local woodland were annexed.

A week after its expansion, Libertas merged with a micronation called Lurk to create the New Soviet Socialist Republics, a socialist union spanning Europe. The union proved untenable, however, and Lurk withdrew - upon leaving the NSSR, Fitzpatrick renamed the nation back to Monovia, an immensely popular move amongst the population. The Republic of Libertas was transitioned into the "Imperial State of Monovia", with Fitzpatrick claiming the title of emperor.

In early April, Monovia entered another union - this time with the micronation of Indokistan, resulting in the short-lived confederation of Indonovia. On the 11th later that month, Monovia left Indonovia and became a Special Autonomous Region of the Free State of Renasia, abandoning all imperial pretensions and transitioning into the Democratic State of Monovia as it did so, with Fitzpatrick becoming Acting President. He later changed his name to Markov Solovyov, and renamed his office to Oligarch as a dictatorial position. Monovia was granted independence from Renasia on 19 May 2012, and transitioned into the Tsardom of Monovia. 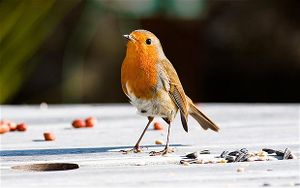 The Robin is the national animal, and common in the capital.

Monovia has claims over a property, a section of forest and a apartment, which are under legal ownership of the national government. Akuska, the region holding the capital, has a conference room, the landmark Secession Square, a hotel, a cafe and public gardens. The nation has a temperate climate with frequent rainfall. Robins are among the fauna which inhabit the nation, and lush flora grows in the national public gardens in Mac'Giolla' Phádraig. Terra Nova is a large patch of forest, and Sterlingrad is an outpost in Hillsborough.

Monovia maintains a claim to an area of land on the east side of the Antarctic peninsula, made in the interest of possible future scientific study and research. The barren land has extremely cold weather and is very dry, especially during the winter months. 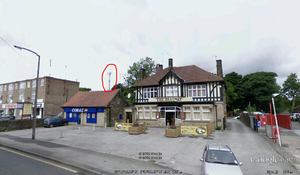 Monovia has few economic resources, although there have been moves for the creation of a online shop to boost GDP. Most employed citizens work in the neighbouring United Kingdom. It has been said that finance does not come first, and the nation pays part of its budget on foreign aid to the WWF. Monovia is in the process of minting its own coins, and there is also a plan to raise money by selling title packs, although at the time being this is purely conjectural.

Monovia has several different ethnic groups. While most citizens are of British or Irish descent, there are also some Nigerians present in Monovia. Religious demographics are complex in Monovia, with many people seeing themselves as being a part of more than one religion. Christianity is widespread throughout Monovia, and although it is rarely practiced there are also small Islamic influences present. Discrimination is illegal in Monovia, and therefore ethnic and religious rights are protected by law.