This article contains information for the now defunct Principality of Phokland, for the current incarnation of the state see Phoklandian Free State.

The Principality of Phokland (sometimes referred to incorrectly as the Tsardom of Phokland) was a "New-Nation Project" (more commonly referred to as a micronation) which claimed to be a politically sovereign semi-independent governmental body with territorial claims made in areas within the borders of the U.S. state of Arizona and the Italian Republic. The nation was created as a political experiment, designed to prove that a nation's government can be successfully ran by young adults/teenagers.

The Principality of Phokland was first conceived by it's founders, Duke Brock Lang and Prince Charles I as a political experiment. This experiment would be to prove that "teenagers" were capable of running a government successfully. The idea was created in response to the two founders becoming angry at their home nation's lack of respect towards younger people and it's lack of governmental representation for "teenagers" and "young adults".

On the evening of 13 December 2017, Prince Charles I (then Prime Minister) and Duke Brock Lang (then Minister of Defense) ratified the first Phoklandian Declaration of Independence, thus establishing the country as a Democratic Republic.

From 13 December 2017 until 27 April 2018, Phokland functioned as a Democratic Republic, with Charles Aelred Ross serving as the nation's first Prime Minister. During this time, the country saw the establishment of it's first governing body, The Emergency Senate as well as the acquisition of Phokland's first official area of territory as the result of a land purchase by Prime Minister Ross. This time period also saw the beginning Phoklad's relationship with the now defunct Empire of Lanzantonia. 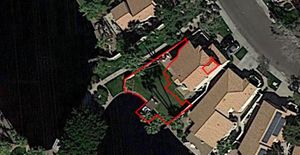 Between the 26th and 27 April, 2018 the then People's Republic of Phokland suffered a national crisis when the former Defense Minister, Duke Brock Lang resigned from his position and (for the most part) left the nation. This event left Prime Minister Ross as the only active citizen of the country. Due to this, it was decided that the Prime Minister would become a Prince and that the nation would be re-established as a Principality.

Hours after this decision, Duke Brock Lang changed his mind about leaving the country and was shortly thereafter appointed to the role of Prime Minister, a position that he occupied until he was voted out of office during the 2018 elections replacing him with the incumbent Prime Minister, Sir James Ellis.

Reign of Prince Charles I

Following the Phoklandian Unification, Prime Minister Charles Ross was declared Monarch of the now Principality of Phokland. Under this new government, the nation saw a rise in population, growing from two people in April of 2018 to thirty three by October of that same year. The new government also formalized the military of Phokland and entered into diplomatic relations with other states such as the Republic of Bonumland and The United Micronational Assembly. Following several months in this state, Phokland was approached by the Principality of Domanglia who offered to annex it as a Viceroyalty. This was excepted, and on 4 November 2018, the Principality ceased to exist.

The Principality of Phokland was a constitutional monarchy, with a monarch as head of government and a prime minister as head of state. The Prime Minister had complete control over all interior affairs in regards to non-governmental offices, and was tasked with advising the monarch on non-governmental affairs. The Prime Minister also had emergency power to overrule decisions made by the monarch if such decisions were found to be detrimental to the well being of the nation.

There were four main departments in the government of Phokland: the House of the Monarch, the Office of the Prime Minister, the Office of the Phoklandian Coast Guard, and the Defense Office. With the exception of the Monarch, the holders of these and all other electable government positions were (supposed to be) elected every two years on the 1st of October (the anniversary of the date that the idea of Phokland was first conceived). Any individual who is elected to any of these offices could re-run as many times as they like. If no individuals ran for any of these offices, the siting monarch would appoint an individual over the age of thirteen to fill the position until the next election.

The final holders of each governmental office are as follows:

The last Prince of Phokland was Prince Charles I, and the last heir apparent is Princess Kaidyn I.

Phokland bestowed titles of nobility, the current holders of such being:

At time of dissolution, the only official branch of military for Phokland was it's Coast Guard. This was due to the large lake that surrounds most of the nation's territory. The Coast Guard adopted the same ranking system as that of the U.S. Navy, with the exception of the rank of Chief Admiral.

For the most part, the Phoklandian Coast Guard served a ceremonial purpose as Phokland held a strong stance against engaging in military combat, having only been involved in international conflicts via financing and only directly participating in one military operation in it's entire existence.

The Phoklandian Coast Guard consisted of six individuals and one boat, the P.C.G. Langston (named after founding member Brock Lang). There also existed the Phoklandian Royal Guard, a detachment tasked with the protection of the sitting monarch as well as other "high priority" government officials.

Additionally, the Phoklandian Border Patrol existed as a private organization contracted by former Prime Minister Charles Ross to patrol the land borders of the country. While under contract, the border patrol was under the direct command of the monarch but was still considered to be part of the Defense Office.

"Socratian Territory" is the term used to describe an area of land that was being held in the Tsardom of Socratia.