The history of Urielandia begins from the establishment of the republic on 27 December 2010 to the present day.

Urielandia was established as a micronation on December 27, 2010 by Venezuelan resident Uriel Bermúdez, who proclaimed himself as the new president and head of state of the country. Meanwhile, his brother created also the micronation of Anarislavia, so he could mock about the new nation his own little brother had founded. The Kingdom of Anarislavia wanted to colonize the territory, something the national army of the new nation couldn´t take it. The national army, led by the future president of Urielandia defeated the enemy´s troops, being welcomed with thunderous applauses by the people at the capital city of the new nation. Furthermore a new constitution was written during the last days of 2010 and it was approved by the Urielandish National Congress. The development of the nation started several days after the independence was declared. During this days, the first flag of the micronation had the same colors of the Venezuelan flag, but the President also created a transitional flag with the colors red,white and carnation. During those days, the provinces of the Republic consisted on nothing but three provinces: PlayStation,actually known as the Mercury Province,Bermudez and Chamaguay. The first Vicepresident the Republic had was Gabriel Prieto, one of the President's best friends at the time.

At the time of the establishment of the republic, the new sworn-in president found that Urielandia had no money, there was no defined structure of the state, and the people of Urielandia were living in such horrible conditions. Also the delinquency peaked high, with every Urielandish being robbed every day. That was the turning point for the new president who decided to change the nation and rebuild it from its ashes. The first public address of the then president Uriel Bermudez was broadcasted on December 30, 2010, 3 days after the foundation of the Republic.

2011 was also an important year for Urielandia, because the first elections were held in the country, the elections where the Urielandish people had to choose their favorite option to rule the provinces that are part of Urielandia. The Urielandish Democratic Party (UDP) won in three provinces but the Urielandish Convergent Party (UCP) won in one province, so it was a success. The nation kept growing since then and the President said in his own words that Urielandia will be a "great nation among the micronations and Urielandia will be a micronational superpower". After that, the parliamentary elections were held in 2012 where the UDP won the majority of the seats (112 seats) and the UCP won 64. On that same year, due to his achievements for building the solid democracy of the nation, the President was proclaimed as Senator For Life of the Urielandish National Congress. The government started to work: building houses for those people who never had a house of their own, schools and universities so every urielandish children and the new generation of Urielandia, the youth for instance, could afford for a better education that will help them for the rest of their lives.

Between 2015 and 2016, huge changes were made into the government. The President of the Republic decided that the government should have two vicepresidents instead of one. One of the President's bestfriends and also the elder sister of the former-vicepresident Gabriela Prieto was sworn in as the second vicepresident of the republic. On the latter year, a coup d´etat attempt was made by rebels trying to overthrow the government but it was unsuccesful. The plotted members of the coup were immediately taken into custody and expelled of the Urielandish National Army. In the early 2018, the President called for a national referendum so that the urielandish people decide which system of government was the correct one for the country, because of the unstoppable progress Urielandia had shown during the years. The option for the "Empire" won the majority of votes with 75% over the option of the "Republic" with a 25%.

The Imperial Constitution was promulgated and ratified on May 18, 2018. From that moment on, the monarchy had been officially established, replacing the presidential republic. On May 22 the Empire was proclaimed and Uriel I was crowned as the first Emperor of the Empire of Urielandia. The Empire had its first expansion of the territory with the Emperor creating the Imperial Autonomous Region of New Ephry, as part of the Imperial Dependencies, which is the name of the special territories that are under the administration of the Empire.

General elections were made in the Empire, both for electing a Prime Minister and the II legislature of the Urielandish National Congress. Juan Manuel Lafaurie of the far-right nationalist movement Urielandia First was elected as the new Prime Minister with 9 votes over Manuel Cabezas Rondón of the Party of the Empire with 3 votes. 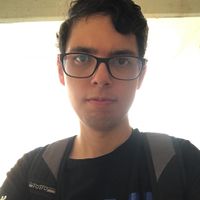 On November 17, 2018 the 18th Imperial Decree was issued, creating the National Cultural and Historical Heritage Institution with HIM Uriel I becoming the first director of the institution. The mission of the NCHHI is to preserve the history of the micronation, such as important government nor historical archives.

As the news spread about the Ionix Empire being attacked by the furry nations, supported by their communist allies, the Empire declared war on them participating in the conflict. Few hours later, the Urielandish Imperial Army entered the enemy´s capital city, where seized the two parts of the city, including North and West side. Nogoria´s army sent troops to see if they could help the Imperial Army, just in case it needed them. Nevertheless, the Imperial Army managed to seize the south part within seconds, and despite the efforts of the enemy´s to counterattack, they couldn´t and decided to surrender. The Imperial Army released an official statement announcing the fall of the city and the creation of the Empire´s first ever colony in its history: New Onofre. The war officially finished on January 13, 2019 according to the information held until a second ago by the Prime Minister.

Establishment of the Catholic State of Pascrito (14th February 2019)

On February 14, 2019, Pascrito was established as a theocratic enclaved micronation in the outskirts of Eboxia, Urielandia´s capital city. The enclave surpasses the actual size of the Vatican City State, due to the Empire´s abundance of territory. The first Head of State of Pascrito, Vicarius Paul assumed office the same day, after being unanimously elected by the Catholic Council and later approved by HIM Uriel I.

The Gratitude Period was an historical period which comprised all the following events of success involving Urielandia. It began in the year 2019 and ended in the year 2020 (before the pandemic of COVID-19). H.I.M Uriel I announced the creation of a new space agency called: "Agencia de Exploración Espacial Urielandesa" (Urielandish Space Exploration Agency), in order to promote the use of newer technologies dedicated to space research. Following the events that happened in his country of origin, HIM Uriel I was proclaimed as the "Protector of Venezuela" with the creation of the "Urielandish Protectorate of Venezuela". However, he renounced the title on November 5th, 2019. On December 21st, 2019, HIM Uriel I announced the implementation of a new dating system in the country: the Urielandish calendar which replaced the Gregorian calendar after the Empire broke up diplomatic relationships with Vatican City following the threat of "excommunication" by a Twitter account who claimed to be "His Holiness Pope Francis", which revealed to be just a "trolling" account.

On February 12th, 2020, HIM Uriel I created a brand new political ideology called "Sinairism", switching from the right political spectre to the third position, due to the eternal feuds between the left and right political positions, and the unsolved problems in each country, due to their "eternal rivalry" policy. That same day, the "Sinairist Party of Urielandia" became a political party. When the COVID-19 spread around the world, the imperial government started to implement the health protocol since day one, with the result of 0 deaths and 0 cases of people in Urielandia being infected with the Coronavirus, which was a "victory against Coronavirus" for the imperial government. School classes, university classes, day to day routines and public reunions were reassumed after the end of the quarantine. On December 27th, 2020, the country will celebrate ten years of its establishment as a micronation and is expected to be "the best reunion of the decade by far".

After ten years of ruling the country, both as President and as Emperor, HIM Uriel I announced his retirement from micronationalism on October 4th, 2020, due to him wanting to "pursue other projects he wants to make". After his abdication, Urielandia entered into a new era after the acceptance of the abdication letter by the Urielandish National Congress, being the Regency Council, the institution in charge of the Executive Power until the new emperor Angel de Jesus, becomes of age by March 1, 2025, on his 18th birthday. Nevertheless, Angel de Jesus became less interested in being the next emperor, so it was decided that the micronation will not be dissolved, after the statement made by HIM Uriel I initially said that Urielandia "was going to be dissolved after his abdication", becoming inactive instead. Nevertheless, on December 1st, 2020, the Urielandish Congress declared null and void the "declaration of abdication" made by HIM Uriel I, marking the return of Uriel I to the Imperial Palace of Eboxia to reassume his duties as head of state.