The DVSA was the official space agency of the Dale Republic (and HMVSA during the Dale Empire). It was a virtual space agency, using the program Orbiter Space Flight Simulator for its activity. Being a simulater nothing was launched into space by the DVSA and the spacecraft would normally stay in orbit once the program was turned off. All missions done by the DVSA in space had been deleted with the closing of the program Orbiter Space Flight Simulator. On July 14, 2013, almost one and a half years after it was disestablished a replacement, the Dale Sub-Federal Space Agency was created in the Republic of New Dale, part of the Delsh-Westlandian Federal Republic.

The DVSA was never a member of the Micronational Space Agency.

On manned missions there are virtual astronauts which can be a mixed nationalliy crew this is for nations that dont use virtual space flight simulaters but want to say they have sent their virtual astronauts to space, Virtualy or not. All astronauts are unnamed, Any micronation can ask for their country to have a virtual astronaut and all will be accepted but some missions are reserved for just virtual dale astronauts when its a dale 1st. The first Micronational astronaut was on program Gagarin and launched on the 3rd August 2011. Third and last gagarin mission allowed mixed nationallities with the majority of the crew being Dale this means 3 place out of 7 were open to the micronational community . The first foreigner Space for the gagarin 3 mission was filled by Berin and the second was westsylvania the last was Senya. 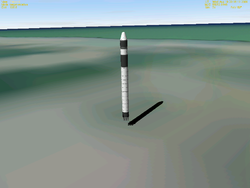 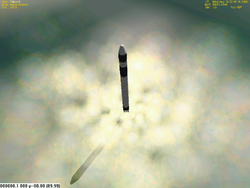 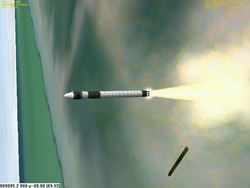 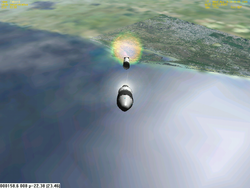 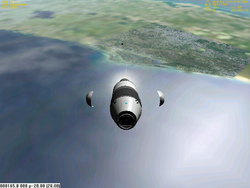 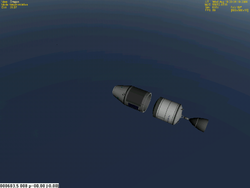 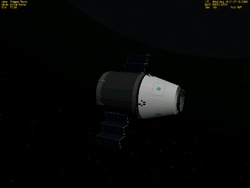 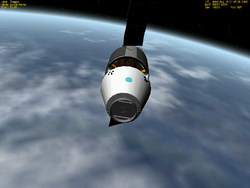 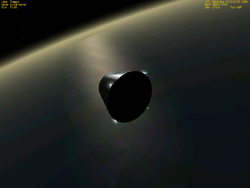 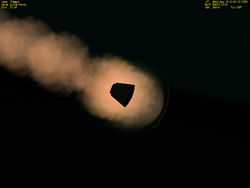 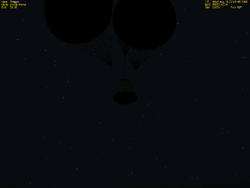 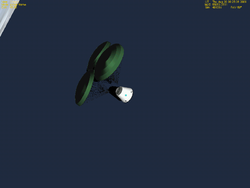 Below are all of the programs done by the DVSA and a summery of the missions included in the program.

Dale was the first program done by the former His Majesty's Virtual Space Agency which is expected to consist of 6 missions begining from the 28th June to the 2nd August 2011 with the aim of achieving some of the first made by the soviet union at the start of the space race. The point of these missions is for the HMVSA to test its ability to launch rockets into space. Once the Dale program is over the R-7 rockets will no longer be used and therefor retired from service it's exact replacement for the next program is will be the Falcon 9, Ariana 5 and the Vostok Rocket.

Dale 2- The first satellite launch. The mission was the launch of sputnik into orbit and was completly successful due to autopilot.

Dale 3- The First launch of a virtual being into space successfully reached orbit however became stuck in a spin.

Dale 4- Launch of the originally planned sputnik into orbit, mission was successful.

Dale 5- Launch the polyot into orbit, mission was successful.

Dale 6- launch second polyot into orbit to conduct deorbit test, mission considered a success even with burn up on reentry.

In total there were 6 launches as part of program Dale with the aim of them being to complete the some of the firsts the soviet space program did at the start of the space race. All 6 programs were successful with generally no mistake made except Dale 3 when the space craft got caught in a spin.

The program following dale is called gagarin after the first man in space Yuri gagarin. These missions will be basic virtually manned spacecraft which will will launch on a TBC rocket. Rocket of the first launch will be decided by a vote on the MicroWiki forum the second place country will be the second most voted and the thired will be the least voted in the event of a tie it would be decided by a coin toss. Program Gagarin will only be 3 missions making it a short program but Gagarin 3 was open for virtual astronauts to enter space.

Gagarin 1- The mission was the first V astronaut to be launched into space. The launch took place at about 20 minutes past midnight british summer time and the virtual baikanour cosmodrone and launched about 10 minutes later the spacecraft safetly touched down in mongolia asia when it was decleared back on earth by the HMVSA making this the first Virtual Astronaut beating all other countries to space virtually or not.

Gagarin 2- The mission was the first mission using the European CTV. The Launch went problem free and so did the mission to take simple pictures of the earth from space the mission went problem free until the spacecraft attempted reentry where for a currently unknown reason the spacecraft broke up kill all 4 V astronauts making it the first HMVSA failure. The CTV has been grounded until after program luna when unmanned tests can be done.

Gagarin 3- The last of the Gagarin program with the launch of a third launch vehicle with foreign V astronauts on board. The mission took place quiet soon after the failure of Gagarin 2 which broke up during reenrty. Gagarin 3 had no objective and such completed the mission. Gagarin 3 also broke the recored of orbits incraseing it from 1 to 4.

The Gagarin program was a majority successes only ruined by the currently grounded CTV when it broke up during reentry. The other Programs gagarin 1 and 2 were success however the Falcon 9 will be the only one out of the 3 to remain in active status following the program because the vostok was retired quickly after its only mission and the CTV is currently grounded. The Gagarin program will not be followed by any other program straight away but will be followed by the the Program before the HMVSA's First attempt at a moon landing in program Luna.

The Program before Luna and the Moon landings. Galileo is to test what is needed for moon landings. The rocket selected fot the Program is the falcon 9 for its reliability and is seen as a good example of the capsule, the crew will be lowered from the maximum crew of 7 down to 3 the same size as on the Apollo capsule used in program Luna. The program will end with a pre-luna test of the Saturn 5 rocket.

Galileo 1- A simple mission which was the same as the gagarin 3 mission wth a reduced crew of 3 instead of the possible 7 crew avaliable for the capsule.

Galileo 2- The first docking of any HMVSA resulted in a abort to save the lives of the crew after 3 failed attempts at the docking no pictures were posted of the mission.

Being a virtual space agency there are no real astro/cosmonauts onboard the spacecraft however the DVSA will allow for countries to be included/involved or credited in the missions if they assist the DVSA pre-mission by such things as suggesting missions, preforming missions with DVSA assistance or anything along these lines.

All Nationals Who have flown with the HMVSA

The DVSA is hoping after achieving it's aim of virtually landing on the moon it can set its sight to the virtual ISS and assisting other nations in their own goals of virtual space travel but the DVSA has also plans to replace the virtual Space shuttle Atlantis which comes a standard with the with the simulator and replace it with the Dale Republic's own version known as a Sky shuttle. A sky shuttle is the Dale version of the space shuttle and is nearly exactly the same it is only different from the space shuttle in apperance. The name given to this sky shuttle is Santa María the name of the ship which christipher columbus captained when he discovered the new world. 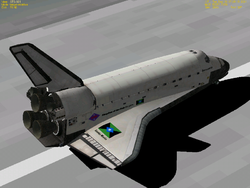 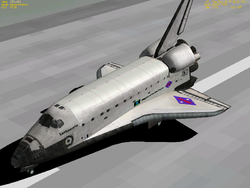