The Communist Party of Paloma (Spanish: Partido Comunista de Paloma, PCP or more commonly, CPP) is the sole ruling party of the Free Socialist State of Paloma and has sole control over the Paloman People's Army (PPA). The party leads a one-party socialist state in Paloma The Paloman constitution ascribes the role of the party to be the "leading force of the government and of the society". It was founded on 20 November 2019 in Paloma City.

The Constitution of the Communist Party of Paloma outlines the ideological beliefs of the party, collectively referred to as Socialism with Paloman characteristics, which consist of Marxism–Leninism and Aidan McGrath Thought. The party is also known for its advocacy of what it calls a "Paloman socialist economic market" where a majority of companies and organisations in the country are state-owned or partially state-owned and managed enterprises. Each successive leader of the CPP has added their own theories and beliefs to the party's constitution. As of 2022, the CPP has 17 members.

Origins and the Maria Conference

Paloma was under a provisional government shortly after it had declared it's independence from the United States due to the Paloman opinion of American politics being at a all time low. The provisional government which only lasted around one week was debating on the possible paths the country could take and what form of government the state should have. On 20 November 2022 a meeting of sixteen members of the provisional government dubbed "the big sixteen" held a meeting at a local park, the meeting was later named the Maria Conference. The group discussed the beneficiaries of a socialist state following the principals of Marxist-Leninism. At the conference the leader of the big sixteen, Aidan McGrath proclaimed the Free Socialist State of Paloma, with this came the establishment of the Communist Party of Paloma and making it the ruling party of the government.

After establishment, the Communist Party ruled the government under a isolationist dicatoriship in which durring this period a small cult of personality was developed around McGrath and Vice President Jack Morris in the hopes of forming a communist-state. This period would last very shortly and wasn't very popular, including with both McGrath and Morris. Reforms were made putting the legislature, the Supreme Paloman to use however McGrath still retains his powers while dictator and reformed the state into a republic.

The party would then go to fill the seats in Supreme Paloman and pass many forms of legislations and reforms with a notable example being the Federal Excrement Claim Act of 2021. The Supreme Paloman and it's Communist Party members act as a rubber stamp with majority of motions passing under the leadership of the CPP unanimously.

The party gone on to open up diplomatic relations between other countries like with Austenasia and New Richmond, however it has refused to support the ratification of many treaties such as the Montediszamble Convention or the Augusta Accord as an expression of neturality. The party has also rejected proposals to join organisations in hopes of maintaining neutrality yet the party has supported the theory of ContraGUMism and claimed that the Grand Unified Micronational is elitist group and against the CPP's values and beliefs.

The advocation of Irredentism and regaining formerly lost territory was popularized after the start of the Bayport conflict in which extremists from the former territory of San Souci had declared independence as the "Kingdom of New Paloma". Seen as a massive loss and humiliation to the party the ideas of reclaiming lost lands and restoration of its governments became one of the priories of the CPP and the Paloman Government. San Souci was invaded by the PPA Ground Force on the 21st of November, a day after one year anniversery of Paloman establishment. The Paloman flag was then planted there and hailed as a great victory by the CPP.

The party's centralised and hierarchical organisational structure is based on democratic centralism. This structure entails that lower party organs obey the decisions of the higher ones, such as the Standing Committee of the CPP. It also entails a ban on internal party factions due to fear of division amongst the party members.

Elections to the unicameral Supreme Paloman are held every two years. The body is elected by members of the Paloman government with approval of the President or Vice President. Most candidates, therefore, end up being members of the CPP.

The CPP is a Marxist–Leninist party deeply influenced by the Chinese and Cuban communists' examples. The party sees itself as "sole representative of all Palomans who hold the goal to lead a successful communist society." Like the Communist Party of Vietnam, the CPP promotes the idea that socialism can only succeed if a disciplined and genuinely revolutionary party is in place. Thus, the party considers itself the directing force of the socialist revolution and socialist construction, and sees as its responsibility to propagate Marxist values.That is, it considers itself to be a vanguard party. 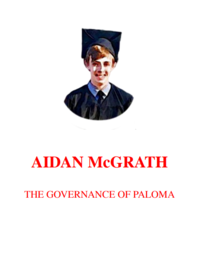 Marxism–Leninism and Aidan McGrath Thought are the party's guiding ideas. Aidan McGrath said in a speech in 2020: "Marxism-Leninism isn’t Paloman. Yes it is true, the most solid type of socialism is not working for Paloma and it never has. Paloma needs socialism but, with Paloman characteristics." The CPP also supports Guevarism, which supports active revolution and guerrilla warfare in order to carry out a revolution and Hamiltonianism which are the the political principles and ideas held by or associated with Alexander Hamilton that center around a belief in a strong central government, broad interpretation of the federal constitution and a general distrust of the political capacity or wisdom of the common man. Some critics have claimed this contradicts the idea of the workers controlling the state in a socialist society however the party has stated it does not count members of the revolution as common men.

The CPP maintains party-to-party relations with communist and non-communist parties, alike. It is a member of the Union of Communist and Socialist Parties, an international forum of communist parties. It also maintains close party-to-party relations with the Communist Party of Baustralia (CPB) and the Socialist Party of the Ponderosan Revolution. The party also funds political parties like the CPB and did so with the former Worker's Party of Baustralia.