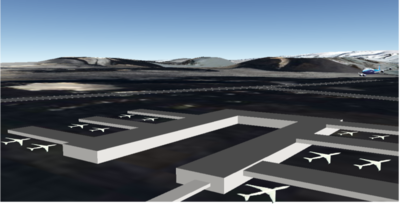 The yet-to-be named national airline will serve all of Antarctica and several destinations off-continent. The Destinations served at MGX are as follows: