Gentoo Airways is the proposed national carrier of the Federated States of Antarctica.

Gentoo Airways will not serve any destinations in the Middle East.

The Gentoo Airways fleet will consist of five aircraft types.

Used for long inter-hemispheric flights, such as between Antarctica and Europe or North America. These flights can be anywhere from 18 to 26 hours long and a large aircraft providing maximum comfort as well as high fuel capacity is critical. The Airbus A380 is capable of carrying 853 passengers. However, Gentoo Airways will use first-class type seating in the entire aircraft. The upper passenger cabin will consist of sleeper cabins, similar to what is available on Amtrak trains. This will reduce passenger capacity to to around 450. 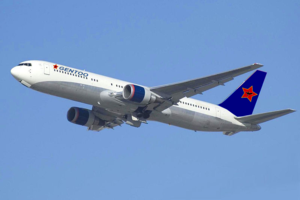 Used for intra-hemispheric and trans-continental flights. This will be the most common aircraft type in the fleet. 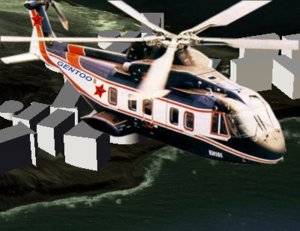 These will be used for transportation to locations that do not have a landing strip or runway, such as Georgetown and Vladiyug. In some cases, such as Vladiyug and the Adelaide Islands, a runway will be away from the main settlement. Passengers will fly via regional aircraft to the runway and then transfer to a helicopter, which will fly them to a heliport at the destination.

Used for transporting cargo to destinations that are not practically reached by sea or land.