Sovietia, officialy the Sovietian Empire (Portuguese: Império Soviético; Cyrillic: Империо Сoвиeтицo) is a virtualist micronation which claims as territory all factories of the former Eastern Bloc countries plus those in Brazil. With no clear claimed area, the official state's definition is that of 0.1 square kilomoters (0.039 square miles) and with an unknown size of population, kept as secret by the state, the country holds no administrative division but counts on several virtual cities made of the conglomerate of workers of several geographical cities in determined areas. The country's capital and largest city is Trotskygrad, named after Leon Trotsky. The country has the English and the Portuguese as its co-official languages, while the Russian and German languages are constitutionally considered cultural languages. Added to this, the Russian cyrillic alphabet is officialy utilized, normally applied to the Portuguese language.

Sovietian claimed territory is, or was, part the main workplace of the oppressed workers of poor countries during the second industrial revolution during the late nineteenth century, which became the political stage of the communist revolution which took place in several countries during the first half of the twentieth century. Following the downfall of most communist regimes in late twentieth century, these factories ceased to be politically relevant spaces inside these countries' newly-established capitalist regimes. In 2016 the current King Arthur II of Ebenthal, then King of Roschfallen, firstly envisioned a nation-state in which the factories' workers would be once again important political players, mixing it with a modern and functional structure of government. In mid 2020, taking advantage of the cold war in the Lusophone sector, supported by partners of the Conference of Santiago and the Nuremberg Commune, the Sovietan Empire came into existence through a proclamation and the creation of its virtual ambients. The constitution was officialy innaugurated 20 days following the country's foundation, watching over a series of pre-established designations, the Fundamental Laws, which defined the country as unitary trotskyist one-party socialist state under an absolute monarchy.

Sovietian economy's calculation is based on the added value of properties, resources and profits of its workers, with the gross value of GVA reaching an undeclared value, thought to be grossly around US$1.000.000 dollars. Following its foundation, the amount of money invested in the country's infrastructure and overall development is expected to boost its economic growth. Sovietia is a member of the Brazilian sector, and is sometimes also associated to the Lusophone sector, being a small power in both, although the country draws some credibility from its monarch, who is also a respected Brazilian micronationalist as King of Ebenthal. Following its establishment, Sovietia is expected to join the Conference of Santiago, which supported its creation, and to become a founding-member of the upcoming Intermicronational Socialist. Citizenship can be aquired by being a worker and applying for it. In 1 February 2021 the micronation returned its political activity.

The Imperial Constitution and the Fundamental Rules defines the country's official name as Soviet Empire on both charter's first articles.

Art. 1. The Sovietian Empire is a socialist state of the whole people, expressing the will and interests of the workers, peasants, and intelligentsia, the working people of all the nations and nationalities of the country.

Leon Trotsky at the Red Square during the October Revolution, 1917.

In the nineteenth century factory workers and peasants worked under harsh conditions, long periods and for extremelly low wages. Workers or their representans in politics and media were constantly silenced in all possible ways by the governments in many countries, more notoriously, by the Imperial Russian Government. The Bloody Sunday, when unarmed demonstrators led by Father Georgy Gapon, were fired upon by soldiers of the Imperial Guard as they marched towards the Winter Palace to present a petition to Tsar Nicholas II of Russia, was the trigger to the real fight for the workers' rights and so to the 1905 Russian Revolution which turned the factories and peasants workplaces into political fields. Amidst the chaos, the Saint Petersburg Soviet was created with between 400 and 500 elected memberd by around 200.000 industrial workers. In late 1905, the exiled revolutionary Leon Trotsky returned from Siberia and assumed the soviet's control, calling off the general strikes fearing this would give the government an excuse for greater oppression and to better architect a plan. From then on the workers politized and the numbers of Soviets in Imperial Russia frew extensively.

With the outbreak of the 1917 Russian Revolution, more specifically following the October Revolution, the soviets led by Bolshevik Party came to power speaking for the workers. Led by Lenin and Trotsky, the bolsheviks started the needed changes in order to give the lower classes the power they lust. The Soviet Union was established as a communist ideocracy. However the new regime faced serious problems as Treaty of Brest-Litovsk which ceded much of European Russian land to the formation of new countries, the Red Army's brutality and the negative impact of this on the working classes to the ongoing Russian Civil War. Debates on several concerns hardened as individuals fought for the control of the country and party, with Lenin supporting Trotsky as his successor while Stalin acting in the shadows to overthrown the power and ultimatelly succeeding in it. As Stalin wasn't commited to the Communist ideal as much as to himself, the revolution fatally failed but succeeded in inspire the establishment of several communist regimes. 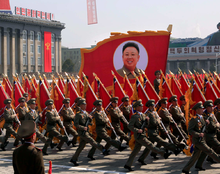 North Korea's hereditary communist dictatorship, sometimes labeled as a monarchy, also served as inspiration for the foundation of Sovietia.

The first projects on the development of Sovietia were given in 2016 by Arthur Brum, a Brazilian micronationalist with two years of experience by then, being King of Roschfallen. A liberal monarchist, Arthur was curious to see if and how a monarchy could work alognside communism, being diametrically opposed to each other. The envisioned country would mix features of the Soviet Union and the Russian Empire, but also from East Germany and Brazil, where it would be based. It was decided that the country should be an Empire and should make all possible references to the workers, of whom the monarch would draw his power and legitimacy. The national symbols should mix communist and monarchist symbols as well, with hammer and sickle obligatorily present. These designations, plus some others, were officialy called Fundamental Laws, this means, basic decisions after which the country's future constitution would be based on. Politically, the monarchy would adopt the Trotskyism, regarded by Arthur as somewhat fair and "the only one communist branch that makes some sense", and also because of Arthur's admiration towards Trotsky's resilience, strenght, commitment and fidelity to principles.

In order to accomplish Sovietia's establishment, Arthur took good care on dictating on Roschfallen's constitution that the sovereign could be shared by another nation, this means, the person of the monarch could be shared, but each monarchy should remain completelly independent and holds no possibility of a crown union.

In late June 2020 the crisis of the Lusophone sector was intensified by the exchange of accusations between the United Provinces of Mauritia, backed by the Conference of Santiago, and the simulationists, backed by a few actual micronations. The head of the Simulationists, whose name won't be said, claimed the whole German territory as belonging to him as an autocratic monarch, and so most members of the Conference of Santiago came up with the ideia of create a joking micronation in German territory to mess with the Simulationists' leader. On 3 July a group of several micronationalists, including Arthur Brum, now as King Arthur II of Ebenthal, proclaimed the Nuremberg Commune, a virtualist micronation claiming as territory one park bench at the Stadtpark in Nuremberg. Communism was adopted to turn the micronation automatically into an opposition to the Simulationist leader and his asbolute monarchical views. Taking advantage of the momentum, Arthur put his old micronational project into work, on which he was supported by the Conference and most of the Brazilian sector. In 8 July 2020 Sovietia came into existence through an open proclamation by Arthur Brum, self-proclaimed as Emperor Arthur I, and the creation of the micronation's virtual spaces. Upon founding Sovietia, Arthur sought the help of Prince Hugo IV of Negromonte, one of his subjects in Ebenthal, who agreed to participate on the country's development by, among other things, drawning a constitution based on the Fundamental Laws. The micronation is also expected to join the Conference of Santiago and, along with Nuremberg, found the Intermicronational Socialist. 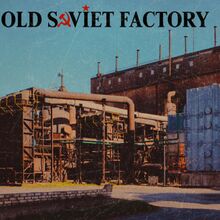 Old Soviet factory's album of mechanical sounds.[1] All factories of all European former communist countries, plus those of Brazil, are claimed under Sovietia's sovereignity.

Sovietia's claimed lands consists of all factories in the countries which formely composed the Eastern Bloc during the Cold War - this means all countries of former Soviet Union, plus Romania, Bulgaria, Hungary, Poland, Czechia, Slovakia and Albania - plus the factories in Brazil, from where the micronation's core members are originated.

The government doesn't hold any intention to administrate its claimed territories and states that the claim is symbolic to illustrate that the factories, the means of production, belongs to the workers, and on this specific case, is claimed by their Emperor in their name. In order to define the country's proper territory in size, as it is virtually impossible to gather the added size of all factories in several countries, the government claims the country's territory to be that of 0.1 km² (0.039 sq mi), and the country abides by the Brazilian time zone, the UTC−3, and the summet time zone UTC−2. There is no body of water in Sovietia.

As a virtualist micronation, Sovietia's actually administrated territory is virtual, this means, exists only in on-line spaces, and consists of government forums analogue to government buildings, informative pages analogue to journal and news agencies, and other kind of sites.

The Sovietian Empire is constitutioanlly defined as an unitary trotskyist one-party socialist state under an absolute monarchy and is regarded as an authoritarian regime. As a one-party state, the only legal party is the Sovietian Worker's Party. The General Secretary of the Worker's Party, the nation's head of government, is elected by the party's Central Committe and, under approval of the country's unicameral legislature, the Supreme Soviet, becomes the Sovietian Emperor and head of state, occupying at the sime time the two highest offices in the Sovietian Empire. The Emperor and General Secretary exercises his powers by appointing the nation's Council of People's Comissars, including the Chairman of the Council of People's Commissars of Sovietia who deals with the country's day-to-day political affairs. Judiciary authority is under the Chairman of the People's Supreme Court of Sovietia, appointed by the Chair of the Council of People's Comissars. All the country's powers are officialy vested upon the people, but are exercized by the monarch, as their supreme representant, and by his government, on their behalf.

Sovietia's unitarism and lack of physical territory to actually administrate works in the form of groups of Sovietian citizens geographically close to each other which were considerate Autonomous Municipalities, and Worker's Territories which was the official designation for the uninhabited factories in Brazil and Eastern Europe claimed but not administrated by the Sovietian Government. There are currently two Autonomous Municipalities in Sovietia, besides the capital, Trotskygrad, and 21 Worker's Territories. Furthermore, the On-line spaces, officialy designated as People's Spaces, are counted as a separate type of administrative entity. While Autonomous Municipalities are anarchical, having no formal government other than the people's will, Worker's Territories and People's Spaces are directly under the Central Government's jurisdiction.