Xingu, officially the State of Xingu, is a micronation located in South America, surrounded by Brazil. Formerly known as the United Provinces of Xingu, it was accepted as a protectorate of the Karno-Ruthenian Empire on April 2022, not only brining it close to the sphere of influence of the Empire, but also acting as a military frontier of Karnia-Ruthenia, being until the second half of 2022 a client state, achieving full independence in mid-August 2022.

At 3 square kilometers (1,864 square miles) and with over 3 citizens, the territory of Xingu is located within the Brazilian state of Pará, in the city of Altamira, comprising a house, a stream and riparian forest. The capital and most populated city is Western Concordia with Portuguese and English as the national and official languages. 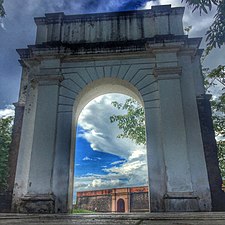 Fort of the Nativity.

Archaeologists divide the ancient inhabitants of prehistory Xingu into groups according to their way of life and tools: hunter-gatherers of the coast and farmers. These groups were subsequently named by European settlers as "Indians". There are archaeological records proving the human presence in Brazil - and Xingu for instance - since 3000 BC.

By the Treaty of Tordesillas, the region was in possession of the Spanish Crown, and the Portuguese expeditionaries, with the purpose of consolidating the region as Portuguese territory, founded the Fort of the Nativity in 1616 in Saint Mary of Bethlehem of the Great Pará. Despite the construction of fort, the occupation of territory was marked by early Dutch and English incursions in search of spices, hence the need of the Portuguese to fortify the area.

In 1823, the Pará decided to join the independent Brazil, which had been separated during the colonial period, reporting directly to Lisbon. However, political infighting continued: the most important of them, the Cabanagem in 1835 and only revolt led by the popular strata, decreed the independence of the province of Pará, just to be reverted after the revolt.

After the revolt, the local economy grew rapidly during the 19th century and early 20th century by exploitation of rubber, the latex, by extracting it. At this period the Amazon experienced two distinct economic cycles with the exploitation of the same raw material. With the decline of the two cycles of rubber (1870–1920 and 1940–1945),[2] came a distressing economic stagnation, which stopped in the 1960s and 1970s,[3] with the development of agricultural activities in the south of the state. From the decade of 1960s, but mainly in the 1970s, growth was accelerating with the exploitation of minerals mainly in the southeastern region of the state, as with iron extraction in the Serra dos Carajás and the Serra Pelada gold.[4] 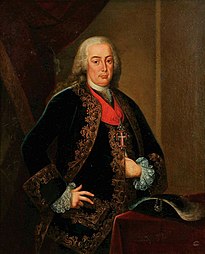 The history of Altamira, a city that surrounds the State of Xingu, traditionally covers the period from the installation of the Jesuit mission in the city to the present day. Although it is known that, even before the 18th century, ancient Jesuit missions already inhabited the Xingu region, it was only in the 1750s that Father Roque Hunderfund entered the Xingu River to the Igarapé Tucuruí, later called Vitória. There, he made contacts with the Xipaia and Kuruaya indigenous people, who guided him towards the Volta Grande do Xingu. There, near the mouth of the Panelas stream, they chose the foundation of the Tavaquara Mission, whose settlement formed the city of Altamira.

The policy of the Marquis of Pombal in the 18th century closed all Jesuit missions in the colonies, causing the Tavaquara Mission to cease its activities. The parish of Souzel continued to help the village, but it was not until 1841 that Father Antonio Torquato de Souza reopens the connection with the Vitória stream, in the lower Xingu, to the Tavaquara Mission, making it more accessible. The first administrative elevation took place on 14 April 1874, when the municipality of Souzel was created, where the Tavaquara Mission was elevated to the status of a village. On 2 April 1883, under the influence of Colonel Francisco Gayoso, the village of Tavaquara was elevated to the village of Souzel, receiving the name of Altamira. In 1880, Cavalcante Agrário resumed the works of Colonel Gayoso, rectifying the route of the road that the aforementioned started, starting from what is now the seat of the municipality of Vitória do Xingu and arriving at the mouth of the Ambé stream, there building the Ambé Fort, which no longer exists. 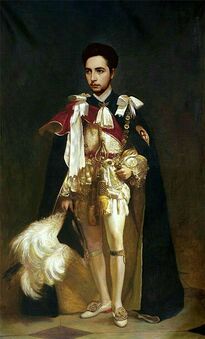 The first micronation that emerged in Altamira was the Principality of Lourensia, founded in 2017, which claimed for itself the entire Ilha do Arapujá (also popularly known as Ilha do Capacete, for having a similar shape to a soldier's helmet), some expeditions were officially called in order to plant a flag on the island, but no princely expedition reached there, remaining only a claimed territory.[5] Lourensia was named after the surname "Louwrens", assumed by the founder André Igino Chalegre, then a former citizen of the United Provinces of Mauritia. André de Lourensia gained much prestige as a citizen of Mauritia, reaching positions of very high authority,[6] even becoming Governor of one of the Provinces, was also Head of Special Forces and part of the nobility, made by Stadhouder Lucas VIII of Mauritia the First Knight by the Order of Barlæus and Baron of Noortarx.[5][7][8] During its existence, three princes ruled Lourensia, developed a formidable diplomacy, signed the foundation and was an active member of the Atlantic Charter, leaded by the United Provinces of Mauritia. Lourensia was first ruled by its founder, André de Lourensia, who abdicated in favor of Mateus (I), Duke of Mendes, who after a short reign, abdicated in favor of Matheus (II), Baron d'Anchieta, a period known as "the government of the three princes".[5] With the departure of Baron d'Anchieta to exile, the Princely Throne became vacant, and André de Lourensia was forced to reassume the crown once again. Decided to carry changes deemed as necessary, in 2018 the principality joined the Kingdom of Manso as a vassal archduchy. During a crisis of inactivity in Manso, the local Lourensian government was forced to declare independence. However, without enough citizens, it was later dissolved.[5]

In 2020, the former Prince André of Lourensia decided to establish the Kingdom of Gardenland, which soon was reformed into a Principality. With extensive technical and diplomatic support from Karnia-Ruthenia. Gardenland existed for an entire year under the shadow of an isolationist policy carried by its Chancellor, Nelson Weber. With few affairs and plagued by inactivity, Gardençand would dissolve, but not before declare itself the successor state of Lourensia and retain custody of the state assets to be restored in the future.[5]

In the year that followed the end of Gardenland, the Union of the Provinces of Xingu was created as the definitive successor state of its previous incarnations, this time claiming the region where the Igarapé Ambé is located, bringing a mixture of the two previous projects and legally assuming the responsability to represent the previous states affairs. With the signature of the Treaty on the protective relationship between Karnia-Ruthenia and the Union of Provinces of Xingu, the United Provinces of the Xingu became a protectorate of the Karno-Ruthenian Empire, assuming its current status.[5] where it would later become an independent state.

The Xingu State had a flag with a green field and a coat of arms (images below) that were later replaced by the current weapons, today, the Xingu has a tricolor flag with the colors of the xingu river (black), the amazon forest (green) and the sky (white), it also has a seal, which is constantly used as a state coat of arms..

Xingu is located in a transition area between the Brazilian Highlands and Amazonian Lowlands, on the shores of the Xingu River a tributary of the Amazon River, with average elevation of 109 meters. 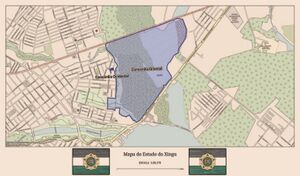 The Xingu State is divided into two cities, Concordia Oriental and Occidental, both under the same jurisdiction of the central power.

The climate of Xingu is tropical monsoon (Köppen Am), with high temperatures all year and average rainfall of 1,844 millimetres or 73 inches annually. The seasons are undefined by temperature, but there is a distinct wet season from November/December to May/June and a dry season from July to October, although some rain does occur during this dry season.

The Amazon represents over half of the planet's remaining rainforests and comprises the largest and most species-rich tracts of tropical rainforest in the world. Wet tropical forests are the most species-rich biome, and tropical forests in the Americas are consistently more species rich than the wet forests in Africa and Asia.[9] As the largest tract of tropical rainforest in the Americas, the Amazonian rainforests have unparalleled biodiversity. More than one-third of all species in the world live in the Amazon rainforest[10] The largest biodiversity of the planet is present across the state of Pará, at the border of Xingu.

The Xingu State's policy towards diplomacy is unrestricted by the powers of the Czærisgrav, who is the Head of State and Government in the country. The Xing with Republic of Molossia, Karno-Ruthenian Empire, Kingdom of Ebenthal, United Provinces of Mauritia, Kingdom of Quinta Velha, Great Empire of Villa Alicia, as well as other respectable micronations. The Xingu is also a member of the Conference of Santiago. Currently the Xingu is actively participating in the Santiago-Mansean Conflict, and Xingu Affair. In the internal politics of the Xingu, the state rules with an iron fist to the absolute orders of the Czærisgrav. As a declared Absolute Autocracy, the Xingu have a leader with unlimited powers. Still in the internal political sphere, the Xingu State has a presidential office, whose President is handpicked by the Czærisgrav, the President also has unlimited powers as long as he does not enter in conflict with the Czærisgrav.

The Czærisgrav is a title of Head of State and Government, arising from the merger of the titles of "Eristavi" and "César", the Xingu is the only country to adopt the title. Previously, the holder of the title was already made Consul and Grand Prince, titles used before the aristocratic reform.

Address: The Czærisgrav holds the following monarchical style: His Most Excellent Grace, the Czærisgrav of the Xingu State, SMEG André Igino Chalegre, Duke of Eastern and Western Concordia, Duke of Chalegre and Grand Prince of Lourensia, Baron of Gardenland, Baron of Noortarx, Knight of the Order José Eduardo dos Santos, Knight of the Royal Order of Merit of Barlæus, Knight of the Most Excellent Order of São Paulo, Honorary Colonel of the VI Imperial and Royal Army of Karnia-Ruthenia, Honorary Colonel of the Imperial and Royal Regiment of Hussars, Knight of the Order of the Cross of Santiago, Captain -of-the-Sea of ​​the Royal Navy of the United Provinces of Mauritius, etc, etc, etc (...)

Legally, the exact role of the person carrying the title and its function were never officially stipulated in the constitution or in any other piece of legislation, but the Grand Prince is the head of state and head of government, and had unlimited authority to pass decrees. The Grand Prince performs duties like lead military campaigns, represent Xingu in foreign travels, among others.

From the beginning, the State of Xingu was under the influence of Karnia-Ruthenia. The so-called "protection treaty" (Treaty on the protective relationship between Karnia-Ruthenia and the Union of Provinces of Xingu), signed on April 2022, subordinated its foreign, military and economic policy to that of the Empire, while the Armed Forces of Karnia-Ruthenia established the so-called "military frontier".

Xingu has a mixed economy and a small internal market, in a stable and controlled ascension, with the GDP per capita following on the same course. Active mainly in service sectors, with major export products including manufactural goods, information technology and services.

Most of the country's business is done in Brazilian Real and the higher expenses of economy are with welfare and infrastructure, followed by security, health and the environment. Spending on government manutention are minimal.