Patryk Adam Bronisz (born March 5, 1995) is a St.Charlian journalist, commentator and politician. He was the second Director of St.Charlie Action News and is a member of the National Party of St.Charlie. He has been serving as the first High Judge in Royal Court of Micronations since September 19, 2010. At January 8, 2011 he become member of the Government, serving as the third Minister for the Diffusion of St.Charlian Culture (a.k.a. Minister of Culture), succeeding Fabiana Gallo della Loggia.

On August 5, 2010 Patryk Adam Bronisz proposed to create a news program live from Bydgoszcz. After approval from Alexander Reinhardt and Fabiana Gallo della Loggia, discussions began; and it was decided that the program's name would be abbreviated from St.Charlie Action News to SCAN. Later on September 4, Bronisz discovered major technical problems within the production studios and declared he was unable to start the season, thus suspending the program even before starting. On the same day he resigned from the title of Director.[1]

Since October 3, 2010 he start new SCBN program called Bronisz's Parquet, where he makes public his point of view. That was his return to journalism. Program is make by webcam from his room.

On September 23 he become correspondent in St.Charlie on Atlantis Post.[2]

For October 4 to October 23, 2010 he was Honorary Citizen of Republic of Atlantis. This title and Atlantis Civil War Campaign Medal was given by Alexander Virgili after Bronisz's speech about Atlantis Civil War in Parquet, where he support loyalists side.[3]

Since October 7, 2010 he was the director of The National Journalism Agency of Atlantis,[4] but on October 19 he resign from this office because he don't want to be formally related with Atlantis.[5]

At 23 October, 2010 he write a statement where he said that after don't respect man's private life by Republic of Atlantis he don't want to be related with this micronation and he resign from all titles and medal.[6]

Patryk Adam was born at the University Hospital of Antoni Jurasz in Bydgoszcz, Poland.

Besides his native Polish, he speaks English. He also understands basic German and Spanish. He joined St.Charlie on July 19, 2010 and applied for membership to the National Party of St.Charlie on August 8. 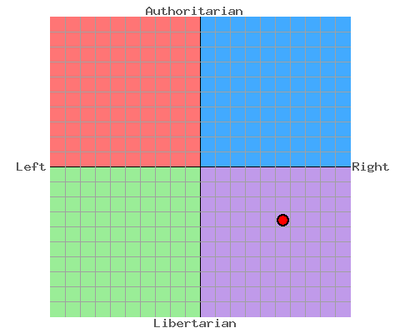 He's radical anticommunist. He stresses his Polish ancestry and supports initiative like Euro 2012 and Bydgoszcz as a European capital of culture.[7] He was the originator of the half year commemorations in St.Charlie of the tragedy in Smolensk.

Yeah, that is profit for me that I'm Pole [...] Because people from my country (from Solidarność) fight with this fucking ideology, which you promote. And I'm proud that I have so great people inside my country. I'm proud!

Patryk Adam Bronsiz is available for contact on the following addresses: