From MicroWiki, the micronational encyclopædia
(Redirected from New Canada)
Jump to navigation Jump to search

The States of New Canada is a large micronation formed in 2012 by Prince Jordan. New Canada is made up of several countries: Wisteria and Baijan, Dalton-Arika, Empire of Los Angeles, Kulland, Marsa, Merica and Hillsborough.

The "New Canada" name had been used as early as 2006, when Zachary Vercetti founded a micronation in North America under the name "FR New Canada". Following a coup d'état it went defunct in 2008 and was no longer seen again. Little is known about this micronation, since the rulers had left MicroWikia in January 2008 during MicroWiki's TalliniEra (2006-2008) and there seems to be no connection between the old micronation and the micronation outlined in this article.
However this micronation happened when Williamsia was re-established on MicroWiki by Prince Jordan. However, there was little activity and most of the pages were of poor quality and no longer existed. To increase the activity of the Wiki, Prince Jordan sent requests of a micronational merger to several micronations, including the Democracy of Grum, Dalton (Now Dalton-Arika), and the Kingdom of Rosettia (now the Empire of Los Angeles). The latter two accepted, and formed a nebulous union. 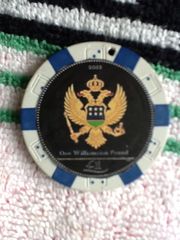 Rosettia split in two between the original kingdom, a diarchy ruled by King Ronnie I and Acting Queen Sandra I, and the Empire, ruled by the former queen and now empress Monique I. The split was allegedly caused by King Ronnie giving power to the citizens, rather than ruling with an iron fist as Queen Monique intended. The civil war in the Kingdom of Rosettia was further intensified when the Republic of Rosettia split from the Kingdom. Both the Rosettian Empire and Republic were officially part of New Canada. However, Empress Monique and President Sandavol never confirmed this and the Republic collapsed in June 2012 while the Empire collapsed in July 2012.

Princess Katie of Wisteria-Williamsia then recreated the now defunct Freedonia. This then became the fourth country to join New Canada. Shortly after, the nation of Kulland, an early incarnation of Dalton was restored as fifth country. Wisteria, then broke away from Williamsia, and became the sixth country of new Canada. However Wisteria then was annexed with Williamsia again becoming Wisteria-Williamsia. Dalton was then annexed with the Elefthfrian state of Arika, creating Dalton-Arika which was the successor state of Dalton in the States of New Canada.

On the sixth of July 2012 New Canada adopted its first constitution setting up a national government. New Canada elected its first president Rilgar Ompastre and he took office on the first of August 2012.

The territory of Freedonia was made into New Kosovo after the war. It was divided into six "sectors", each controlled by a different nation. 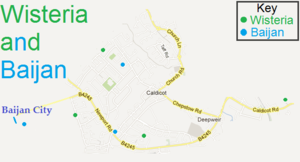 Freedonia claimed Cwmbran, (Marked in red). This was the cause of the Civil War.

On the 19th July 2012 the New Canadian Civil War occurred, this was caused by a border dispute between Wisteria-Williamsia and Freedonia. Wisteria-Williamsia won the war and claimed Freedonia's former territory. This was then split into 6 section and formed a kingdom currently known as New Kosovo. Marsa was created by Princess Katie on the 20th July 2012 to replace the defunct Freedonia in New Canada. Minaja currently does not have any land, however it has adopted the New Canadian currency, The Williamsian Pound.

Sometime in December 2012, a dispute arose within New Canada regarding the concept of a confederation becoming a New Canadian constituent. Specifically, the argument was over whether or not to allow the Northern Federation of Occidental Republics (N.F.O.R.), the successor state to the Republic of Hillsborough, should be allowed to join New Canada. The leader of the N.F.O.R., Ivan Abernathy, as well as multiple other constituent leaders, held a meeting to put the issue to rest. It is uncertain how, but the argument escalated to a point where the main leaders of New Canada considered the disestablishment of New Canada entirely. Some time after this meeting closed, New Canada was officially disestablished.

A list of Allies, Diplomatic Relations, and Informal Relations of New Canada.

Relations to be Categorised

New Canada as a whole nations is a member of several political organisations. However the Constituent Countries are allowed to join cultural and geographical organisations as individual entities.