MT Kaisiris Tallini (born Cesidio Tallini, 10 May 1962) is an analytic theologian and founder of the Cesidian Network, Chancellor of Saint René Descartes University, and Rector of the Centre for Cesidian Law. Kaisiris is the world's first micronationalist recognised in de jure, or acknowledged in de facto fashion by several government or quasi-government bodies. He is also the first micronationalist to actually be recognized for multiple nationalities within the same developing new region of the world, so Kaisiris is both a micronationalist and a multinationalist. Kaisiris has assisted two micronations — Principado da Pontinha and Kingdom of Ourania — with their development; claims two Native African — Republic of Cabinda and Southern Cameroons — nationalities by naturalisation; and claims to be the world's first full Antarctic national by affiliation. Kaisiris also recently became the world's first ectopolitan, a word which comes from the Greek, and describes a person outside of politics altogether, a delineate of the world, rather than a citizen of the world.

Kaisiris has earned both American and Italian high school diplomas in the past; has earned several different post-secondary education diplomas and certificates, including a National Work Readiness Credential from the National Work Readiness Council, and a Certificate of Qualification to Practice from the Law Society of Cabinda; and has earned a BS degree from the University of Phoenix, another BSc degree, two religious doctorate degrees, and was awarded two honourary doctorates. Kaisiris has also recently earned a degree from Saint René Descartes University, after becoming the world's first self-made Salubriology Doyen (SD), so besides being high priest (Kohen Gadol) of the Restored Ancient Order of Melchizedek, and supreme magistrate (Meddíss Túvtiks) of the Kaisiris Clan, he is also physician (Iatros).

Finally, Kaisiris is also Regent of Paradiplomatic Affairs, and Guru and founder of Global Earth Oceans (GEO), a new region under development.

Kaisiris was born in Jamaica Hospital, New York, on 10 May 1962. He has resided for extensive periods of time both in Italy and in the United States. He moved to Italy at the age of 9, where he continued his education. He eventually earned an Italian Diploma di Maturità Scientifica from La Scuola D'Italia "Guglielmo Marconi" of New York City, and an American High School Equivalency Diploma from the University at Albany (SUNY).

Kaisiris is an honourary alumnus of the University of California at Berkeley since October 2010; an honourary alumnus of Pennsylvania State University since May 2011; and an international life member of the Chamber of Computer Logistics People (CCLP) Worldwide since August 2011. Most later developments in Kaisiris's life are at least indirectly related to Cesidian law, a field which started with the Jus cerebri electronici legal concept on 25 July 2003; Cesidian analytic theology, a field which started on 16 February 2004; and Cesidian societal-political science, a field which started with the discovery of the Tallini World Formula relationship on 11 June 2009. Most of Kaisiris' developments have thus far been legal, theological, or societal and political.

Kaisiris co-founded the Cesidian Root[3][4][5] in September 2005, but no longer has a relationship with the organisation.

On 30 April 2007, Kaisiris earned a Bachelor of Science in Information Technology from the University of Phoenix (with honours).

On 13 December 2007, René Descartes is consecrated as the first saint of the Cesidian Church. 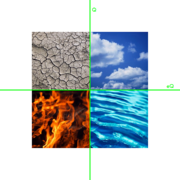 Field of everything, derived from Introduction to Analytic Theology.

Kaisiris also founded the United Micronations Multi-Oceanic Archipelago (UMMOA)[6] political party in May 2008, but disbanded the party in June 2017.

On 20 January 2010, Kaisiris received an honourary Doctor of Philosophy (PhD) in International law from the Academy of Universal Global Peace.

On 8 July 2011, Kaisiris was ordained as an Independent Catholic Priest and appointed to the title of Bishop, with apostolic succession and lineage to Christ. He also became a member of the Board of Bishops of the Universal Life Church World Headquarters (later renamed "Universal One Church").

On 1 November 2011, upon certification by the Examining Committee of the Law Society of Cabinda, Kaisiris was admitted as an Advocate, and is now authorised to practice before all the Courts and Tribunals of the Republic of Cabinda.

On 23 January 2012, Kaisiris was appointed Communications Director for the Organization of Emerging African States (OEAS). 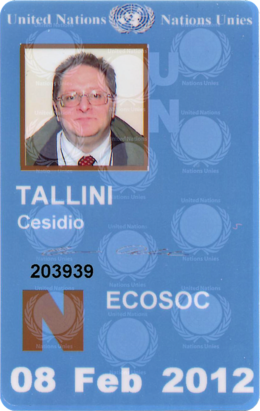 During the 7th Meeting of the Committee on NGOs, held on 2 February 2012 at the United Nations Headquarters in New York, the Chamber of Computer Logistics People Worldwide (CCLP Worldwide) was recommended for Special Consultative Status. This development became possible after CCLP Worldwide's Special Representative Cesidio Tallini managed to overcome to the persistent objections of the Distinguished Representative of Pakistan on the night of 1 February 2012. In August 2012, CCLP Worldwide was granted Special Consultative Status with the United Nations' Economic and Social Council (ECOSOC).[7][8]

On 27 December 2012, Kaisiris was made Ambassador at Large of Antarctica and Unrepresented or Underrepresented Polities for The Multipurpose Inter-Parliamentary Union (TMIPU).

On 31 December 2012, Kaisiris was appointed Interim Deputy Minister of Information for the Republic of Cabinda.

On 7 June 2013, the Paradiplomatic Affairs (PDA) agency was launched. 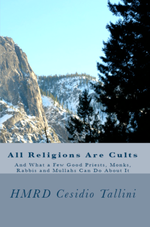 All Religions Are Cults

On 3 September 2013, the Hernici (8ED) tribe is formally registered with Paradiplomatic Affairs (PDA). This marks the beginning of the official existence of the Aboriginal European Hernici (8ED) Tribe.

On 22 September 2013, the Government of Southern Cameroons recognises the UMMOA's Aphrodite Island claim.

On 9 January 2014, Kaisiris provides the first services as Ambassador at Large of Antarctica to a Native Antarctican.

On 3 October 2014, it is first noticed that UMMOA English (UGV; en-UGV; ⓤ) had appeared authoritatively in Google searches. What was originally judged as a new English variety, variant, or lect†, since 30 January 2021 is called Ectoenglish (ⓔ), the world's first ectolanguage. Kaisiris has also started to develop other ectolanguages besides ectoitaliano or Ectoitalian (ⓘ).

On 5 November 2015, the Aphrodite Island claim/name is accepted by author and geographer Nick Middleton (in the English language).

On 11 November 2015, the Cyberterra Mean Time (CMT) standard appeared in AcronymFinder.com for the first time.

On 21 January 2016, the UK's Foreign and Commonwealth Office published a summary of the UMMOA party's views. This is the first indirect acknowledgement of the work of the Paradiplomatic Affairs (PDA) agency.

On 5 October 2017, the Indigo Race (or Homo sapiens ethicus/Homo noeticus) concept is accepted by author and social anthropologist Beth Singler.

It should be noted that while the socially limited Kaisiris Clan (12.08.2019 – ), and the Cesidian Network (09.10.2019 – ) high spirituality organisation are connected with some real micronationalists, there is no Judaeo-Christian group which is. Yet Kaisiris is treated like persona non grata by most micronationalists (non ectopolitans), so he enjoys no understanding among most micronationalists, but also receives no support. All current forms of micronationalism are either purely self-centered simulations and entertainment, or primordial forms of tribalism without societalistic or ectopolitan foundations. 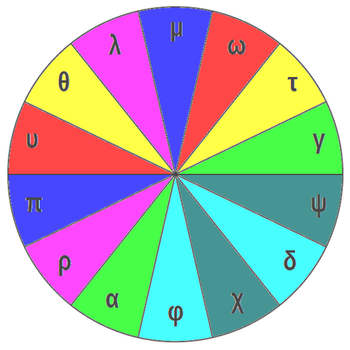 † Originally named UMMOA or UGV English, it wasn't judged a new language, but as a new English variety, variant, or lect (assessment provided by Melinda Lyons, ISO 639-3 registration authority for SIL International). Since 30.01.2021, UMMOA or UGV English is now called Ectoenglish (ⓔ), the world's first ectolanguage. Kaisiris has also started to develop other ectolanguages besides ectoitaliano or Ectoitalian (ⓘ).