Prince Luis Marcel, Prince-Regent of Atlia (Luis Marcel Ramos; born 4 April 2001) is the current Head of State of the Kingdom of Atlia. Prince-Regent since 4 February 2020, His Royal Highness has administrated the Kingdom with the help of the Atlian Council of Representatives.

Born in Tamaulipas, Mexico. He's the firstborn of two brothers, and heir to the Atlian Throne. He's interested in history, astronomy, photography, vexillology and preservation of cultures. Got interested in micronationalism on the summer of 2017, resulting in the creation of the Kingdom of Atlia. 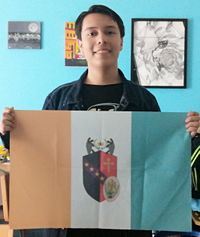 Prince Luis with an Atlian Flag

The Kingdom of Atlia was originated as an idea of Luis Marcel to give his family an actual organization as a Royal Family. It later evolved into a micronational project more than that. Up to date, the Prince-Regent has organized several activities for the different celebrations of the Kingdom for its citizens, as well as conducting diplomacy with different nations.

In the past, Luis Marcel was Regent of Carpathia (United Carpathian Federation), and Prince of the Capital Province, Crown Prince of Zuhan (Second and Third Zuhan Empire).

Luis Marcel worked since middle-2020 to Febrary 2021 in the Misberian Confederacy, acting currently as Archive and Preservation Minister in the Misberian government. And since late-2020, he has held the position of Director of Culture in the Dolusian Unitary Republic.

During Atlia's time as member of USov, Luis Marcel advocated for more interaction between members and an increase in activity. Since late 2019, the Kingdom of Atlia, represented by Luis Marcel, took the role as administrator of USov along other administrators at the moment, known as "The Triumvirate". He remained in charge until the USov's dissolution.

Along Justin Tsai of Rushwell, Luis tried to make this YAMO work. As Mr. Tsai retired, Luis Marcel tried to give some activity to the discord server where the IAMN had its headquarters. As it was evident it wouldn't take off, he decided to pull the plug and unceremoniously end the Assembly.

Prince Luis Marcel collaborated along other micronationalists to write the Halcyion Convention, being Atlia one of its first signatories. 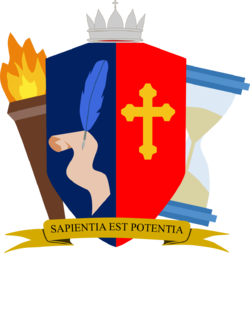