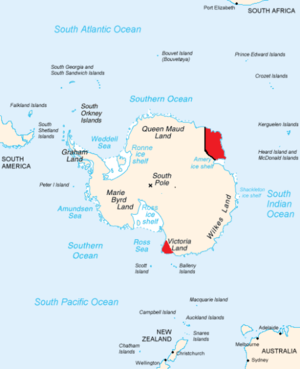 The Antarctican SSR (ASSR) is a part of the USLSSR located in Antarctica. It was created on the 13th of August 2010. The government hope to join the AMU to gain recognition for the ASSR from the micronational community.

The capital of the ASSR is Cahillgrad named after the first General Secretary of the USLSSR, Rory Cahill, currently the permanent population is zero as it is inhospitable to most but the government believe it has potential.

After Victoria Land was claimed by the USLSSR, Istoria declared war and after 2 days of war a peace deal was struck. Second War for Victoria Land.