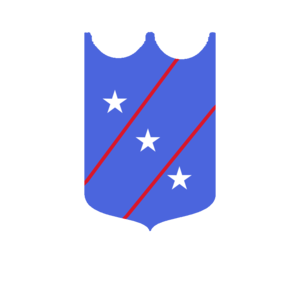 On April 18, 2010, current president John Walczyk inspired himself to create his own country. The original location of the country was a vacant field, but has been moved to his bedroom. The field itself is considered by some people a part of Resoria. In the earliest days, the national currency was created. In weeks to pass, John Walczyk would attempt to write the Resorian Constitution. None of the 3 or 4 written would not be used. The idea was abandoned by John Walczyk, until weeks later. In May 2010, John Walczyk would create a Facebook page, sponsoring his country. On May 25, John Walczyk wrote the national anthem, "Resoria", the national anthem for Resoria, which goes to the tune of "God Save the Queen". Later that week, the president began writing the new Resorian Constitution, which is still in the writing. On May 28, 2010, the president increased the size of Resoria, from 81 square feet to 661 square feet, claiming both his deck and one of his living rooms. The area of Resoria has since increased, to 661 square feet, to 1,237 feet. On July 22, 2010, John Walczyk completed the Resorian Constitution, with 5 articles, stating presidency, territories, official laws, official states, and independence. On August 12, 2010, president John Walczyk has planned a new coat of arms for Resoria. It was officially adopted as the official coat of arms on August 21, 2010. On September 24, 2010, Resoria increased size by 47,183 square feet. The Republic of Resoria has also signed up as one of the countries competing in the 2010 Micronational Olympics.

The government is a form of congress (the Resorian Congress), run by the president, John Walczyk, and Annie Walczyk takes control of the second position. Since John Walczyk is in control of the congress, he is in charge of making the decisions and laws of the country, but allows free speech.

While economy was never thought of during the creation of Resoria, the president has since then created the economy. The Resorian Federal Bank (RFB) is located in Homestead. There is no tax in Resoria, but since the Federal Bank is low on money, the president is considering a tax payment.

While the economy was still being born in Resoria, an official currency was created in the early days of creation. The jollar (Ɉ) is the official currency of Resoria. There has been 3 produced banknotes, a Ɉ1 banknote, a Ɉ3 banknote, and a Ɉ5 banknote. Ɉ1 equals US$1,500,000, according to exchange rates. On May 29, 2010, the Federal Bank created the first edition of coins for the jollar, called pents. 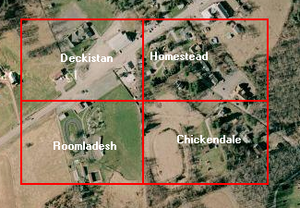 A rough map of the regions in Resoria.

Resoria is split up into four different regions, each one representing a different room or other area of the presidents house. Here are the current regions.

On May 30, 2010, the president has claimed is pool area a part a Resoria, and called it National Square, which is a part of Homestead. 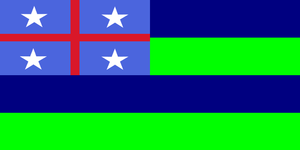 The flag for the military.

As of May 2010, there has been no official army, but the president considers himself as a "one-man" army. The president hopes for more recruits.

All of the residents in Resoria watch American television. But the president has made an online channel. The Resorian Broadcasting Channel (RBC) has broadcasted the national anthem of Resoria. The RBC will soon broadcast more information and other stuff involving Resoria in the near future.

Resoria mostly stays true to the United States customary units, but has its own custom unit of temperature, Ladius (°L), which can be found by diving any U.S. temperature by 2 (example: 74 °F / 2 = 37°L).