This article lists notable National symbols of the Empire of Vyomania.

"बलस्य मूलं विज्ञानम् , यतो धर्मस्ततो जयः" has been the national motto of Vyomania since its foundation. These words were intended to convey the idea of Dharma: Knowledge is power and honesty, love and good heart always win.

The national anthem of Vyomania was made by Maharaja Mohak I. The anthem is played at National events. 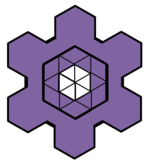 The 'Bestagon' is the emblem of Vyomania. Hexagons are found nearly everywhere- in Beehives, trees, and even in Aeroplanes' wings, because of the usefulness of hexagons. Therefore Hexagons were taken as the base for the emblem.

The National flag of the Empire of Vyomania is the symbol used primarily to represent the nation. Its dimensions are 960×644 and was initially designed during the planning stages of Vyomania. 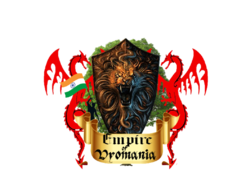 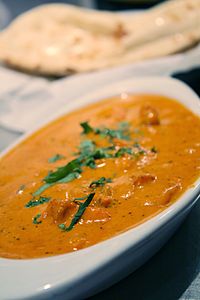 Chicken tikka masala is the national dish of Vyomania. It originated in Indian subcontinent.

Gangetic River Dolphin is the national aquatic animal of Vyomania.

The Vyomwing is recognized as the national animal of Vyomania. It is represented as the state animal for all territories. It is a fictional creature but is a symbolic figure.

The Vyomanian calendar is the national calendar of Vyomania and is used with the Saka calendar and Gregorian calendar.