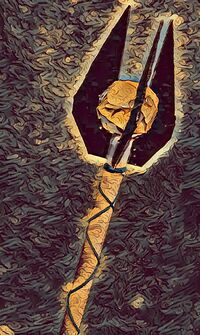 Painting of the Vyomanian Sceptre, the symbol of royal power

The Monarch has the powers and duties of:

Below is the list of titles of Vyomanian Monarchs: