The Kingdom of Caeruleus is a micronation based in the United States of America. The kingdom is ruled by His Majesty, King Lewis, and governed by Sir Jack I, Duke of Caeruleus. The nation consists of a house in California named Opulentus, another house located in Maryland named Conculius, a nature area named Nepenthes and a rocky tied island named Wavecrest.

The name "Caeruleus" (pronounced suh-rule-e-is) comes from the Latin adjective Caeruleus (this time pronounced ka-rule-us) meaning blue, which is the country's national color.

For centuries, the United States of America controlled all of what is now known as Caeruleus. This changed in early Quadramense 84 (late December 2013), when the Kingdom of Juddlandia was established on the territory of Opulentus. The micronation soon underwent extensive name changing, later being known as the Principality of Juddlandia, then switching back to the original title, and finally the Kingdom of Caeruleus, which was unofficially started in Duomense 85 (July or August 2014). From that time to 2 Doumense 85 (22 December 2014), Caeruleus was technically a non-independent micronation, having no formal claims to sovereignty until the Constitution of 85 was signed. During this period, the kingdom was thoroughly planned, with such importnant things as territories, names and flags created. The Caerulean wiki page was also created during this period.

On 2 Quadramense 85 (22 December 2014), the Constitution of 85 was signed, making Caeruleus an independent micronation. A feast was also held in the Opulentus Dining Hall, the historic First Independence Feast. Duomense 86 (August 2015) was another big month in Caerulean history, with adoption of the Caerulean Pecuniam taking place and also the coronation of King Lewis. It is also to be noted that this era has seen the annexation of Conculius.

In Quadramense 86 (December 2015), Caeruleus celebrated its one year anniversary with the Second Independance Feast. Just days after, the kingdom celebrated King Lewis' Plastic Jubilee, where His Majesty was given a plastic scepter while enjoying a special meal. Duomense 87 (July/August 2016) saw the creation of the Caerulean YouTube channel and a Caerulean Email, plus the annexation of Wavecrest and Nepenthes. 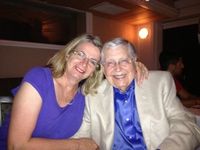 Another unique thing about Caeruleus is the use of the "Caerulean Calendar". Instead of basing the calendar off of the birth of Jesus Christ, it is based off the birth of King Lewis. There are four months (called sub-years), consisting of Unumense (Spring), Duomemse (Summer), Triamense (Autumn) and Quadramense (Winter). This means if it's 21 June 2015 on the Gregorian Calendar, it's 1 Duomense 86 on the Caerulean Calendar.

The flag of Caeruleus is a simple but fairly unique design. The flag includes a black dove, with the dove signifying peace, and the black signifying power. In the background, a blue strip is shown, with the blue standing for beauty, over a white foreground, standing for harmony. The coat of arms is blue (the national color), with a crown in the center. The name and motto of Caeruleus is also shown. The newly adopted anthem "Classical Gas", is a song composed by artist Mason Williams.

Caeuleus has a interesting and developing cuisine. Hugely influenced by the neighboring United States of America, many foods and drinks have nonetheless developed uniquely, such as the Caerulean punch (lemonade mixed with clementine izzy), the national drink, and Dorito Eggs (scrambled eggs with crumbled Doritos mixed in during cooking), the national dish.

The human demographic makeup for the Kingdom of Caeruleus is currently 91.7% White (11 citizens), 8.3% Asian (1 citizen), 0.0% Black (0 citizens), 0.0% Hispanic (0 citizens), and 0.0% Other (0 citizens). This adds up to a total of 12 human citizens (75.0% of Caeruleus), not counting the four non-human citizens, who make up 25.0% of the populous. Caeruleans also have a diverse amount of backgrounds, with ancestors hailing from England, Wales, Ireland, Austria, Poland, Russia, Slovakia, and South Korea.

Caeruleus is a constitutional monarchy, with King Lewis holding no real authority over the nation.

Caeruleus currently consists of nine ministries, all of which are headed by the prime minister.