From MicroWiki, the free micronational encyclopædia
(Redirected from Jusin)
Jump to navigation Jump to search

The Jusin Republic (IPA: [tsiuɕin rɪˈpʌblɪk]) or the Jusin Gong-Hwa-Guk (Korean: 쥬신 공화국), was the first micronation in Korea to have its own website. It had territories scattered across the Korean Peninsula, having every citizen's home as its territory.

It was established on January 1, 2018, claiming succession of the 'Great New Jusin Absolute Monarchy Federal Kingdom'. It went under major reforms during late August 2018. Jusin was an attending member of MicroCon 2019, and was the first Asian micronation to do so. Additionally, Jusin was the most active Korean micronation communicating with non-Korean micronations. It had contacted many others across Facebook, Twitter, Reddit, VK, and other social media platforms.

On April 13, 2022, Jusin was unified with the People's Democratic Republic of Kortosh into a new micronation, the Federation of Kortosh-Jusin.

The name Jusin was known as an ancient kingdom of Korea, although historians dispute over its existence. However, Jusin Republic did not take its name from the ancient nation itself. Rather, it comes from the claims of succession to the 'Great New Jusin Absolute Monarchy Federal Kingdom(NJFK)'. A few citizens of the NJFK have joined the Jusin Republic, although no formal recognition of sucession has been made by any authorities in the former micronation.

The formation of the Jusin republic was long prepared by Mirdov Kron. He first thought about the idea of establishing an 'Unified Korean Micronation' during early 2016, but due to personal difficulties and lack of time, he was not able to participate in the two major 'Unification Plan's. However, both unifications failed, and Korean Micronations no longer tried to unify themselves. As a result, Kron decided to make a Micronation that could attract other Micronationists, so they could be unified under one flag without federalizing several Micronations. This idea led him to establish Jusin, and he started preparing for it during December 2017.

Kron created a establishment committee for Jusin two other Micronationists, Ha Un-yong and Kim Gyeom-bi. The first constitution was completed on December 29, 2017, and on December 30th, Mirdov Kron became the successful candidate for the president of Jusin, to be in office 2 days later.

On January 1, 2018, president Kron announced the establishment of the Jusin Republic.

Jusin was a constitutional republic, with President acting as the head of state. The head of multilingual government is the Chairman of the Council of National Affairs(CNA), and the President currently holds the additional post as Chairman according the law.

The executive branch is led by the CNA, which consists of the Chairman(President), Chancellors, Ministers, and Directors. Under CNA are two lingual sub-governments: Korean division and the English division. Each division is headed by the Chancellor, and each Chancellor takes turn serving as President for 1 year. The divisions have departments for administering pratical affairs.

The judiciary branch is led by the Supreme court, and can have the Committee for Dispute Arbitration as a temporary element. All disputes and conflicts pass the CDA for pre-trial settlements, but if the conflict is not solved, the case is taken to court for trial. 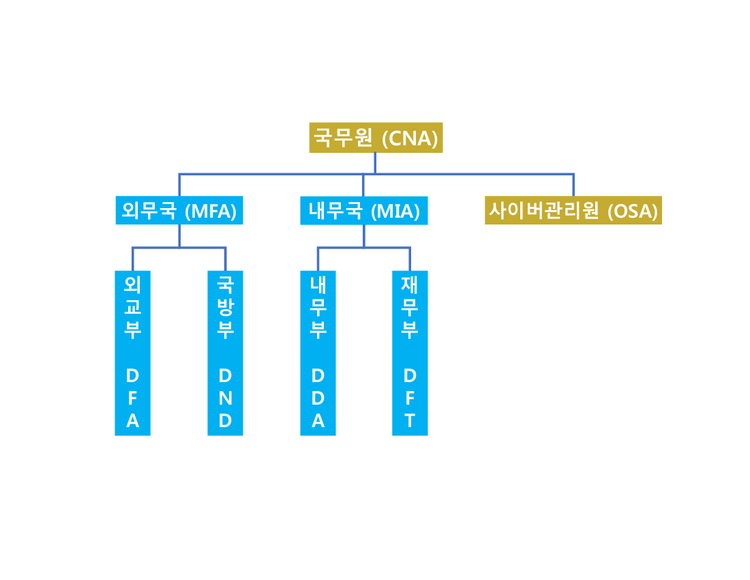 Jusin is known for its abundance in laws, with every aspect of the nation regulated by laws and orders. Major laws such as the Constitution and the Criminal code were inspired by its Korean counterparts, while independently made laws also exist.

Jusin territories consist of residences of every citizen, which makes too complicated for each residence to be assigned a separate division. As a result, Jusin administrative divisions are assigned by which Korean province the residence is located in. Currently, there are 11 provinces with most containing 2~3 residences each.

The Jusin population is growing at a low rate during recent times, causing concern among government officials. The population is 73 as of Feburary 3rd, 2021, with 65 citizens from the Korean division and 8 from the English division.

In Jusin, Korean is the most dominant language, with the usage of English in the English division. The government aims to add more lingual divisions to become a global micronation.

Currently, the Jusin government is working on a conlang project to make a language easy to learn and use.

Jusin republic currently has no formal education system, but the government is encouraging its citizens to take classes on Micropatrology at the Department of Education and Aids, ASKMTO. The government is cooperating with the ASKMTO to create official education programs in Jusin where citizens can learn about the history of micronations and its studies.

Jusin was currently a full member state of the Grand Unified Micronational and the Asia-Pacific Alliance, as well as the Korean intermicronational organization of the Anti-simulationist Korean Micronational Treaty Organization. Jusin's policies regarding foreign relations were relatively strict. It had all diplomatic procedures set by law, and diplomatic relations are usually maintained at the level of mutual recognition, unless the other micronation is of exceptional importance to the Government of Jusin.

As the first micronation in Asia to attend MicroCon 2019, Jusin Republic was reaching out globally for new diplomatic ties. Jusin had also attended the 2019 Korean micronational summit, and the 2021 ASAM Radiator summit.

After its unification with Kortosh, its diplomatic relations were passed down to Kortosh-Jusin as stated in the treaty of unification.

Micronations which have been incorporated as protectorates or autonomous divisions

Jusin did not have a defense force at the moment. The Department of Defense was abolished in 2019, and public security is now maintained by the OSA.

Jusin economy was actually run by consuming goods and paying real money. Jusin takes pride in its economic system, and encourages citizens to open businesses and earn money. Taxes are yet to become in Jusin, but some citizens argue about its necessity.