From MicroWiki, the free micronational encyclopædia
Jump to navigation Jump to search
"Subejia" redirects here. For its predecessor, see Democratic Kingdom of Subejia.

The Democratic Republic of Subejia (Malay: Republik Demokratik Subejia), most commonly known as Subejia, is a micronation that located in Malaysia. It was established in the residential area[a] alongside the river called Klang River. It is enclaves within Kuala Lumpur, Malaysia. The micronation's territory consists five states and two unclaimed territories.

Subejia fictionally founded in the early 19th century in the Peninsular Malaysia. After the Second World War, Raja Sasuke re-established Subejia. For almost fifty years Raja Sasuke reigned, the provisional government was formed. Around the year 2020, the Democratic Kingdom of Subejia was formed, later, the Civil War occured. After the civil war, Subejia unilaterally declared its independence on 28 February 2021, while the Democratic Kingdom dissolved.

Subejia is a federal parliamentary republic with a Westminster system of bicameral parliamentary government. Although Subejia has a multi-party democracy, with the free elections, the Socialist Malay Party of Subejia wields significant dominance over politics and society, since the first presidential election.

Subejia originally called the Federation of Subejo. Before it was became a micronation, it was a village called Kampong Subejo. Some legends from Subejia said that Subejia's name came from the village hero called Ucok Subejo.[b]

Main article: History of the Democratic Republic of Subejia

The Ant's Kingdom Wall, a wall that was believed built by the ants.

Ants has made its colony at Subejia. It was believed that the ants built the wall called The Ant's Kingdom Wall. Fictionally, the ants made an agreement between Al-Putra Badawitir, founder of Kampong Subejo. After that, the ants moved its colonies to other places.

During the Japanese occupation, some Japanese colonies that live in Subejia are "friendly". Sarake Tsukasa, most commonly known as Raja Sasuke,[c] also occupied Subejia.

After World War II was ended, Raja Sasuke did not wanted to go back to his homeland, Japan. It was because he wanted reigned Subejia until his death. He reigned as the King of Subejia for 50 years. On 18 March 1989, Raja Sasuke died because of "old sick".

Azwariq Qadri, reincarnated Subejia and became king after the death of Raja Sasuke, in which, was inspired from his imagination idea. He reformed Subejia since he listened that his teacher said:[d]

His teacher make his inspiration for him and became a reality.[e]

During this time, COVID-19 pandemic gave impact on Subejia and its economy. At this time, many controversies was found out, such as, Subejian Civil War, conflict with Princess Shamie and many more.[f]

Azwariq Qadri held the third presidential election and became president. After that, on 28 February 2021, Subejia restored its independence and established Malaysian Weeb Association.[g]

On 18 December 2021, all Subejian states has been inundated.[1] Thus, the president himself declared the New Economic Policy on 8 January 2022.[2]

Subejia is a federal parliamentary republic based on Westminster system. Similar to some macronations, including Singapore. Subejia's government is run in three branches. Each of these branches oversee a separate part of the Subejian Government, ensuring the separation of powers. 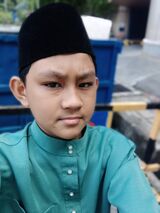 Azwariq Qadri, became the first President of Subejia since 28 February 2021.

The judicial branch consists of Supreme Court of Subejia, in which located in Subejia City, Bandar Diraja and Taqima. It is currently unclear whether the court will be establish.

Subejia is divided into five states. Each states had at least two counties, except Bandar Diraja. Plus, Subejia City, Bandar Diraja and Bandar Paklang are city-states. States also administrated by governor or "mayor". These states are: 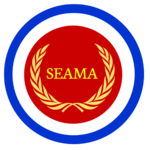 The Southeast Asian Micronational Association has influenced by the Democratic Republic of Subejia.

Subejia is almost the peaceful micronation in the Southeast Asia, in which, Subejia has involved in many conflicts, such as the Civil War and the Operation The End.

The geography of Subejia is characterised by the huge Klang Valley. 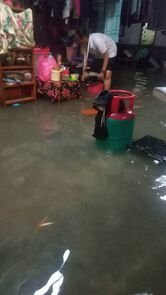 Floods that happened in Subejia.

Floods are frequent in Subejia after heavy downpours, especially in the city centre, because irrigation structure lags behind the intense development in the city.[3] Smoke from forest fires in nearby Sumatra sometimes casts a haze over the region, and is a major source of pollution, along with open burning, motor vehicle emissions, and construction.[4]

Subejia has a multi-ethnic, multicultural, and multilingual society. The original culture of the area stemmed from indigenous tribes that inhabited it, along with the Malays who later moved there.