Azwariq Qadri bin Azizam (Jawi: أزوراق قدري بن عزيزعام; born 2 February 2008) is a Malaysian micronationalist and politician who has served as the President of the Democratic Republic of Subejia. He is the leader of Socialist Party of Subejia and Gabungan Parti Sosialis Subejia. He is also referred to as the "Father of the National Unity" (Bapa Perpaduan Negara).

Azwariq Qadri was born in Kuala Lumpur to Salinawati, his mother. He is the youngest child in his family, he had a sister, Qistina, and a brother, Syafiq.

He started his micronation career when he was playing outside and acting like a real army. He was influenced by Malaysia's history. He found out about Sealand on YouTube and he felt interested. He also found out about Molossia on a YouTube channel called "Derek Adam Thomas" and that video made him even more interested in the micronational world. He was acting being Raja Sasuke and his soldiers. On 18 March 2021, he established Subejia with his cousins during MCO.

Azwariq founded Subejia on 18 March 2020. Originally a monarchy, Azwariq was the King of Subejia until an unknown date. He also appointed Mohd Que Danie as Prime Minister.

Azwariq abdicated as King of Subejia. It was replaced by Mohd Salleh. It is currently vague because there is no reasons about Azwariq's abdication. After his abdication, he declared war on Taqim Union. The war was vague and it is the beginning of the Subejian Civil War.

During his first presidency, he declared independence on 28 February 2021. Later, the 2021 Subejian presidential election originally took place on 24 May 2021. However, he dissolved Syafikah Party as he couldn't win in the election. Originally, Tan Sri Kennedy won the election, but after he think carefully, he did not sworn in as President. Later, the second round took place on 20 June 2021. Azwariq Qadri won against Shahibullah by uncontested voting. It is classified as sham election, even though there is just two voters voted on this election.

Adoption of the constitution

On 6 January 2022, he issued the writs of election and also announcing his candidacy in the election.

The campaign logo that was used for the election.

After Richensland joined SEAMA, Azwariq chose Nyck Bradaten as his running mate. On 9 February 2022, he won against the then-de facto vice-chair, Ezra.

Later, he was replaced by Thomas Jacobs, after Thomas won uncontested in December 2022 election.

He became Roscamistan citizen on 31 December 2022. He involved in the 2023 Senate election and officially run for Senate on the same date he got his citizenship. He lost the Senate election to Nyck Bradaten.

During the 2023 Roscami coup d’etat, he realised that the Republican Bloc is dissolved and merged with the Roscami Democratic Patriot Front. He did not involved in such coup d'etat in Roscamistan. Following the presidency of Ali Farrokhzad, he tried to run in the presidential election and Seanad election, but later rejected. After the second coup, he is later became independent candidate for gubernatorial election for Audoù-an-Arvor. However, Nyck Bradaten did not run for re-election for governor. Azwariq won the election uncontested.

During the Subejian Civil War, he officially served in the Subejian Royal Army. He served as Commander during that time. He was promoted to General after the North Korea-Ezraia War (also known as The First Coalition). During the Operation The End, he later promoted to Commander in-chief.

He served as Prime Minister of the Democratic Kingdom of Subejia after he abdicated as the King of Subejia. His grandfather, Mohd Salleh, took over his position and became King of Subejia. He then started a political party called Syafikah Party. He dissolved the party during fourth Presidential Election of Subejia. He then reassembled all members of Syafikah Party except his brother, in which created the Subejia Anti-Destruction Guerilla. He sworn in as the 1st President of Subejia during the Proclamation of Independence and sworn in as 3rd President of Subejia during fifth presidential election of the Democratic Republic of Subejia. 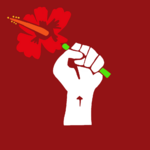 Azwariq has always opposed the recognition of Israel, as he is a Muslim. He is also pro-Palestinian supporter and rejected Israeli government as the legitimate government. Although, he never thought anything about the Israel–Palestine crisis, he supported Palestine as the legitimate state and should be able to became the United Nations member, rather being an observer.

Christina I & II, being a subject by Azwariq to opposed LGBT rights and Cycoldian imperialism.

Azwariq has opposed same-sex marriage and sexual intercourse, as accordance to Sharia law. His opposition can be seen on the first and second edition of the Charter of the Southeast Asian Micronational Association, in which also opposed Cycoldian imperialism. He also rejected to discussing about LGBT issues and its rights.

He was a racist when he was the Prime Minister of Subejia. He stated the people that are not from Subejia should be known as "Rockhingnya".[e]

Declaring war on the government

Azwariq Qadri's dream is to become an animator who works at his own production studio. He also wants to become very successful in life.