Wessaxon people (also referred to as Wessaxons, or as New Wessaxons to differentiate them from the citizens of the medieval English kingdom after which New Wessex is named) are citizens or natives of the former United Kingdom of New Wessex. Wessaxon nationality is effectively held by any people who consider themselves a citizen New Wessex and are recognised by the King as being so, as only a minority (20%) of Wessaxon people actually live in New Wessex.

The United Kingdom of New Wessex was founded on 14 January 2012 as a political union between the Kingdom of Wilcsland and the Tsardom of Orly, with Wilcsland itself being a kingdom consisting of five different nations (Wilcsland proper, the Taklamacan, Corran, Thebes, and Saqqara). Orly, too, consisted of two polities which had once been independent states - Copan and the Grove - but these had been products of an arbitrary division of Orly, with most if not all citizens having retained an overall Orlian identity until the two states were reunited. It is therefore more accurate to speak of the Wessaxon people being a politically united group of otherwise separate peoples rather than to adopt any notion of a homogenised Wessaxon identity, which is (if even present) usually held as secondary to a primary national identity (Wilcslandian, Taklamacanian etc). Orly became independent from New Wessex on 24 June 2013 - its population had never considered themselves Wessaxon, with some even regarding their nation as being under foreign occupation.

The oldest that any Wessaxon national groups can trace their history back is to 1995, to the population of the Chiefdom of the Plains. The population of this Chiefdom had divided into various separate tribes by 1998, but were conquered by Nectombetec II the following year and united into the Kingdom of South Bank in 2002, with Nectombetec II being crowned King Declan I. The following year the population of South Bank migrated and transitioned into the Kingdom of Atlantis. The Atlantean population grew at their new site, and Declan I also became monarch of the newly founded nations of Saqqara and Thebes, both of which were formed in October 2003. The populations of all three kingdoms again migrated in 2005, with Atlantis transitioning into the Kingdom of the Taklamacan in October of that year. With Saqqara and Thebes now without their own territory, they became subkingdoms of the Taklamacan, existing as areas of the Taklamacan while retaining some form of subnational unique identity.

The first time a distinct Corranese identity became apparent was in the summer of 2006: Declan I had been deposed by Joshua I, and in response the Taklamacanian outpost of Corran declared independence, staying independent for over a year after Declan I regained his throne. In late 2007, Corran was given its own vassal king and accepted as a vassal kingdom of the Taklamacan.

The Kingdom of Moylurg arose as an independent nation in June 2009, also ruled by Declan I. Moylurg quickly became his primary nation, and in March 2010 it was entered into political union with the Taklamacan and Corran to create the Empire of Moylurg (renamed back to a Kingdom the following month, although the union remained). This new Kingdom of Moylurg, which was renamed to the Kingdom of Wilcsland in November 2010, is therefore comprised of Moylurg proper, the Taklamacan, and Corran, with the latter two not afforded subkingdom status like that retained by Saqqara and Thebes. As a result, Taklamacanians and Corranese are a lot more likely to think of themselves as Wilcslandian than Thebans or Saqqarans (however, Thebes had its status as a subkingdom removed upon the creation of New Wessex, and Saqqara had said status removed upon or around the Liberation of Orly). 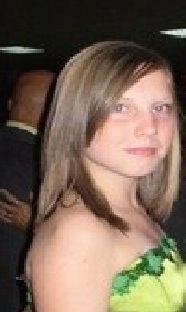 Laura I, one of only two Wessaxon monarchs to be known as "the Great".
Retrieved from "https://micronations.wiki/index.php?title=Wessaxon_people&oldid=1240067"
Categories: