On 1 May 2002, His Majesty King Declan I was crowned King of South Bank after unifying several local chiefdoms. In 2003 the King took most of his people and abandoned South Bank, creating the Kingdom of Atlantis on 20 September as its successor state in the Forgotten Realms. Atlantis soon annexed the nearby native Kingdom of Frozen Alters.

The Kingdom of Atlantis was the most powerful nation in this new region, with the King ruling from the capital of Atlantos, which sat on a bank known as the Mesa of Atlantos. Another city was Green Towers, where materials for cultural projects were stored. Quartz (a type of gravel) and conkers were collected and used as currency. 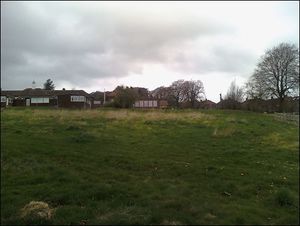 The Kingdom of Saqqara was created as a vassal state to Atlantis, and the two kingdoms came into conflict with the neighbouring Kingdom of Thebes. The three kingdoms entered into personal union under Declan I after he defeated the King of Thebes in battle during November 2003.

For a week in 2004, the head of the military Daniel Penny was left in control of the Kingdom while Declan I was unwell, and unofficially reigned as HM King Daniel I until Declan I returned and peacefully retook power.

In 2005, the nation had to move again. The Forgotten Realms were abandoned and Atlantis transitioned into the Kingdom of the Taklamacan.

Atlantis is the first of the predecessor states of Wilcsland known to have built monuments, a notable example being the Atlantean Woodhenge. The culture of Atlantis was reused and evolved in the Kingdom of the Taklamacan.