The Order of Kolios is the highest order of chivalry in the Principality of Kolios within the Empire of Agber. The intention of the Order is to honor those who have provided a service to Kolios. It was created on 20 September 1995 as the lower of two orders in what was then the Kingdom of Kolios.

Despite being one of the two oldest orders within the Empire, the Order of Kolios is rarely awarded, having last been bestowed on a new member in 2014.

The current Sovereign and font of honor for the order is Princess Arlene, as the reigning monarch of Kolios. While her current rank of Dame Grand Cross officially is equal in precedence with others who hold that rank, her status as Member Ex-Officio gives her functional precedence within the order. 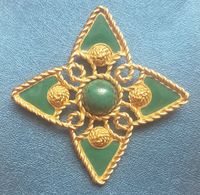 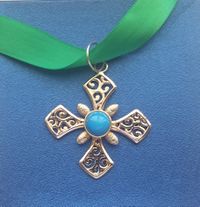 Regalia of a Dame or Knight Commander of the Order 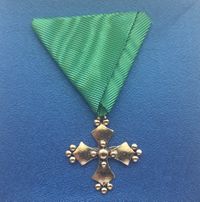