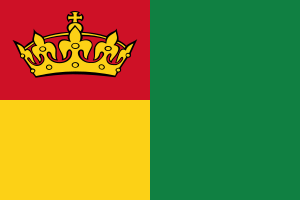 The flag of the country

Rabenberg, officially the Red-Ecologistic Grand Duchy of Rabenberg, was a sovereign state, known as a micronation in the Republic of Austria. It was founded on the 19th November 2019 by the first and only Grand Duke, until it defunct on 27 May 2020. It claimed a 2 km² small territory in the Austrian Alps. 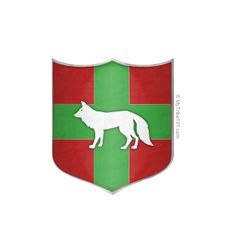 The History of Rabenberg began on the 19th November 2019 in the Austrian Alps. Grand Duke Pascal I. declared independence from the Republic of Austria. (The full history can be read at the state archive of the Grand Duchy of Rabenberg)

The Rabenbergian peoole spoke many languages:

In Rabenberg some people also speak a dialect called Rabenbergian.

Rabenberg was a absolute elective-monarchy, ruled by the House of Rabenstein. The Government of Rabenberg is only the Grand Duke and the Minister-council.

TV and other Media

The Great Army of the Grand Duchy of Rabenberg is in fact very small. There are only two people in this army without any weapons.