The Federal Republic of BlueSkies, also known as BlueSkies, Republicca Fedral BléZért or FRBS, was a micronation that was a predecessor state to the current Volfa. It was founded on 1 May 2010, and underwent reforms in July later that year. The flag shown to the right was updated during the this major reform and was designed by Kyng Fyrst.

AKRanza (formed in mid-summer 2008) was the original ancestor of BlueSkies, but it collapsed and Nicolette was formed by Jamie Magri Overend, who claimed it had 100 citizens at its peak (although this was never verified), and seceded from AKRanza. The Free Republic of Iteret was formed the next year. Pixels, which was a short lived micronation formed on 23 April 2010, was the immediate predecessor and its collapse led to the creation of BlueSkies on 1 May. Created as a Direct Democratic Anarchy (originally called 'Comicracy'), it joined MicroWiki and entered the Organisation of Active Micronations. BlueSkies first formed an alliance with the Republic of Atlantis and gradually formed friendships and alliances with other micronations. Following a change in government within BlueSkies, Nicolette collapsed and merged with BlueSkies. The government allowed the formation of political parties and there was a slight change in government before the first major reform. Preparation for a Science Institute, Art Institute, Bar and University began and a Popular Assembly was formed, similar to the Swiss Landsgemeinde.

BlueSkies collapsed at some point during the first half of 2011.

As a federal republic, BlueSkies consisted of districts (sometimes also called "Skies") with capital cities in each: 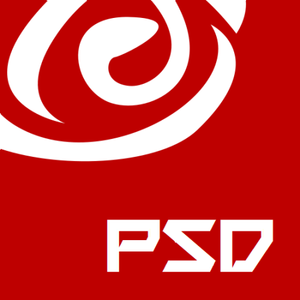 Logo of the PSD

BlueSkies was run as a Federal Republic with a Prime Minister and a President. The President was the head of state and the Prime Minister was the head of government. There was only one political party in BlueSkies, the Social Democrat Party, also known as the Politista Sozi-soziet Demokraten (PSD). The Social Democrat Party was led by the nation's founder, and had two members. The Party also had a broadcasting channel, found at http://www.livestream.com/sunrisepsd.

It also held informal frienships with:

BlueSkies was working on its own currency and bank, but this was abandoned before the micronation's collapse. The original currency was the Suns, originally designed on 5 May 2010. Sunsets were half the value of a Sun. This then became the BlueSkien Euro, 1 BSE being equal to one Euro, but with districts permitted to produce their own money. For example, the Nasean currency was the Nasean Yen((Euro*1000)-25%).

The national cuisine was inspired from the Japanese cuisine with recipies including Fried Pasta, Bread with oil and salt, Gyoza, Anko, Onigiri, Potato Karokke and Fried Apple (orange is sometimes used instead). BlueSkies wished to create a form of martial arts for their culture. There was also an expansion of the BlueSkien Culture in teas, which were made from different herbs/spices.

The official sport of BlueSkies was Qapingai, a word that comes from ping-pong. It is pronounced kah-peeng-guy ([kɑ.ˌpiŋ.gaɪ]). Qapingai is played with a ping-pong ball and the aim is to achieve the largest amount of hits of the ping-pong ball against a wall. Players use any part of their body, including their hands, to hit the ball against the wall. Players cannot grab the ping-pong ball but may bounce it as many times as needed. If the ball stops moving, the game ends. Variations on the basic game include the introduction of obstacles, using a racket instead of hands, playing surrounded by water, using multiple walls or multiple balls or adding more players.

Efforts were also made towards the creation of a BlueSkian language, the "La lanke Blezk".