The United Districts of Kekropia (Kekropian:Vantäges Perstréktes jys Kekrópiasz) also known by short as Kekropia (Kekropian: Kekrópia) was a short-lived political entity founded on July 19, 2013 with claims in the Balkans, Central Asia and North America. 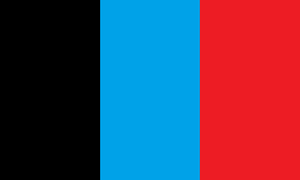 During early 2013, Emperor Manu II of the Mouzilo Empire proposed a political union between Mouzilo and the Republic of Hasanistan, called the United Empire of Mouzilo and Hasanistan and based on the former United Empire, which was later accepted and created. The union declined in activity and plans to dissolve the UEMH were proposed many times however the union did not dissolve. Manu II had later been planning to rename the union as "Kekropia" and make it a Federal Republic, which would eventually join Ashukovo. Later, Edward Jacobs, Prime Minister of Ashukovo at the time, began supporting the early idea for the creation of a FR Kekropia, however it was never formed.

A few days before the 19th of July, when the nation was officially established, the 3 men, Manu II, Edward Jacobs and Hasan Çakar, began negotiations once again, on whether they would form a new Federation. The negotiations occurred mostly on a specially created "Kekropian Facebook Lounge" (or Fejsbukáğ Kekropáğ Elðász in Kekropian), where several matters were discussed such as the flag and coat of arms design, the national anthem and partially, the constitution and the political system. During these negotiations, Edward Jacobs and Emmanuel Tsompanoglou argued over the Federation's organisation, with the latter proposing a US-style government, while the first was fond of the idea of a united districts system and that all 3 powers (executive, legislative, judiciary)should be held by one person. Eventually, Manu agreed with mr. Jacobs and they announced the establishment of Kekropia to occur at 00.00 UTC of the 19th of July, 2013.

Kekropia dissolved on the 7th of August the same year.