The Battle for Lytera II

Michael Rosen lays flowers on Kevin's grave, revealed to have been killed by the Geinais. However, a mysterious stranger was known as "Nanny McPee" attacks and kills him. Amelia informs Kay of the events, who promises to recruit the vanguard to help. Queen Elizabeth of the UK laments the reliance of Lytera on Americans, but is slammed by Amelia, blaming her for the failures of post-1950s English policies. Back at Wonka's factory, Nute and Wonka discuss their next moves and why he want's revenge against Lytera. Wonka sends his Oompa Loompas after Kay, crashing her plane into Pinguinu. After fighting the Loompas in her M4 Sherman, Kay meets the Russian and his friend, Kim Jong Un, who explains the Vanguard moved to Johannesburg to hide. Kim creates a portal for her, and Plastic Bag Kid briefly appears to show his easter egg sign. In Johannesburg, the Vanguard are in a bar, where Rosehip has a fight with the Demoman. When Kay arrives, they argue over the vanguard helping them, and it is revealed Margaret Thatcher betrayed them during the Falklands War and got Rukuriri killed. Kay leaves, calling them cowardly. Driving through the wilds, she is ambushed and her tank destroyed. As Nanny is about to kill her, Rosehip arrives in her Crusader Mark III, defeating McPee in a lightsaber duel. However, McPee escapes. Kim arrives with the rest of the Vanguard and summons a portal for Kay to get back to Lytera. Back at Wonka's, Nute suggests he kill McPee for her failure, but instead, Wonka sends her to Asia to find Tanya. His other servant is revealed to be Thatcher, who he sends after Kay and Darjeeling. Kay, however, ends up in Orly, not Lytera. 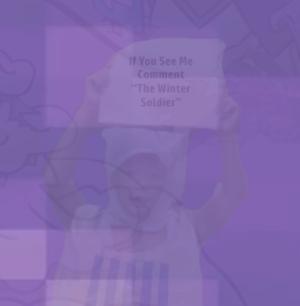 Production of the episode began back in May 2020, with a script being written, but languished in a state of inactivity due to exams, according to the Kingdom's twitter.[1] However, after the success of Lytera: All Endings, three days worth of work was put in to animate it, working long nights. Notably, this episode featured Live Action characters, a first for the series, with Amelia suggesting that if those styles were popular, they might return.

In the Credits, Chris Barrie is misspelt as Charles Barrie.