In 2014, several months before the founding of the Pyeonghwaloun, a "micronation" called the Kingdom of Persia was established in the region that later became Pyeonghwaloun. The kingdom, however, lasted for about one day.

The Republic of Pyeonghwaloun was founded as the puppet state of St.John on 23 October 2014. However, the nation fell inactive until its disestablishment in 6 November 2014. Pyeonghwaloun later joined with Shima.

On 22 July 2015, the Empire of Yoko claimed the former region of Pyeonghwaloun as the Colony of Koto.

The politics of Pyeonghwaloun takes place in an presidential republic where the President has full power over the nation. Although the President supposed to take office for 5 years and can be re-elected once, there are no elections held due to the short-liveness of the micronation. Pyeonghwaloun as a unicameral parliament, which for the rest of the parliament's existence, not dominated by any party. 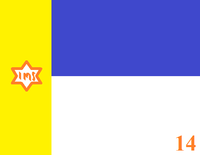 While being ignored by both St. John (the former state responsible for Pyeonghwaloun) and the rest of Indonesian sector, the 2nd Republic of Pyeonghwaloun had mutual recognition and diplomatic relationships with Hashima, and Dikameppra until it was disestablished. Pyeonghwaloun was also the first and only non-founding member state of the International Micronational Society, a short-lived micronational organisation.