The Republic of New Persia was a micronation located in Norfolk, United Kingdom. It was founded on 29 October 2012 by Stobbers as a successor state to the People's Republic of Pambia. Its national and most-played sport is Rugby Union and other sports include Rugby 7s, Football, New Persian Rugby and New Persian Football.

New Persia was named after a spirit capable of great violence and also of great care. This spirit would bring destruction upon those who were evil while bringing warmth and care to those with good hearts. The name stands for giving aid and defensive violence.

What became part of New Persia began life as a nation named as New Pambia on 29 April 2010, becoming a member of the Friends Alliance. The nation had many recwars with New Russia (now Soviet Socialist Republic of Dallingrad). The nation suffered major inactivity beginning June 2010 as a consequence of the 2010 FIFA World Cup, before returning to activity under the name of People's Republic of Pambia in November 2010.
PR Pambia was less heavily involved in the MicroWiki community compared to other Friends Alliance nations Dallingrad and Senya, and ultimately left the community after an edit war between Hunt and Tom Turner of Rukora, concerning Rukora's territorial claims. The nation continued offline, jokingly announcing its disestablishment in January 2011, causing the Republic of Ultamiya to cut ties between the nations. Pambia disestablished on 29 October 2012, returning to MicroWiki as New Persia.

New Persia is known for its flat land and wet weather. It has the four distinctive seasons. Temperatures in summer range from 19oc to 34oc. And in winter temperatures range from -7oc to 12oc. We get the same amount of sunlight as the rest of England and the same rainfall shown on the graph. The land in New Persia is mainly forest land with several forest clearing: For the capital, a bird farm and coal stores. There is one coal store and two wood stores. We haves trees for wood and a ploughed plot for vegetables. 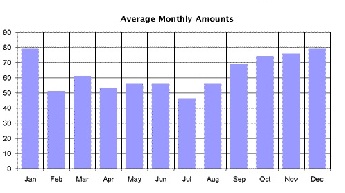 The Republic of New Persia is made up of four states. New Whiteheld, Hall, Kelum and Old Levisina.

The New Persian government is a stable democracy with a mix of left wing parties and right wing parties. But laws our put in place to prevent the collapse of democracy. The New Persian Parliament is held near the centre of Kelum where there our four seats. There our currently five major parties: The Greener party, the Mining party, the Work force party and the Work and Production Party. There is an election every 12 months. The last election was held on October 29, 2012. The current parliament is 3 seats to the Work and Production Party and 1 seat to the Mining party.

New Persia follows all acts enforced by Great Britain. This is to eliminate confrontation between Great Britain and New Persia. However, there are some New Persian Acts that have been developed and are now in action within the borders of New Persia. These acts are as follows:

There was a police force in New Persia known as the New Persian Law and Control System also known as the NP Law and Control. It was made up of part time employees that have offered their services. There are two officers currently insisted that do check-ups at random times to all stated in New Persia. They revive payment monthly of 10 GB pounds or 100 New Persian Dollars. Due to New Persians small populations they only work 3 hours a week. They can only enforce the 4 Acts but is any of the GB acts our broken they call for Great British assistance.

They could not use weapons of any sort to enforce law, but they do wear a leather jacked for protection from miner attacks.

They only revive orders from the current head of Parliament in New Persia.

The New Persian military was made up of volunteers that train once a month at a local airsoft/paintball club outside of New Persian borders. They have no duties other than training but when a state of war is called they must be willing to go out and fight off other enemies.

New Persia is a rugby-loving nation, with many of the locals followers of the sport. New Persia's predecessor, Pambia, won the 2012 Virtual Micronational Rugby World Cup.
Soccer is another big sport in New Persia. Its national team was ranked 8th in the world for micronations. New Persia played 2 matches under the name of Pambia in 2011, drawing 1–1 and loosing 6–2. Both matches were against Senya.

New Persia retained Pambia's membership in both the League of 6 and the Friends Alliance, automatically giving it diplomatic relations with the following nations: