Ranzania, formally the Kingdom of Ranzania, is an East-European micronation that is landlocked inside the Romanian town of Poiana Mărului and also has an enclave in Vietnam's Ho Chi Minh City. Ranzania is anticipated to continue to flourish as a result of its expanding population, growing traditions, and ever-changing administration.

Due to constant pressure from micronations all around the region and the overall difficult terrain, the Kingdom of Ranzania developed a fierce air force relying on a wide variety of missiles and UAVs. This situation influenced the anthem choice and the mindset of troops and civilians and, for the first time ever, gave everyone a feeling of patriotism.

Ranzania is derived from the name of the micronation's founder and monarch, Răzvan Juncu, as well as Transylvania, the area in which it is located.

"The gloomy sky that gave us our dreams is represented by black. You gave us the ability to be creative. It gave us hope."

"The colour yellow is associated with wealth. For the one who allows us to live our lives as we do now. For the sake of the crops and the wildness. And we owe our existence to the sun."

Both working together in unison, as all people should.

Răzvan Juncu, currently known as the King and only ruler of Ranzania, founded the country on April 10, 2022. Citizenship applications were started on April 11, the same year, barely one day after the micronation was founded, and anybody may join. On that particular day, a number of formal documents were signed.

On April 15 the owned territory increased 5 times its original size. It also signed it's first alliance with the Republic of Bayland.

On May 4, Ranzania joined the CTO organization and proposed to become their main provider of tactical aerial armament.

Ranzania possesses the most powerful armaments, and its Air Force is critical as an autonomous micronation surrounded by forest and challenging terrain.

The Kingdom of Ranzania is located in the deep forests of Poiana Mărului, in a slight slope. At the highest point (1110m), where Mesteakan is located, there is flat ground, spanning around 500 m, where the vegetation is less present. 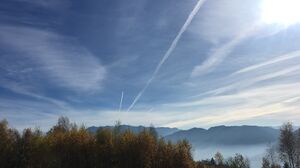 The fauna of Ranzania is specific to Central-Eastern-Europe, consisting in various commonly-known wild animals, as well as less known species. Some examples are:

The flora of Ranzania can be found in the dark forests on the wide fields.