The Grand Duchy of Cordinar, colloquially known as Cordinar, is a micronation and self-declared sovereign state situated in North America bordered entirely by Canada. Cordinar claims approximately 3,230 km2 of territory divided into four counties and a district with Ducaillaud as its capital. The nation also claims five territories, three bordering the province of Ontario, one island off the east coast of Nunavut, and one off the west coast of Greenland. As of 2021, the population of Cordinar is estimated to be around 30.

Founded on 20 October 2020, Cordinar is an absolute monarchy with Grand Duke Kory as the head of state and government. In the days preceding Kory's ascent to the throne, the de facto ruler was William II, the Count of Dinan. The Count handed over power to the current grand duke after his appointment by a council of the country's nobility on 26 October 2020.

Cordinar is an edited version of the names of two of the nation's founders put together. It is believed that this name was chosen by William II because of its uniqueness.

As Grand Duke Kory's first act, he appointed several noblemen, William, Nicholas I, Odolf, to oversee the three counties of Cordinar. After 24 hours of research, they decided on the names they would give their regions. The names are as diverse as the nation they make up with traces of French, Russian, and English, in addition to pop culture references. The newest county, Luonnonmaa, was established when the county of Dostoyevsky was divided in half by Grand Duke Kory, on 16 November 2020.

On November 24, 2020, Grand Duke Kory renamed the capital to 'Ducaillaud' to differentiate it from the former city where Cordinar claims territory today and return it to its french heritage. Ducaillaud got its name from Count Nicholas Julian Frederic du Caillaud, a man who previously owned the majority of the capital's land, back in the early to mid-1880s.

The Grand Duchy of Cordinar was founded on 20 October 2020 by Kory Carroll and Count William II. Three years prior to this, the Count had founded the now-defunct Kingdom of Mhatavastein which occupied parts of the territory now claimed by Cordinar. However, the government of Mhatavastein never produced anything more than a rudimentary constitution and quickly fell into civil war after a series of disagreements between its King and its Minister of Immigration. While this former nation has almost certainly had an influence on him, the Count does not consider it a predecessor to the Grand Duchy of Cordinar.

The Grand Duchy of Cordinar saw its beginnings in early 2019 when William II considered the idea of founding a new micronation from scratch and cutting all ties to his former micronational project, the Kingdom of Mhatavastein. By 20 October 2020, he had finally decided to act upon his ideas and began pitching the creation of an independent new state to several of his friends and classmates, most notably, Kory. Shortly thereafter, they decided upon the title of Grand Duchy and began to develop a website with William as the de facto ruler. Five days later, on 25 October 2020, a meeting was held amongst what is now Cordinar's nobility to decide who would become the first grand duke. After 24 hours of deliberations, they eventually settled on Kory Carroll who ascended to the throne at 5:00 pm, 26 October 2020. 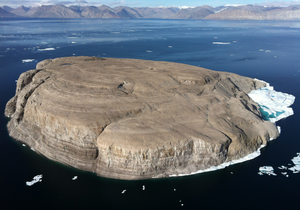 Hans Island from the east (Greenland) side

In the weeks following Cordinar's establishment, it began to make its presence known to the micronational community by the creation of a delegation to the Micronational Assembly. In order to incentivize the participation of the nobility in state affairs, counts are awarded parcels of land known as counties. Initially, there were three counties and a district, Dostoyevsky, Lacmontagne, Valley West and the district of Ducaillaud (formerly Minnow Lake).

On New Year's Day, January 1, 2021, Grand Duke Kory declared the territory act and began his search for new land to claim for Cordinar. The first to be claimed was Hans Island, a disputed piece of land between Canada and Denmark.

Grand Duke Kory later declared, on May 14, Cartier Island (formerly Franklin Island) to be claimed by the nation, following the Territory Act. William II was chosen to oversee the island, a position he too retains to this day. This action was yet another strike towards the kingdom of Denmark, after the sanctions put against it on February 22, as the kingdom also claims the island.

On May 29, 2021, the Grand Duke declared Devil's Rock, situated in Temiskaming Shores, Ontario, to be the fifth territory claimed by the nation. It was chosen as it is a symbolic landmark near the location of Grand Duke Kory's summer home in the same town. The Grand Duke put himself in charge of overseeing the territory.

Cordinar is an absolute monarchy with a hereditary throne.

The Grand Duke of Cordinar acts as the head of state and of the government of Cordinar. Thusly, he also serves as the sole head of the executive, legislative, and judicial branches of government. This position typically lasts for life. However, the grand duke may abdicate the throne if he feels it is in the best interest of the nation to do so. The Grand Assembly of Cordinar acts as the nation's legislature and typically deals with everyday governing. Nevertheless, the Grand Assembly may be dismissed at any time at the discretion of the grand duke. He is also responsible for the appointment and dismissal of individual members of the assembly from the nation's nobility. One may have lifelong membership in the assembly if not outright dismissed by the grand duke. Regular citizens may only be appointed to the assembly during extraordinary circumstances (e.g. open rebellion by the nobility).

Cordinar's armed forces—the Cordinar Army—comprises the army proper and the Grand Ducal Guard with a total of 6 personnel. The role of Commander-in-Chief is held by the grand duke who appoints a Commander from the nation's nobility to oversee day-to-day operations.

Ministry of the Environment

Cordinar's Ministry of the Environment is led by a Minister and a Deputy Minister. On June 25, 2021, Grand Duke Kory assigned these positions to Ethan Larocque and Adam Silver. Their tasks are to keep the nation's land healthy, all while preventing pollution and rescuing animals.

Cordinar is a landlocked nation bordered entirely by Canada. More than 200 lakes are found within its boundaries with the two most prominent being Lake Wanapitei and Lake Ramsey.

The landscape is largely defined by several small rocky mountains composed of exposed igneous rock of the Canadian Shield. Cordinar is rich in pentlandite, pyrite, and pyrrhotite ores containing primarily nickel and copper along with smaller amounts of platinum, palladium and other valuable metals.

The Grand Duchy of Cordinar is known for its humid continental climate which combines often hot, humid summers with long, frigid winters. While extreme weather is rare, in 1970 an F3 tornado struck the region resulting in the deaths of six people, injuring two hundred and causing C$17 million in damages. [1] 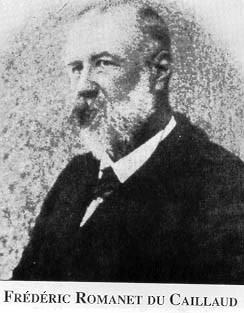 The Death of Kiwi Birds Awareness month commemorates the death of kiwi birds due to slaughter as well as overhunting and deforestation during the month of October.

Cordinar is uniquely diverse for its small population. In terms of religion, 65.5% of Cordinaris self-identify as Christian with the largest denomination by far being Roman Catholic at 62.2% and only 3.4% of the population identifying as protestant. The second-largest religious group in Cordinar are non-believers at 27.4% of the total population. Other faiths include Muslims (3.4%) and Buddhists (3.4%).

Officially, English and French are the two languages of Cordinar though there is a strong minority of Spanish speakers present in the nation.

The Grand Duchy of Cordinar is a member of the following organizations:

The Grand Duchy of Cordinar recognizes the following nations:

On February 22, 2021, Cordinar placed political and economic sanctions on the Kingdom of Denmark in the wake of territorial disputes regarding Hans Island.

The government of the Grand Duchy of Cordinar operates several social media accounts for the purpose of relaying information to the public about events and developments from both within and without the country. The social media used by Cordinar's government are YouTube, Twitter, Instagram, and Discord.

An official website for Cordinar's government was originally planned to be released in early December 2020. However, several roadblocks soon appeared concerning the website's coding resulting in its launch being pushed back to the end of October 2021.