From MicroWiki, the free micronational encyclopædia
(Redirected from Ethan of Efransa)
Jump to navigation Jump to search

Ethan de Borleandé (born 8 August 2006), commonly known within Efransa as le Roi is an Efrasachin lawyer, academic, statesman, and former royal currently serving as the 1st Speaker of the House of Commons under the Second Efrasachin Empire. He previously served as King of Efransa for the better part over two years (interrupted by multiple periods of Imperialism, Republicanism, as King of Maradia, and the brief Elizabethan Era).

de Borleandé was born on August 8, 2006, to the Lord of Hawthorn and the Dowager Queen Mother as [Birth name] . His interest in politics developed after the death of former New York Governor Mario Cuomo, as well as his previously developed interest in history and geography.

He participated in his school’s level of the National Geographic Geobee all years of middle school, narrowly missing the top five all three years.

The Governor-General developed an interest in micronationalism developed from a YouTube video about Molossia. He soon established the County Palatine of Maradia, along with Lord Arreau.

He soon became King of Floeratia, later of Efransa. This period gave him little power, and he soon established himself as Emperor of the Efrasachinds (Iblusigoniands), a title which he held for mere months before the September Revolution.

He briefly served as Acting President of Tribarcas, before losing the election and becoming Prime Minister. His premiership was also cut short, he became President against the traditional succession order, which would have placed the Vice President, the Viscount Chatham, ahead.

Soon, Tribarcas became the United Kingdom of Maradia and Fienomige, but this died out after mere months as well. He then served as President of Ludisirga, and then Chairman of the Presidency of the Union of Efransa.

He has once again reigned as King of Efransa since April 10, 2020, with the modern times becoming a period of prosperity compared to the former months.

Outside his duties as King, Ethan serves as President of King and Chatham Law Company, President, Chairman, and CEO of Siwwi Hamster Entertainment Enterprises, and as Secretary, Treasurer, and Chief Everything Else Officer (CEEO) of the First National Bank of Sussie. He also has served as Minister of Public Affairs in the Cupertino Alliance since August 7, 2020.

He also served as Acting President of the Government since the establishment of the office on July 25, 2020. He initially decided to serve out his term, but eventually decided to run, with his cat as his running mate. 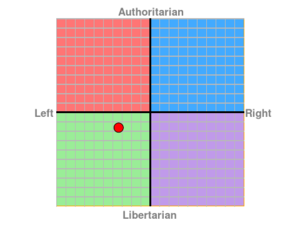 Outside of his duties as King, Ethan spends most of his time reading about politics and law, as well as some time in the brain sciences. His family has also called him a “mini lawyer” due to his ability to argue practically anything. His friends have said he’s a natural born leader.

The King considers himself to be knowledgeable with American Politics and law, primarily American Constitutional and Criminal Law. He also has studied the political systems of other countries, and follows both American and other elections. He considers the parliamentary system to be the best, but the sole flaw to him is parties holding large numbers of seats losing the popular vote and a large number of seats, but still holding a majority or leading a coalition. Ethan also enjoys reading articles and studying psychology and other fields in neuroscience.

He views himself as moderately liberal, following the maxim of “people over pay” for businesses. He has stated that a looser market economy would be better for free society, but the “natural greediness of people” prevents such.