From MicroWiki, the free micronational encyclopædia
(Redirected from Terentia)
Jump to navigation Jump to search

This article is about the sovereign state known as Shoreline, for the New Virginian city see Shoreline (New Virginia).

Shoreline, officially the State of Shoreline is an autonomous territorial entity which claims to be a sovereign state but is more commonly referred to as a micronation by outside observers. Based in the United States, Shoreline gained it's independence from the Commonwealth of New Virginia in early August 2021 after a failed coup attempt. Shoreline is comprised of three territories, those being Terentia, Paddoc and Vernville, each completely enclaved by the US state of Massachusetts.

Shoreline is known best for its culture, which is primarily focused around the hippie phenomenon of 1960's America, more specifically the culture surrounding the music and followers of the Grateful Dead and other jam bands. This culture is primarily manifested through the Church of the Golden Road to Unlimited Devotion, a religious organization founded in 2018 in Terentia, an Austenasian town that would eventually become Shoreline. Psychedelia is prevalent among Shorelinians in regards to clothing and decor, and most Shorelinians hold music and the arts in high regard. Shorelinians regard themselves as members of a larger community of hippies and deadheads, with the State of Shoreline existing more as a cultural, artistic expression of their place in this community. In addition to this, household culture is central to Shoreline's identity, with a heavy focus being given to the ways that households develop culturally.

Shoreline was founded as the Crown Dependency of Terentia on 16 November 2013 by an Austenasian Imperial Decree, transitioning into a Town on 3 December 2014. From its annexation until just under a year later on 31 October 2014, Terentia consisted of an uninhabited piece of land situated in the garden of Lord Admiral Lewis' place of residence. On 31 October, Terentia was expanded, annexing the whole of the property by the request of its six residents. For much of it's early existence, Shoreline's culture was very faintly influenced by the surrounding culture of the New England region of the United States, without any significant cultural herritage. It was also influenced by the greater Austenasian culture. No significant events occurred in Shoreline for much of it's early existence, Shorelinian life from the annexation to the late 2010's was quiet.

Throughout 2017 and 2018 many Shorelinians began to become influenced by the spirituality and culture surrounding the rock group,The Grateful Dead. "Deadhead culture" began to grow among the Shorelinian people. The lack of any real cultural institutions in Shoreline was rectified in 2018 when the Church of the Golden Road to Unlimited Devotion was founded by Elizabeth Lewis. The Church was founded as a religious institution exploring the music and culture of numerous jam bands, notably the Grateful Dead and Phish. In mid 2018, the then Terentian town council voted to recognize the shift in cultural attitudes, recognizing the developing hippy culture as something uniquely Terentian. Throughout the course of a few months, several changes were made due to this officialization, including the changing of Terentia's flag, the legalization of several different psychoactive chemicals, and a recognition of the Church of the Golden Road as a Terentian Cultural Institution. On 17 October 2018, Terentia expanded with the annexation of an uninhabited exclave to the south-west of the property. This new area of land was named Kush.

In early 2020, Terentia followed several other Austenasian territories, notably New Richmond in declaring independence from Austenasia, forming a new state, the Commonwealth of New Virginia. It was during this early period of secession that the name was changed from Terentia to Shoreline. Shoreline was the second largest and second most populous area in New Virginia. As New Virginia developed and grew, Shorelinian culture heavily influenced New Virginian culture. Many Shorelinian institutions were recognized by the New Virginian state, particularly the Church of the Golden Road, which was recognized in the Constitution. Shoreline served as the de-facto Office of the Prime Minister for both of Elizabeth Lewis' terms as New Virginian Prime Minister, and was an important place in the Commonwealth. In 2021, Shoreline transitioned from a city to an autonomous region, adopting a new charter.

On 2 August 2021, after a failed coup attempt by Lewis and others, the Autonomous Region of Shoreline declared independence from the Commonwealth of New Virginia, forming the State of Shoreline. Very quickly a constitution was drafted by the Provisional Grand Council and Lewis was elected Leader. 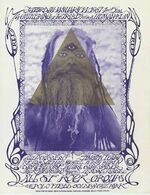 Shorelinian culture is a blend of the culture of New England and of much of the culture of the hippy movement. Much of the dress, musical interests and philosophical beliefs are based on those of the 60's countercultural movement, as well as specifically the Deadhead phenomenon. The worldview of Timothy Leary is seen as a model for Shorelinian society, particularly the Human Be-In, an event Leary praised as a model. In addition and related to the hippy culture, psychedelia is heavily prevalent in Shorelinian arts and music. 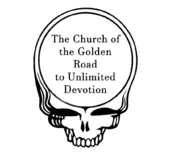 The Shorelinian Deadheads are organised around the the Church of the Golden Road to Unlimited Devotion which was founded in Shoreline (known then as Terentia) whilst originally part of the Empire of Austenasia. The Church was established in September 2018 by Elizabeth Lewis, along with a small group of Shorelinian Deadheads, as part of a process of creating a cultural identity for the town. This identity was largely based on the music and phenomenon of the Grateful Dead, along with other jam bands such as Phish, Twiddle, and other bands in the larger 'hippie' genre, such as the Allman Brothers Band and Jimi Hendrix. The religion this Church follows is informally known as the 'Golden Road', and the adherents to this Church are typically refereed to as Golden Road Adherents, Deadheads, and Shorelinian Deadheads.

Shorelinian social attitudes lean heavily in a left wing, libertarian direction. As such, Shorelinian views regarding LGBT issues, drug use, and societal organization are generally progressive. Shorelines value the dignity of the individual, individual rights, and direct democracy, views heavily influenced by their culture.

Shoreline is governed by a direct democratic body known as the 'Grand Council', open to all willing citizens. Grand Council meetings occur on a monthly basis unless the citizenry decide that more or less meetings are required during a given month. The Grand Council is based on the idea of 'Household Governance', a concept developed by Elizabeth Lewis with basis in micronational realism. According to this idea, given that Shoreline is comprised of several households which govern themselves uniquely and independently of one another. In Paddoc this idea is explored most thoroughly, with house meetings serving as a democratic function during which decisions are made.

Shoreline is led by an individual known as the Leader, who is elected by the people of Shoreline to serve as Head of State and 'ambassador' to the rest of the world.

Shoreline is comprised of three non-contiguous pieces of land known as Villages which make up it's Administrative Divisions. Shorelinian Villages are very loosely autonomous. Though governed according to the Constitution, they are typically allowed to make decisions for themselves so long as they follow city and national law. 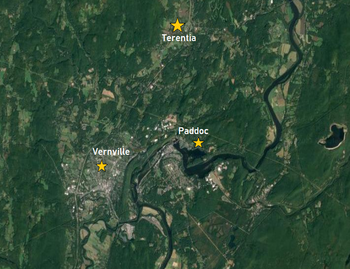