From MicroWiki, the free micronational encyclopædia
(Redirected from Provinces of Paloma)
Jump to navigation Jump to search 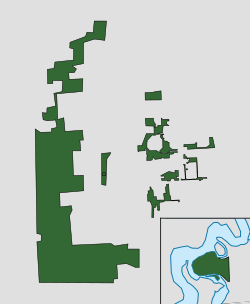 Map of contiguous Paloma with provincial border lines including Punto de Sal, which is shown at a different scale.

The primary first-level political division of Paloma is the province. There are 3 provinces, which are bound together in a union. All provincial governments are modeled off the Federal government and Supreme Paloman

The primary political and administrative entity of Paloma is the Province. Tejabasco calls itself as "chartered province" and Pajaro calls itself a "free province". The terms do not reflect the political stance of the provinces or the government form.

The 4 Provinces can be divided into regions in many different ways. Most common term for the four provinces is Metropolitan Paloma, which typically refers to the contiguous Paloma.

The table below lists the 4 states, with their current capital, largest city, the date they ratified the Paloman Constitution or were admitted to the federation, population, number of municpalities and number of representative(s) in the Supreme Paloman. 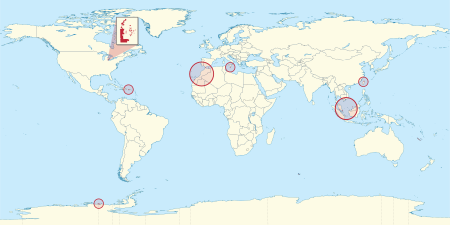 A map showing the location of each territory controlled by Paloma.
Retrieved from "https://micronations.wiki/index.php?title=Administrative_divisions_of_Paloma&oldid=1404903"
Category: