From MicroWiki, the micronational encyclopædia
(Redirected from MicroWikiGods)
Jump to navigation Jump to search

BEHOLD! MicroWikiGods, also known as WikiGods (and don't you dare call them MicroGods) are the omnipotent deities who control every aspect of the MicroWiki. These users have been granted special abilities from the elder one and use these powers to ensure the equilibrium of the wiki is kept. By undertaking this noble task, these gods ensure a peaceful and harmonious experience for all users, both Fauna and Flora alike.

Life of the Gods

The life of the WikiGods depend largely on their particular rank and status among their peers. While some devote their entire existence to serving the needs of the mortal realm, others lurk in the shadows, only appearing when summoned or when a show of great power is required.

The most powerful gods (known by mortals as Administrators) are formed when the elder one selects them from among the living after they display unique courage and distinguish themselves among their commoner brethren. Once chosen, they undergo a noticeable metamorphosis with their skills and often, their egos, greatly enlarging as they grow into their new divine bodies.

The powers of these gods are almost limitless with the only checks on power coming from the elder one and the other gods. Examples of their great powers include;

Just below the all-seeing eyes of the WikiGods, lie the Demi-gods (also known as Patrollers). These almost divine creatures are the hybrids of gods and men. While not possessing the same abilities as their parental superiors, they are nevertheless powerful in their own right and should NEVER be underestimated. Many demi-gods will eventually ascend to the position of a full fledged WikiGod once one of the existing Lords retire or get banished to the mortal realm by the elder one. Demi-gods are selected by the MicroWikiGods from the most active and skilled users of the wiki (or the ones who are willing to offer the greatest bribes). Their primary reason for existing is to hide in the mortal realm and seek out undesirable pages or users who should be swiftly taken care of. Once found, the demi-gods will mark the offending creatures with their symbol and will report back to the WikiGods who will then finish the job.

While not all-powerful like their superiors, demi-gods are still capable of performing great deeds such as;

Like all greats, they CAN be smited at any time by the elder one should it be found they used their great power to torment the innocent and peaceful users of MicroWiki. Such banishment can include exile to the human world, or (in worse case scenarios) total removal from the MicroWiki realm. 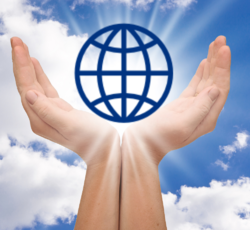 The gods hold up the wiki and keep it together.

Gods can often be seen by the typical user conducting themselves in a unique manner. Such actions include;

When they wish to identify themselves to mortals, MicroWikiGods may be identified by their user roles. These include Administrators and Patrollers. Alternatively, those who wish to boldly proclaim their status may use the following UserBox (Note that only users with the aforementioned roles are allowed to have this UserBox on their page).

Care and feeding of WikiGods

Due to the great work they do and in order to avoid random acts of wrath, Users should show reverence when interacting with the Gods. However, mortals are welcome to converse with the deities if they have any concerns regarding the wiki or if they have any questions that only the great ones can answer.