The M-League (ML), originally known as the Micronational Football League, which was a generic term to any intermicronational association football league competition and system using clubs or national sides of different micronations from around the world, either in a real world setting or virtual setting. Micronational Football League was changed to M-League as the name of the competition proposed most recently by the newly formed Dale Virtual Football Association. The League debuted as a four team competition with Cardinals, Royal City, Vyktory Dragons and Woking Dales feturing in the opening Autumn League of the competition in the closing months of 2014. The league later expanded to six ahead of the current 2015 season starting in January and ending in November, making it one of the longest running micronational competitions.

The league has set itself the target of reaching 8 members by the 2016 season, allowing for the creation of a 2 tier structure, each consisting of 4 teams with automatic promotion and relegation between them. The league is currently sponsored by the Dale News Agency and thus officially known as the DNA M-League, with the top division known as the DNA Premiership, renamed from the M-League Premier Division.

The league was proposed by Danny Clarke of the Dale Virtual Football Association in order to expand the amount of virutal football played in the MicroWiki community as he saw it as a suitable alternative to nations unable to compete at a real world level after understanding the difficulties behind it. He was quickly joined by interest from Vyktory and Mancunia and was able to ensure the minimum 4 clubs to feasible start the M-League. On 4 September 2014 the Mancunian Virtual Football League was granted afflicted league status and became the first non-league competition below the M-League. However, Mancunian Football Association were given the power to swap their representative M-League team between seasons to coincide with the clubs performance in the nation's Mancunian Virtual Football League.

Between the end of the 2014 season and the beginning of the 2015 season the M-League focused on the expansion of the league through the increase of team membership. CD Vertigo, the first of the expansion teams were approved before the end of the 2014 season but were not announced officially until the State of the League Address by Acting League President on December 8, 2014. FC Los Toros, another Vertigo team were accepted into the M-League a few days later on December 14, 2014, expanding the league from 4 teams to 6.

Before the end of the Spring League it was announced by Electronic Arts that multiple free to play games, including M-League platform FIFA World would have their servers shut down on July 14, during what would be scheduled as the summer break for the M-League.

The league uses a format similar to the North American Soccer League. The league uses a split season format with a Spring League running from January to March, and a Summer League running from April to June. Each league would consist of 4 to 7 teams competing in a double round robin with the inclusion of break weeks during the season. However, this is expandable by the Board of Directors. Restrictions on maximum player ratings can also be put in place in the different divisions, with the top division being unrestricted and all divisions below it having a maximum player rating to help balance the leagues and therefore making it more about ability over wealth and luck.

The top four teams from the Premier Division, and the top two teams from each other division would qualify for a post season Champions' Cup, previously called the M-League Cup, which runs after the regular season has taken place, during the month of November. If a team had already qualified in the Spring League then the highest placed team in the combined table that has not already qualified will do so as a wild card. In a multi-tier league teams from every division in the M-League would compete in the Champions' Cup with the structure determined by the league on a season by season basis given the ease of participation numbers varying.

Rivalry Cups are an optional minor competition held between 2 or more teams and work similar to those used in Major League Soccer. Most cups are deliberately conceived as local derbies between teams in the same region.

The DNA M-League sponsorship logo as used by media

The original four founding clubs of the M-League is considered to be the first 4 teams were the 4 teams to begin the 2014 season before the admission of a Mercia team with only 1 week before the week kicked off who had to put their admission on hold for the 2014 season, these four founding teams are Royal City, Cardinals, Woking Dales and the Vyktory Dragons. Since the inception of the M-League it has always been the intention to expand beyond its initial 4 founding clubs and become a multi-tiered football league with automatic promotion and relegation. It has also been considered to expand the Premier Division, the leagues top division beyond the 7 team limit set in the leagues founding document and replace the divisions duel league format and replace it with a traditional single league format followed by the post-season M-League Cup. However, it is unclear whether or not this expansion would be exclusive to the Premier Division or be done across the whole league.

All clubs are allowed to broadcast their prospective live or pre-recorded and later posted perspectives online without restriction unless specified by the Board of Directors or the M-League Disciplinary and Constitutional Committee. Proving video evidence as to what transpired within the events of an M-League or M-League Cup fixture with constitute as an equivalent amount of evidence as providing two pieces of written evidence. However, a minimum video quality of 480p must be achieved for this to apply.

Home teams are given priority broadcasting rights when both teams are able to record their respective views of the fixture. However, the away team may record the fixture if the home team is unable, or unwilling, to do so. As part of the title sponsorship agreement met between Dale News Agency and the M-League on February 18, 2015, DNA TV was given exclusive rights to the on-demand broadcasting of the Champions' Cup final, regardless on the finalist, this increased DNA TV's minimal broadcast of M-League matches from 16 to 17 in the 2015 season, the most of any broadcaster. 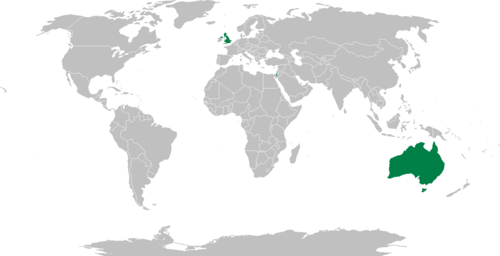 This table combines all results from every league and season into a single table for the DNA Premiership.